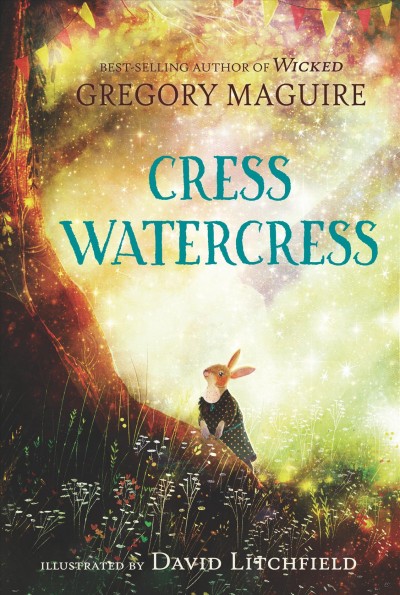 Cress Watercress by Gregory MaguireIn – “Picked it up because I loved Wicked (Both the book and the play) and it’s a good story with GREAT illustrations by David Litchfield.” – Chelsey

When Papa doesn’t return from a nocturnal honey-gathering expedition, Cress holds out hope, but her mother assumes the worst. It’s a dangerous world for rabbits, after all. Mama moves what’s left of the Watercress family to the basement unit of the Broken Arms, a run-down apartment oak with a suspect owl landlord, a nosy mouse super, a rowdy family of squirrels, and a pair of songbirds who broadcast everyone’s business. Can a dead tree full of annoying neighbors, and no Papa, ever be home? 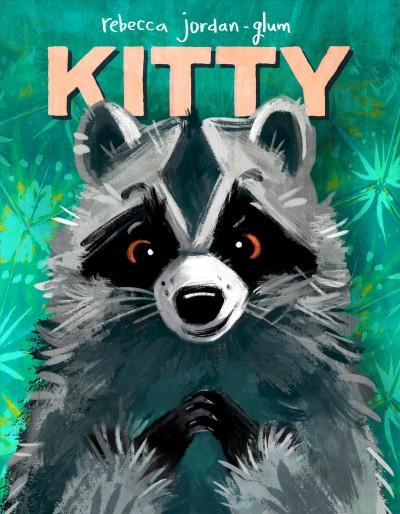 When Granny comes to cat-sit, she’s in for a lot more than she anticipated in this sly, irreverent picture book by Rebecca Jordan-Glum (The Trouble with Penguins, Fall 2020). “Don’t worry about a thing,” Granny said. “The cat will be just fine.” When Granny comes to cat-sit, she anticipates a little work, a few snuggles, and a good night’s sleep. What she doesn’t expect is CHAOS. After Granny misplaces her glasses, she accidentally lets the cat out…and a raccoon in…a raccoon that looks a little like a cat. What follows is a raucous escapade that leaves in its wake one very confused Granny, one very upset cat, and one very satisfied raccoon. [MacMillan] 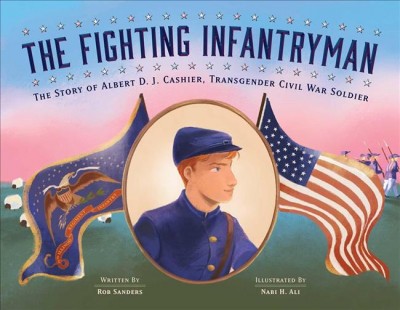 In 1861, the winds of war blew through the United States. Jennie Hodgers, a young immigrant from Ireland, moved west to Illinois and soon had a new name and a new identity–Albert D. J. Cashier. Like many other young men, Albert joined the Union Army. Though the smallest soldier in his company, Albert served for nearly three years and fought in forty battles and skirmishes. When the war ended, Albert continued to live his life as a man. His identity fit him as snug as his suspenders. Decades later, a reporter caught wind of the news that an old man in the Soldiers’ and Sailors’ Home was actually a woman. The news swept through the country. What would happen to Albert and his military pension? Would he be allowed to continue to live as he wished? How would his friends, fellow soldiers, and others in the community react? This book is published in partnership with GLAAD to accelerate LGBTQ inclusivity and acceptance.