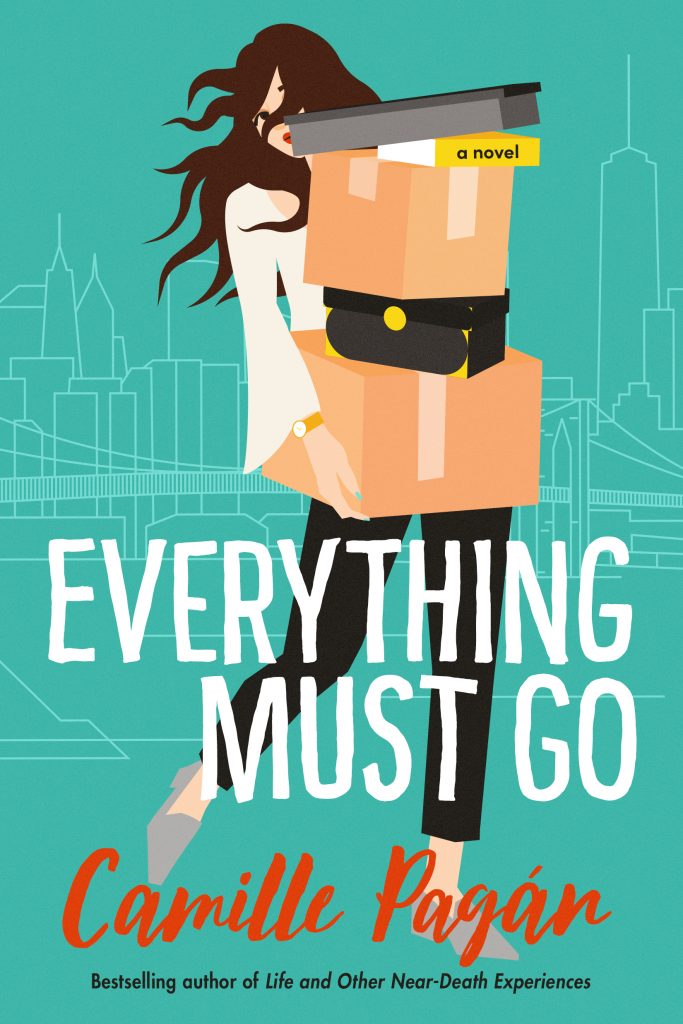 Everything Must Go by Camille Pagan

Laine Francis is a home organizer living in Ann Arbor with her husband, and grieving the recent loss of her dog. Laine grew up in New York City, and one thing she knows for sure is that while she enjoys visiting her sisters and mom in New York, she does not want to raise her own kids there. The subject of having children is sensitive, however, because Laine’s husband Josh is not ready to start a family yet.

Laine travels to Brooklyn when her sister’s tell her that they suspect that their mom has dementia, and they need to make some decisions. While Laine is in New York, she runs into her former very best friend, Ben. The end of their friendship was a sudden blow to both of them, and Laine has never really understood why the friendship, and beginnings of a romantic relationship, came to a crashing halt.

While Laine is visiting her mom and sisters, she gains clarity about a lot of situations. Laine realizes that her marriage has reached a tipping point, and that she does not have time to wait for her husband to be ready to have children. Laine also struggles with her family’s request to move back to New York to care for her mother. Laine has always tried to do whatever she can to please others, and she is torn between letting her family down and letting herself down. Laine knows with 100% certainty that she wants to have children and she wants to raise them in Ann Arbor. Ben is a comforting support to Laine, and he helps her see that she needs to put herself first and establish some boundaries, even if it’s unfamiliar and uncomfortable.

This book has a lot of storylines, and they do not all seem fully-developed. The topics are heavy but the story is light, and the mix of the two is not one hundred percent smooth. The relationship between Laine and her mom is touching, as her mom reveals some secrets that help Laine make sense of things that happened in her childhood. Laine’s internal battle between starting a family before it’s too late and staying in New York to care for her mom is instantly relatable to anyone who feels torn between what they want and what they feel they should do. This book is definitely not my favorite by Camille Pagan, but it was a good, engaging read.