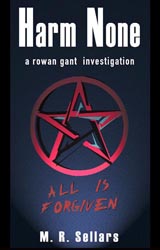 Rowan Gant, self-proclaimed witch, is brought in to help his best friend, Detective Ben Storm, solve a brutal murder that involves elements of Witchcraft. As the number of horribly gruesome murders grows, Rowan is drawn into relentless visions and nightmares that, bit by bit, offer painful clues as to who the perpetrator of the crimes might be. Along the way, he continuosly battles misconceptions that almost everyone harbors about The Craft. The reader is carried along on an increasingly suspenseful and horrific tale involving pentacles and pentagrams, expiation spells and protection spells, at such a whirlwind pace that he forgets to question the plausability of what is happening: he simply believes, and is terrified. Meet Rowan in his first investigation, and see if you can solve the ghastly mystery before he can. 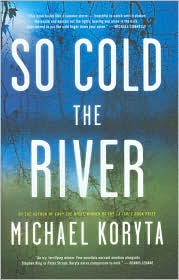 So Cold the River ~ Michael Koryta

When down on his luck filmaker,  Eric Shaw is asked by Alyssa Bradford to travel to her dying father-in-law’s hometown to do a retrospective about his early life, Eric figures it’ll be easy money and it may help him get back on his feet again. But it turns out there’s a much deeper mystery that surrounds West Braden, IN (near French Lick) and all Eric has to go on is a bottle of “Pluto Water,” a cure-all remedy mineral water which was manufactured in the town 80 years ago. Soon after arriving and drinking some of the water, Eric begins having frightening hallucinations causing him to question his sanity. Are the visions tied to the mystery or are they a figment of Eric’s imagination? So Cold the River is reminiscent of Stephen King’s The Shining and Michael Koryta even mentions the Overlook Hotel. It’s a wonderful example for anyone who loves character driven creepy, horror paranormal thrillers that tend to keep you wide awake.