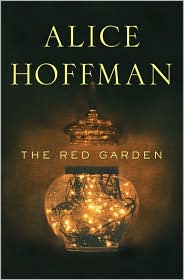 Hoffman’s latest novel looks at the history of Blackwell, a fictional town in western Massachusetts. Blackwell was founded by a con artist short on survival skills and his young immigrant wife who was the true pioneer. Each chapter explores a different generation and watching characters who were children in one chapter return as  grownups in another was a delight. At times I wanted a character to last more than a chapter or two, but Hoffman’s characters are amazingly well-developed despite their brief appearances.

I have to admit that this was the first book that I have read by Alice Hoffman and I can see why she has such a following. She is a terrific storyteller. Her combination of historical details, great characters and relationships and a touch of magical realism made for a compelling read. I savored each chapter, reading just one a night. She touches on most of the major historical events in a very personal way with cameos by Johnny Appleseed and Emily Dickinson. Her story was so lovingly told that Blackwell felt like a real place.