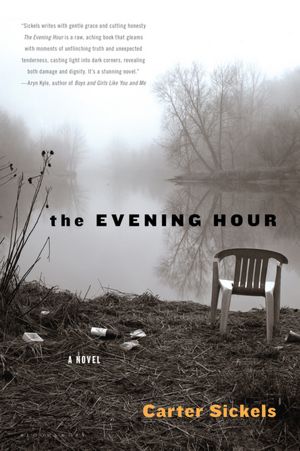 Raised by his grandmother and grandfather, an overly zealous, snake handling preacher, Cole Freeman is a 27 year old nursing home aide in Dove Creek West Virginia. He is also a drug dealer, selling prescription medications initially as a way of helping his grandparents pay their medical bills. The Evening Hour puts the reader in the passenger seat of Coles beat up pickup truck as he makes his way down the back roads and hollows where we meet an unusual cast of characters that make up his customers.

Also central to the story is the destruction of the land by the Heritage Coal Company whose way of mining for coal is to blow the tops off of the surrounding mountains. Some families, under constant pressure from the coal company, have sold their land. Others like Cole and his grandmother refuse to leave the only home they have ever known. When a mining accident devastates the town things start to come into perspective for the aptly named Cole.

There is nothing more satisfying for this reader than a great debut novel. Carter Sickles the Evening Hour is a shining example. Sickels writes with such feeling and honesty. I found the story so intriguing and genuinely liked Cole in spite of his life style. The way he tenderly cares for his patients, grandmother and even his concern for his customers is both beautiful and heartbreaking.

Check the catalog for the availability of The Evening Hour.

One thought on “The Evening Hour ~ Carter Sickels”