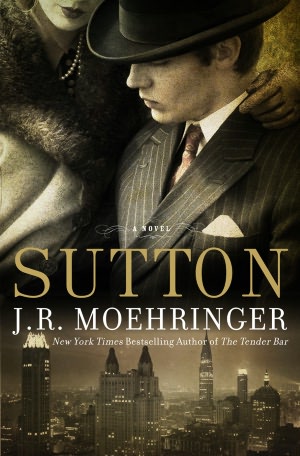 Born in the squalid Irish slums of Brooklyn, in the first year of the twentieth century, Willie Sutton came of age at a time when banks were out of control. If they weren’t taking brazen risks, causing millions to lose their jobs and homes, they were shamelessly seeking bailouts. Trapped in a cycle of bank panics, depressions and soaring unemployment, Sutton saw only one way out, only one way to win the girl of his dreams.
So began the career of America’s most successful bank robber. Over three decades Sutton became so good at breaking into banks, and such a master at breaking out of prisons, police called him one of the most dangerous men in New York, and the FBI put him on its first-ever Most Wanted List.

But the public rooted for Sutton. He never fired a shot, after all, and his victims were merely those bloodsucking banks. When he was finally caught for good in 1952, crowds surrounded the jail and chanted his name.

Blending vast research with vivid imagination, Pulitzer Prize-winner J.R. Moehringer brings Willie Sutton blazing back to life. In Moehringer’s retelling, it was more than need or rage at society that drove Sutton. It was one unforgettable woman. In all Sutton’s crimes and confinements, his first love (and first accomplice) was never far from his thoughts. And when Sutton finally walked free–a surprise pardon on Christmas Eve, 1969–he immediately set out to find her.

The patron said this book was wonderful. She was worried about being able to finish it in 7 days, but she read it in a day and a half. She just couldn’t put it down.

Check the catalog for availability.