The following titles are recommended by Charlotte. 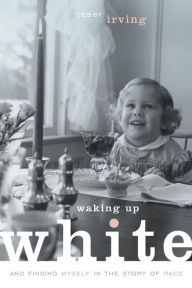 Waking Up White, and Finding Myself in the Story of Race by Debby Irving
About the book: “For twenty-five years, Debby Irving sensed inexplicable racial tensions in her personal and professional relationships. As a colleague and neighbor, she worried about offending people she dearly wanted to befriend. As an arts administrator, she didn’t understand why her diversity efforts lacked traction. As a teacher, she found her best efforts to reach out to students and families of color left her wondering what she was missing. Then, in 2009, one “aha!” moment launched an adventure of discovery and insight that drastically shifted her worldview and upended her life plan.”

Under the Same Sky: From Starvation in North Korea to Salvation in America by 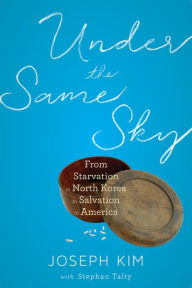 Joseph Kim and Stephan Talty
About the book: “Inside the hidden and mysterious world of North Korea, Joseph Kim lived a young boy’s normal life until he was five. Then disaster struck: the first wave of the Great Famine, a long, terrible ordeal that killed millions, including his father, and sent others, like his mother and only sister, on desperate escape routes into China. Alone on the streets, Joseph learned to beg and steal. He had nothing but a street-hardened survival instinct. Finally, in desperation, he too crossed a frozen river to escape to China.

There a kindly Christian woman took him in, kept him hidden from the authorities, and gave him hope. Soon, through an underground network of activists, he was spirited to the American consulate, and became one of just a handful of North Koreans to be brought to the U.S. as refugees. Joseph knew no English and had never been a good student. Yet the kindness of his foster family changed his life.  He turned a new leaf, became a dedicated student, mastered English, and made it to college, where he is now thriving thanks to his faith and inner strength.”