Book Riot does this great feature called “Buy, Borrow, Bypass” and I like it, so I’m going to do that here. 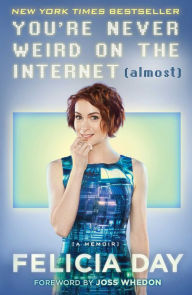 Don’t recognize the name Felicia Day? Don’t worry – you’re not alone. You might be familiar with her face from such Joss Whedon-helmed projects like Buffy, Dr. Horrible’s Sing-Along Blog, or Dollhouse, though. Or maybe you remember her red hair in seasons seven, eight, and nine of Supernatural? Or somehow you’re really into MMORPG and watched The Guild??? (Didn’t think so.) If Day’s name or face doesn’t ring any bells, it’s safe to assume you probably won’t be into her debut, You’re Never Weird on the Internet (Almost), either. The book functions as a timeline of Day’s life, but feels less autobiographical and more like a play-by-play of her spectacularly odd adolescence, amounting to the origin story for the mythos that’s sprouted up around her. Is this because pop culture looks at Day as some kind of online creation and not as an actress who just happened to make it big by becoming Internet Famous™? Or maybe because it’s easy to get confused between real-life Day as Codex playing World of Warcraft and The Guild Day as…Codex playing a fictional World of Warcraft??? I didn’t go into the book expecting much, but it was still kind of disappointing. 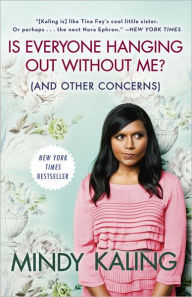 Is Everyone Hanging Out Without Me? (And Other Concerns) / Why Not Me?

I’m smooshing Mindy Kaling’s two biographies – 2011’s Is Everyone Hanging Out Without Me? (And Other Concerns) and 2015’s Why Not Me? – into one review because I have the same feelings about both of them, i.e., they’re awesome. Kaling is someone about whom I’ve learned great things via GIFs on Tumblr, and her memoirs (basically Parts I and II) really only exaggerate her cool factor. (Is that still a thing? Let’s make it a thing.) Instead of writing about her life linearly from point A to B, she structures both books as a collection of essays and anecdotes about making a living as a female comedian in Hollywood, first as a writer on The Office and then as showrunner for The Mindy Project. Through her writing, Kaling comes off as a person who knows how to 1) successfully navigate the male-dominated film industry, 2) do so with both grace and humility, and 3) be funny as hell in the process. She’s definitely worth a read if, like me, you haven’t had the chance to officially meet via a television screen.

Verdict: BORROW unless you’re already a fan and then BUY 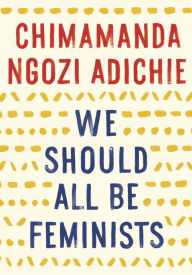 We Should All Be Feminists by Chimamanda Ngozi Adichie

If you aren’t already feminist-leaning, Adichie’s print adaptation of her 2013 TEDx Talk might not convince you why you should be – but you should read it anyway. In 52 pages, Adichie succinctly explains what the word feminist means to her and why she considers herself one. Although her speech’s title definitely comes off as click-bait (if you’re feeling brave, just scroll through the video’s comments), the words themselves don’t. Adichie makes it easy to nod along and feel empowered to create change, just by acknowledging one’s own privilege in gender, race, or economic class. At its core, feminism isn’t a complex theory that one needs an advanced degree to understand; hopefully, if enough people read We Should All Be Feminists, maybe it won’t feel like one.