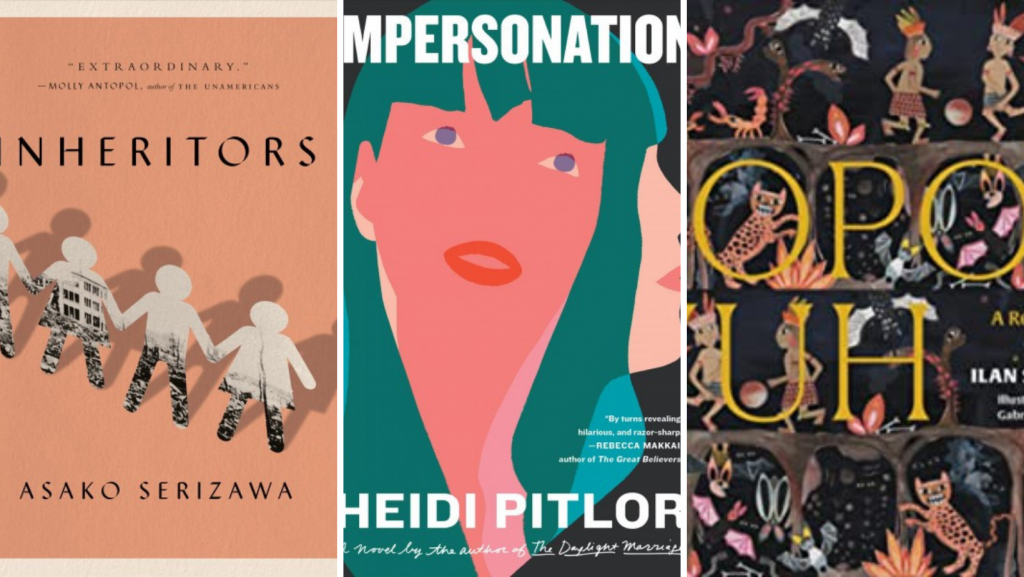 An interwoven set of linked chapters, Inheritors is also a generational saga of a Japanese family before, during, and after World War II. The book includes a table of contents as well as a family tree, which visualizes the connections between characters and across timelines. I don’t particularly gravitate toward historical fiction (least of all fiction set during World War II) but Inheritors brought a new perspective to war fiction. In connecting all of the characters familially and structuring her novel non-chronologically, Serizawa asks her readers to examine what it means to inherit. Just as genes can pass from one generation to the next, so too can grief and trauma.

Impersonation follows single-mother Allie as she ghostwrites a ‘motherhood memoir’ for a prominent feminist during the 2016 US presidential election, continually blurring the line between her subject’s life and her own as she’s given less and less material with which to work. I could have easily seen this as a thriller à la Single White Female or The Talented Mr. Ripley—which, without reading the summary first, is where I thought the book was going—but it’s mainly about Allie’s life and all that encompasses: a fraught relationship with her mother, a casual fling with a man who’s “finding himself,” and, most importantly, taking care of her four-year-old son without much help. While I enjoyed the time I spent reading, the book was mostly just… okay, a solid three-star read that could have been worse but also better. (To be swayed by an eye-catching cover…)

A gorgeously illustrated retelling of the Mayan myth of creation, Popol Vuh was read in one sitting. Although I wished this had been available in audio (if for no other reason than the pronunciations), I still got to spend an evening enjoying art and getting more cultured. Stavans’s adaptation in the fiction category specifically subverts and questions what it means to call something a myth—what, in essence, a library or individual might think of as fiction versus fact.