In our Today In History Reading List feature, we take the events of a particular day in history and give you a work of fiction and a work of non-fiction relating to that day’s events.

1704 The Raid on Deerfield, Massachusetts.

Early in the morning of February 29th, a force of French and Native Americans attacked the frontier town of Deerfield, Massachusetts. They burned the town, killed 47, and took 112 captives back to Canada. This small skirmish took place amid Queen Anne’s War. 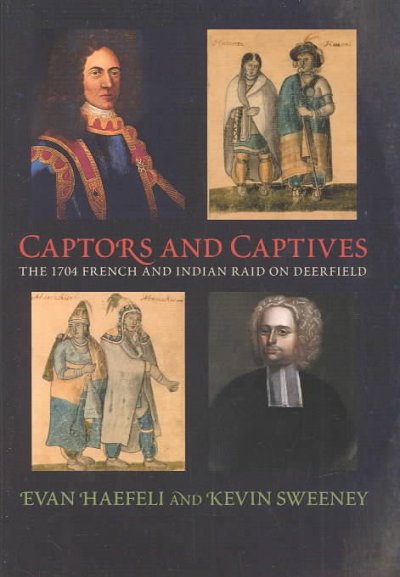 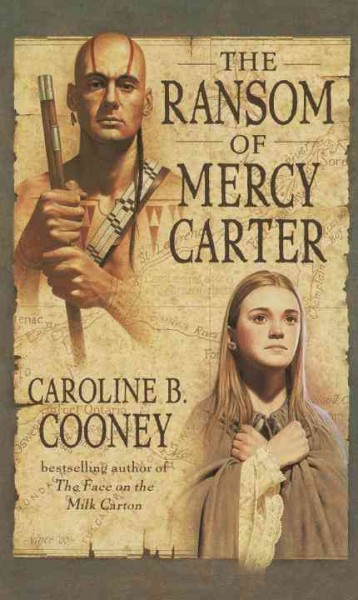 Captors and captives: The 1704 French and Indian raid on Deerfield by Evan Haefeli

“Haefeli and Sweeney reconstruct events from multiple points of view, through the stories of a variety of individuals involved. These stories begin in the Native, French, and English communities of the colonial Northeast, then converge in the February 29th raid, as a force of more than two hundred Frenchmen, Abenakis, Hurons, Kahnawake Mohawks, Pennacooks, and Iroquois of the Mountain overran the northwesternmost village of the New England frontier. Although the inhabitants put up more of a fight than earlier accounts of the so-called Deerfield Massacre have suggested, the attackers took 112 men, women, and children captive. The book follows the raiders and their prisoners on the harsh three-hundred-mile trek back to Canada and into French and Native communities. Along the way the authors examine how captives and captors negotiated cultural boundaries and responded to the claims of competing faiths and empires — all against a backdrop of continuing warfare.” [GoodReads]

The Ransom of Mercy Carter by Caroline B. Cooney.

“Deerfield, Massachusetts is one of the most remote, and therefore dangerous, settlements in the English colonies. In 1704 an Indian tribe attacks the town, and Mercy Carter becomes separated from the rest of her family, some of whom do not survive. Mercy and hundreds of other settlers are herded together and ordered by the Indians to start walking. The grueling journey — three hundred miles north to a Kahnawake Indian village in Canada — takes more than 40 days. At first Mercy’s only hope is that the English government in Boston will send ransom for her and the other white settlers. But days turn into months and Mercy, who has become a Kahnawake daughter, thinks less and less of ransom, of Deerfield, and even of her “English” family. She slowly discovers that the “savages” have traditions and family life that soon become her own, and Mercy begins to wonder: If ransom comes, will she take it?” [GoodReads]

South Carolina raised the working age of individuals in mines, mills and factories from 12 to 14. 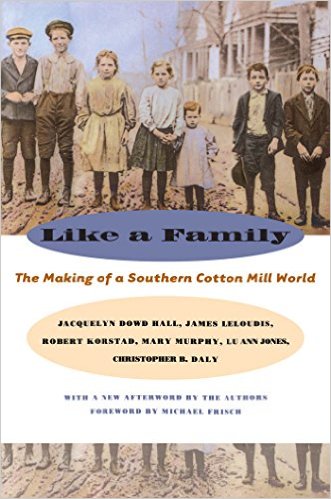 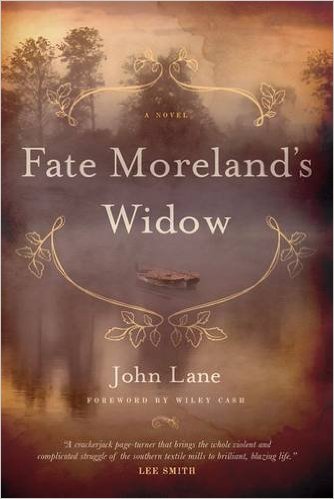 Like a Family: The Making of a Southern Cotton Mill World by Jacquelyn Dowd Hall

“Since its original publication in 1987, “Like a Family” has become a classic in the study of American labor history. Basing their research on a series of extraordinary interviews, letters, and articles from the trade press, the authors uncover the voices and experiences of workers in the Southern cotton mill industry during the 1920s and 1930s. Now with a new afterword, this edition stands as an invaluable contribution to American social history. “The genius of “Like a Family” lies in its effortless integration of the history of the family–particularly women–into the history of the cotton-mill world.–Ira Berlin, “New York Times Book Review” “”Like a Family” is history, folklore, and storytelling all rolled into one. It is a living, revelatory chronicle of life rarely observed by the academe. A powerhouse.–Studs Terkel”Here is labor history in intensely human terms. Neither great impersonal forces nor deadening statistics are allowed to get in the way of people. If students of the New South want both the dimensions and the feel of life and labor in the textile industry, this book will be immensely satisfying.–“Choice” [GoodReads]

“On a placid Blue Ridge mountain lake on Labor Day Weekend in 1935, three locals sightseeing in an overloaded boat drown, and the cotton mill scion who owns the lake is indicted for their murders. Decades later Ben Crocker–witness to and reluctant participant in the aftermath of this long-forgotten tragedy–is drawn once more into the morally ambiguous world of mill fortunes and foothills justice. The son of mill workers in Carlton, South Carolina, Crocker is caught between competing loyalties to his family and future. Crocker wanted more than a rough-hewn life on a factory floor, so he studied accounting at the local textile institute and was hired as bookkeeper to the owner, George McCane, a man as burdened by his familial ties as Crocker and even less prepared for the authority of his mantel.” [GoodReads]

As part of the larger New Guinea campaign in World War II, Douglas MacArthur began the capture of the Admiralty Islands north of New Guinea, with the invasion of Los Negros. After fierce fighting, the islands were finally secured on May 18, 1944. 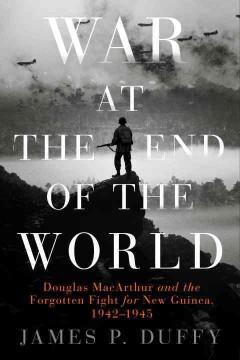 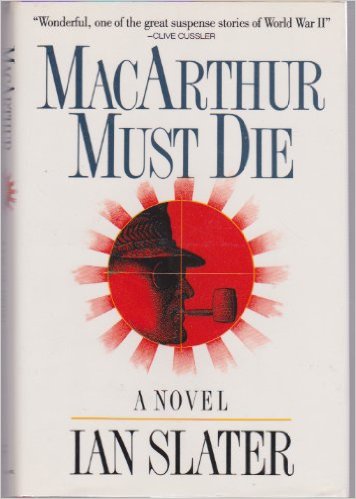 War at the End of the World: Douglas MacArthur and the Forgotten Fight for New Guinea, 1942-1945 by James P. Duffy.

“In this gripping narrative, historian James P. Duffy chronicles the most ruthless combat of the Pacific War, a fight complicated by rampant tropical disease, violent rainstorms, and unforgiving terrain that punished both Axis and Allied forces alike. Drawing on primary sources, War at the End of the World fills in a crucial gap in the history of World War II while offering readers a narrative of the first rank.” [GoodReads]

MacArthur Must Die by Ian Slater

“Set during World War II, MacArthur Must Die is a “what-if” thriller in the great tradition of Eye of the Needle and The Eagle Has Landed, centering on a Japanese assassination plot against General Douglas MacArthur. It is 1942 and Japan owns the Pacific. The speed with which the Japanese have captured vast territories in a few months makes the Nazi Blitzkrieg look plodding by comparison. Hundreds of thousands are taken prisoner as Americans in the Philippines and the British in Singapore are forced to surrender, and President Roosevelt orders MacArthur to escape from the Philippines to Australia, from where he can launch a counter-offensive – hence MacArthur’s famous promise, “I shall return.” But what if the Japanese have no intention of allowing MacArthur to return to the Philippines or anywhere else within their freshly consolidated empire? And War Minister Tojo orders that MacArthur be assassinated: “MacArthur Must Die.” The ingenious assassination plot – involving a submarine-launched, bomb-laden Kamikaze aircraft – is created in vivid, hair-raising detail while the action unfolds against a backdrop of dramatic historical events in the Pacific Theater of Operations that will place the reader convincingly close to the most devastating blow imaginable to the allied cause in the Pacific during World War II.” [GoodReads]

A force of Russian paratroopers is cut off by Chechen forces during the Second Chechen War. They were eventually overrun and paratroopers counted 84 killed. This was a major embarrassment for the Russians, as they had just declared the Chechens defeated. 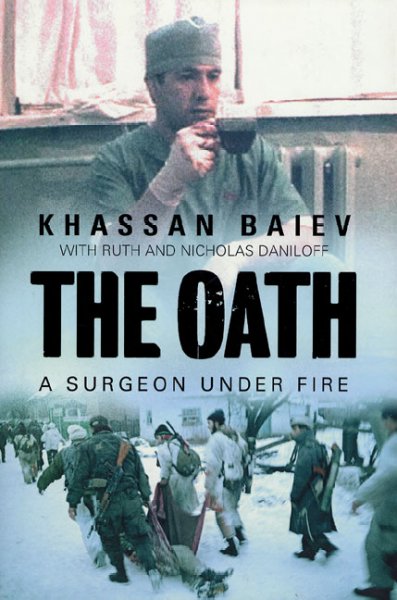 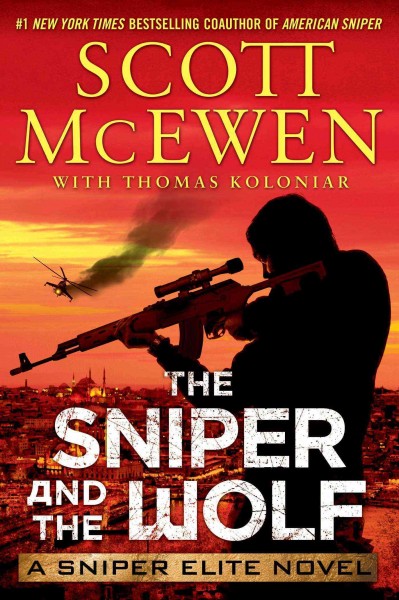 “In 1994, when fighting threatened to break out in Chechnya, Baiev left his promising career in Russia to aid his countrymen. First, he worked in a Grozny hospital until it was destroyed by Russian shelling. Returning to his hometown of Alkhan Kala, he and his fellow villagers restored a clinic with his own funds, and he soon found himself the only doctor for 80,000 residents in six villages and 5,000 refugees. During the next six years, he worked without gas, electricity, or running water, with only local anesthetics, and at one point dressed wounds with sour cream or egg yolks when supplies ran out. He often donated his own blood for surgeries, and on one occasion performed sixty-seven amputations in forty-eight hours.” [GoodReads]

The Sniper and the Wolf: A Sniper Elite Novel by Scott McEwen

“Hot on the trail of “The Wolf,” a rogue Russian military sniper-turned-Chechen-terrorist, Gil Shannon turns from hunter to hunted when his mission is exposed by a traitor high up in US government. Shannon must turn to an unlikely ally—a deadly Russian special operative—to help even the odds. But when they discover that “The Wolf” is just the tip of a global terrorist plot whose goal is to upend the US economy and the stability of the Western world, Shannon and his team of operatives must track the terrorists down before their plan comes to fruition.” [GoodReads]