598 Avars Lift the Siege of Tomis

Part of the larger Balkan Campaign of Byzantine emperor Maurice. The Avars, Eurasian nomadic tribe, attacked the Byzantine outpost of Tomis, known today as Constanta in Romania. They were forced to withdraw when one of Maurice’s generals moved to relieve the outpost. The Avar army, as it retreated, was decimated by plague. 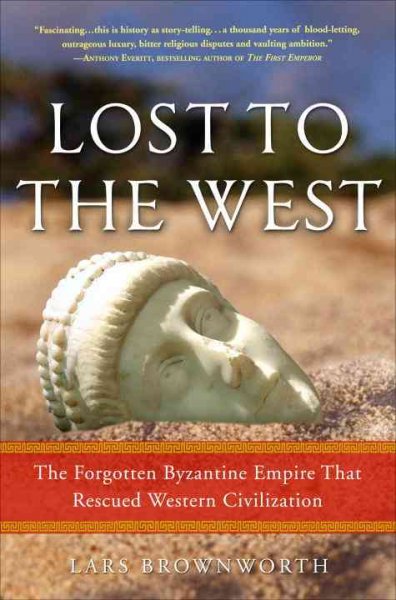 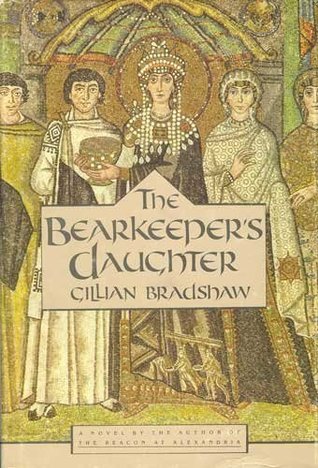 Lost to the West: The Forgotten Byzantine Empire that Rescued Western Civilization by Lars Brownworth

From Constantine, who founded his eponymous city in the year 330, to Constantine XI, who valiantly fought the empire’s final battle more than a thousand years later, the emperors who ruled Byzantium enacted a saga of political intrigue and conquest as astonishing as anything in recorded history. Lost to the West is replete with stories of assassination, mass mutilation and execution, sexual scheming, ruthless grasping for power, and clashing armies that soaked battlefields with the blood of slain warriors numbering in the tens of thousands. Still, it was Byzantium that preserved for us today the great gifts of the classical world. Of the 55,000 ancient Greek texts in existence today, some 40,000 were transmitted to us by Byzantine scribes. And it was the Byzantine Empire that shielded Western Europe from invasion until it was ready to take its own place at the center of the world stage. Filled with unforgettable stories of emperors, generals, and religious patriarchs, as well as fascinating glimpses into the life of the ordinary citizen, Lost to the West reveals how much we owe to this empire that was the equal of any in its achievements, appetites, and enduring legacy. [GoodReads]

The Bearkeeper’s Daughter by Gillian Bradshaw

Bradshaw returns to the setting of The Beacon at Alexandria, again producing a historical novel that animates an era. Intrigue, bastardy and godlike privilege emerge as the chief motivators in a fanciful tale of the Byzantine Empress Theodora and John, the lowly scribe who materializes one day and addresses her as “Mother.” Since he has clearly inherited her beauty and brains, he soon establishes himself not only as an impeccable record keeper and linguist but as an unparalleled military commander, defeating forces that far outnumber his own. He even manages to placate Emperor Justinian who, knowing nothing of John’s parentage, understandably suspects Theodora once an actress notorious for easy virtue of infidelity with this attractive young man. There seems nothing to stop John’s rise to patrician power, except his lack of imperial ambition and his devotion to Euphemia, an unsuitable young woman whose father Theodora has imprisoned. A happy ending is in store, however, because, just before her untimely death, Theodora admits to Justinian the truth of John’s birth. Though modern vernacular in the dialogue may distress some readers, this well-researched, lively narrative delivers an engrossing tale. [Publishers Weekly]

1282 The Start of the Sicilian Vespers

In 1266, Charles I of France defeated Emperor Conrad of the Holy Roman Empire becoming the ruler of Sicily. On Easter Monday eve after the vesper service, Sicilians rose of and began massacring French residents. This lasted for six weeks. After various political machinations, Peter III of Aragon was invited by the Sicilians to take over. After defeating Charles I he became Peter I of Sicily. 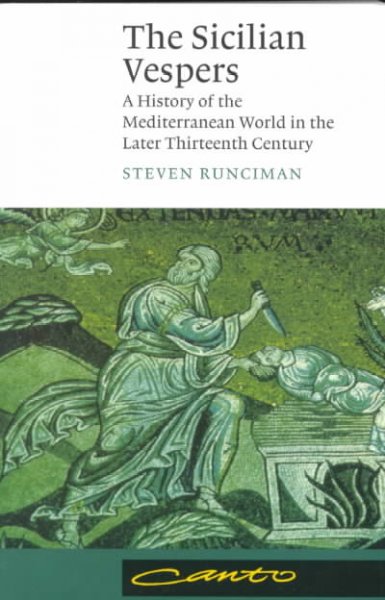 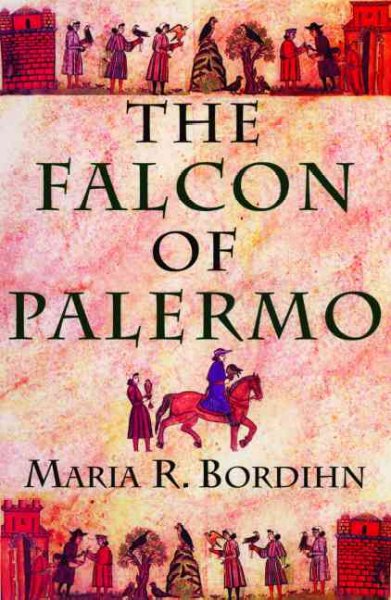 The Sicilian Vespers: A History of the Mediterranean World in the Later Thirteenth Century by Sir Steven Runciman

On 30 March 1282, as the bells of Palermo were ringing for Vespers, the Sicilian townsfolk, crying ‘Death to the French’, slaughtered the garrison and administration of their Angevin King. Seen in historical perspective it was not an especially big massacre: the revolt of the long-subjugated Sicilians might seem just another resistance movement. But the events of 1282 came at a crucial moment. Steven Runciman takes the Vespers as the climax of a great narrative sweep covering the whole of the Mediterranean in the thirteenth century. His sustained narrative power is displayed here with concentrated brilliance in the rise and fall of this fascinating episode. This is also an excellent guide to the historical background to Dante’s Divine Comedy, forming almost a Who’s Who of the political figures in it, and providing insight into their placement in Hell, Paradise or Purgatory [GoodReads]

The Falcon of Palermo by Maria R. Bordihn

The Falcon of Palermo opens with the nations of modern Europe just beginning to take shape, while the papacy clings to its temporal power. Into this era of shifting borders and alliances steps a leader who will become legendary-the brilliant maverick Frederick II. After losing his parents, Emperor Henry Hohenstaufen and Queen Constance, by age four, a young, neglected Frederick runs among the urchins in the Muslim quarter while German warlords overrun Sicily. To restore order the Pope sends Archbishop Berard, a warmhearted man who gradually develops a deep bond with the gifted boy. Fluent in Arabic and strongly influenced by Muslim culture, Frederick aims to return Sicily to her former glory. However, when elected Holy Roman Emperor in a surprise move by the German princes, his vision grows. Once established as the unchallenged ruler, Frederick works to create an empire equal to that of Rome. Marked by his struggle with the Papacy for the domination of Europe, his glorious feats in battle, his recapturing of the Holy Land, his falconry, and the passions that led him to wives, mistresses, and one enduring love, Frederick’s life is a fascinating glimpse into a pivotal period in medieval history. [GoodReads]

1842 The First Use of Ether Anesthetic

Dr. Crawford Long used ether to sedate a patient and remove a tumor in Jefferson, Georgia. It is the first known instance of Ether being used as an anesthetic. 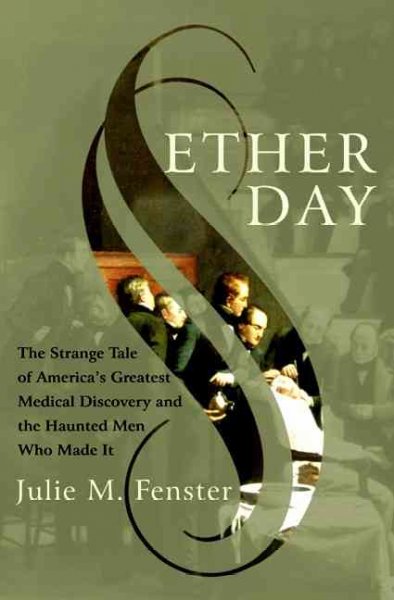 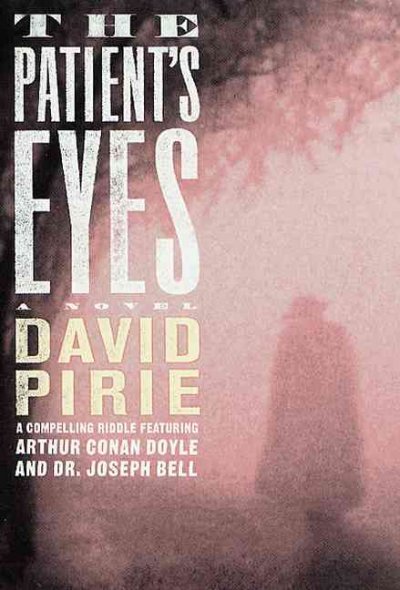 Ether Day: The Strange Tale of America’s Greatest Medical Discovery and the Haunted Men Who Made It by Julie M. Fenster

Ether Day is the unpredictable story of America’s first major scientific discovery — the use of anesthesia — told in an absorbing narrative that traces the dawn of modern surgery through the lives of three extraordinary men. Ironically, the “discovery” was really no discovery at all: Ether and nitrous oxide had been known for more than forty years to cause insensitivity to pain, yet, with names like “laughing gas,” they were used almost solely for entertainment. Meanwhile, patients still underwent operations during which they saw, heard, and felt every cut the surgeon made. The image of a grim and grisly operating room, like the one in Mary Shelley’s Frankenstein, was in fact starkly accurate in portraying the conditions of surgery before anesthesia. [GoodReads]

The Patient’s Eyes: The Dark Beginnings of Sherlock Holmes by David Pirie

When the impoverished young Arthur Doyle opens his first medical practice, he is puzzled by the symptoms presented by Heather Grace, a sweet young woman whose parents have died tragically several years before. Heather has a strange eye complaint, but is also upset by visions of a phantom bicyclist, who vanishes as soon as he is followed. But this enigma is soon overshadowed as Doyle finds himself embroiled in more threatening events-including the murder of a rich Spanish businessman-that call for the advice of the eminent Dr. Bell. But Dr. Bell dismisses the murder of Senor Garcia as a rather unimportant diversion from the incident which Bell considers to have real criminal implications: the matter of the solitary cyclist-and the patient’s eyes [GoodReads]

After the initially successful Second Sino Japanese war the Japanese war effort stagnates. In 1940 Japan set up a puppet government in Nanking, a city captured by the Japanese in 1937 after major atrocities known collectively as the Rape of Nanking. The government was lead by Wang Jingwei, who remained president until he died shortly before the end of World War II 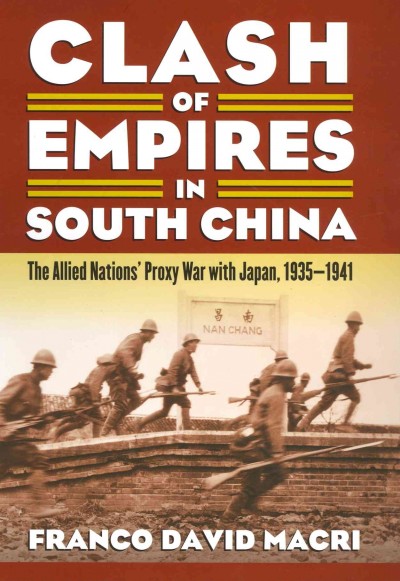 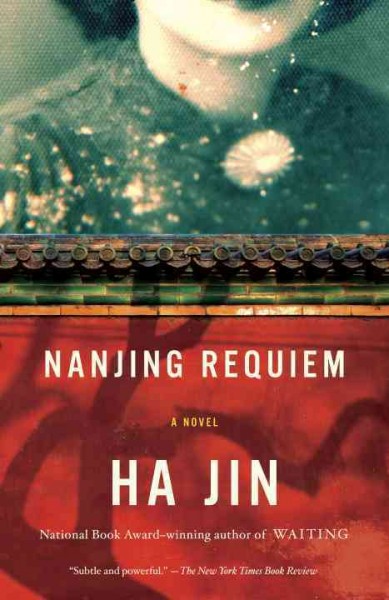 Japan’s invasion of China in 1937 saw most major campaigns north of the Yangtze River, where Chinese industry was concentrated. The southern theater proved a more difficult challenge for Japan because of its enormous size, diverse terrain, and poor infrastructure, but Generalissimo Chiang Kai-shek made a formidable stand that produced a veritable quagmire for a superior opponent-a stalemate much desired by the Allied nations. In the first book to cover this southern theater in detail, David Macri closely examines strategic decisions, campaigns, and operations and shows how they affected Allied grand strategy. Drawing on documents of U.S. and British officials, he reveals for the first time how the Sino-Japanese War served as a “proxy war” for the Allies: by keeping Japan’s military resources focused on southern China, they hoped to keep the enemy bogged down in a war of attrition that would prevent them from breaching British and Soviet territory. [GoodReads]

The award-winning author of Waiting and War Trash returns to his homeland in a searing new novel that unfurls during one of the darkest moments of the twentieth century: the Rape of Nanjing. In 1937, with the Japanese poised to invade Nanjing, Minnie Vautrin—an American missionary and the dean of Jinling Women’s College—decides to remain at the school, convinced that her American citizenship will help her safeguard the welfare of the Chinese men and women who work there. She is painfully mistaken. In the aftermath of the invasion, the school becomes a refugee camp for more than ten thousand homeless women and children, and Vautrin must struggle, day after day, to intercede on behalf of the hapless victims. Even when order and civility are eventually restored, Vautrin remains deeply embattled, and she is haunted by the lives she could not save. [GoodReads]