No sooner did the credits finish rolling on the latest adaptation of Agatha Christie’s And Then There Were None that I wanted to watch it again. And then again after that. In point of fact, I didn’t want to stop watching it, ever, if possible. (Which made purchasing a digital copy a must for me, and so I did, immediately, and since then I’ve lost track of my rewatch count.) This edition of Reading Intersections is coming to you today in honor of the DVD release. 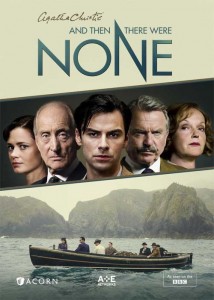 “As the world teeters on the brink of war, ten strangers are persuaded to retreat from their troubled lives to Soldier Island, an isolated rock near the Devon coast. When a storm cuts them off from the mainland, the true reason for their presence on the island becomes horribly clear: they are to be executed, one by one.”

Tip: Have the book handy to read once you’ve finished the miniseries, as there are, of course, differences between the two. With this adaptation particularly, it’s truly fascinating to see where and how things were changed between page and screen. There are several editions in NOBLE: This one (pictured at right), and this one, and this one, along with several others. 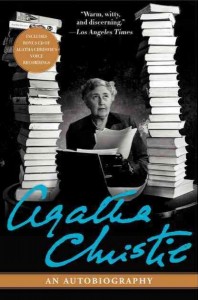 “Back in print in an all-new edition, is the engaging and illuminating chronicle of the life of the “Queen of Mystery.” Fans of Hercule Poirot and Miss Marple and readers of John Curran’s fascinating biographies Agatha Christie’s Secret Notebooks and Murder in the Making will be spellbound by the compelling, authoritative account of one of the world’s most influential and fascinating novelists, told in her own words and inimitable style. The New York Times Book Review calls Christie’s autobiography a “joyful adventure,” saying, “she brings the sense of wonder…to her extraordinary career.”

(A snippet from this book can be found in the miniseries tie-in edition of And Then There Were None, which is to say: In her autobiography, Christie gives behind-the-scenes details of the writing process of ATTWN, and perhaps of its reception, the play, etc.) 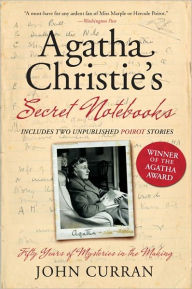 “When Agatha Christie died in 1976, at age eighty-five, she had become the world’s most popular author. At the end of 2004, following the death of Christie’s daughter, Rosalind, a remarkable legacy was revealed: seventy-three handwritten volumes of notes, lists, and drafts outlining all her plans for her many books, plays, and stories. Buried in this treasure trove, all in the beloved author’s unmistakable handwriting, are revelations about her famous books that will fascinate anyone who has ever read or watched an Agatha Christie story.

Full of details she was too modest to reveal in her own autobiography, this remarkable book includes a wealth of excerpts and pages reproduced directly from the notebooks and her letters—plus, two complete, recently discovered Hercule Poirot short stories never before published.” 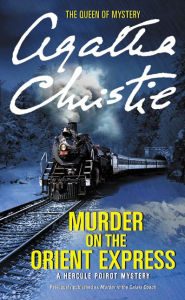 Murder on the Orient Express. 2004 edition.

Just after midnight, the famous Orient Express is stopped in its tracks by a snowdrift. By morning, the millionaire Samuel Edward Ratchett lies dead in his compartment, stabbed a dozen times, his door locked from the inside. One of his fellow passengers must be the murderer.

Isolated by the storm, detective Hercule Poirot must find the killer among a dozen of the dead man’s enemies, before the murderer decides to strike again . . .” 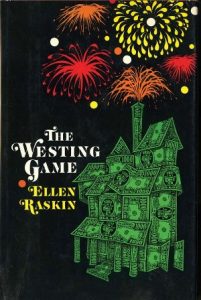 “A bizarre chain of events begins when sixteen unlikely people gather for the reading of Samuel W. Westing’s will. And though no one knows why the eccentric, game-loving millionaire has chosen a virtual stranger—and a possible murderer—to inherit his vast fortune, one thing’s for sure: Sam Westing may be dead…but that won’t stop him from playing one last game!”

Richard Connell. The Most Dangerous Game. 1924.

“On his way to hunt jaguars in the Brazilian jungle, a professional hunter is marooned on a remote island inhabited by a fellow hunter who pursues unusual game.” 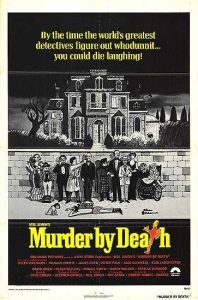 “The world’s greatest detectives have been invited to dinner. But when murder is on the menu, who will make it to dessert? You are cordially invited to join an all-star cast featuring Peter Sellers, David Niven, Peter Falk, James Coco, Elsa Lanchester, Maggie Smith, Alec Guinness, Eileen Brennan, Nancy Walker, James Cromwell and Estelle Winwood for Neil Simon’s hilarious murder-mystery spoof MURDER BY DEATH. The isolated mansion of eccentric millionaire Lionel Twain (celebrated author Truman Capote in a Golden Globe(r) -nominated performance) is the setting for the twisted puzzler. Twain informshis guests that one of them will be murdered at the stroke of midnight. The pay-off: $1 million to whoever lives through the night.”