Chinese astronomers recorded the passage of Halley in Shih Chi chronicle, a massive record of ancient China. Perihelion means the point at which the comet is closest to the its point of orbit ie the sun thus it is at its most visible. 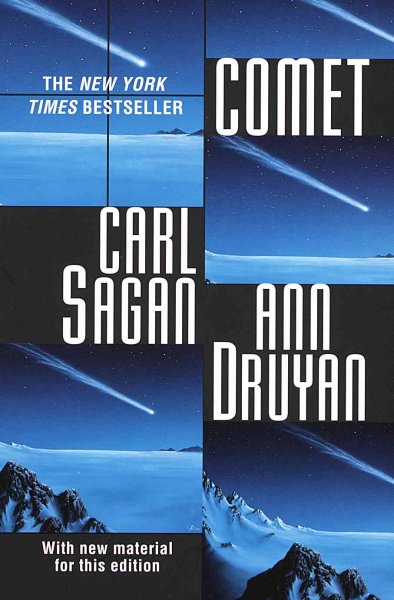 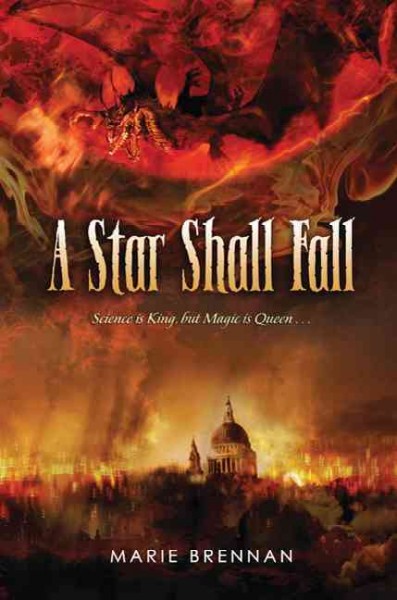 Comet begins with a breathtaking journey through space astride a comet. Pulitzer Prize-winning astronomer Carl Sagan, author of Cosmos and Contact, and writer Ann Druyan explore the origin, nature, and future of comets, and the exotic myths and portents attached to them. The authors show how comets have spurred some of the great discoveries in the history of science and raise intriguing questions about these brilliant visitors from the interstellar dark. [GoodReads]

A Star Shall Fall by Marie Brennan

In 1666, a Great Fire burned four-fifths of London to the ground. The calamity was caused by a great Dragon—an elemental beast of flame. Incapable of destroying something so powerful, the fae of London banished it to a comet moments before the comet’s light disappeared from the sky. Now the calculations of Sir Edmond Halley have predicted its return in 1759. [GoodReads]

A much mythologized by medieval writers, Alfonso after capturing Toledo from the Muslims ending the Kingdom of Toledo. Even after its capture by Alfonso, Toledo continued to be a center of trade and scholarship for Muslim, Jewish and Christian. 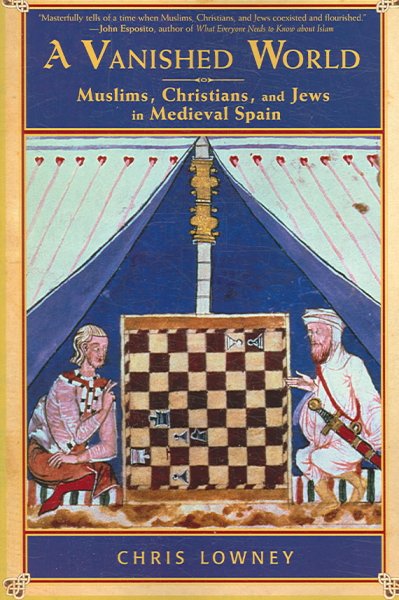 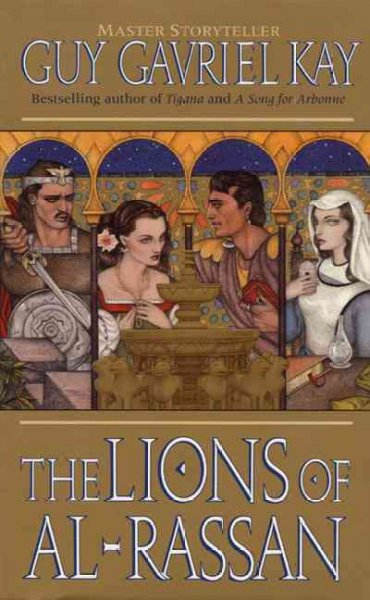 A Vanished World: Muslims, Christians and Jews in Medieval Spain by Chris Lowney

A Vanished World chronicles this panoramic sweep of human history and achievement, encompassing both the agony of Jihad, Crusades, and Inquisition, and the glory of a multi-religious, multi-cultural civilization that forever changed the West. Lowney shows how these three controversial religious groups once lived and worked together in Spain, creating commerce, culture, art, and architecture. He reveals how these three faith groups eventually veered into a thicket of resentment and violence, and shows how our current policies and approaches might lead us down the same path. Rising above politics, propaganda, and name-calling, A Vanished World provides a hopeful meditation on how relations among these three faith groups have gone wrong and some ideas on how to make their interactions right. [GoodReads]

The Lions of Al-Rassan by Guy Gavriel Kay.

[Fantasy based on the Poem of El Cid] The ruling Asharites of Al-Rassan have come from the desert sands, but over centuries, seduced by the sensuous pleasures of their new land, their stern piety has eroded. The Asharite empire has splintered into decadent city-states led by warring petty kings. King Almalik of Cartada is on the ascendancy, aided always by his friend and advisor, the notorious Ammar ibn Khairan — poet, diplomat, soldier — until a summer afternoon of savage brutality changes their relationship forever. Meanwhile, in the north, the conquered Jaddites’ most celebrated — and feared — military leader, Rodrigo Belmonte, driven into exile, leads his mercenary company south. In the dangerous lands of Al-Rassan, these two men from different worlds meet and serve — for a time — the same master. Sharing their interwoven fate — and increasingly torn by her feelings — is Jehane, the accomplished court physician, whose own skills play an increasing role as Al-Rassan is swept to the brink of holy war, and beyond. [GoodReads]

Opening at the Opera Comique in London, HMS Pinafore ran for 571 performances, which was the second-longest run of any musical theater piece up to that time. It was Gilbert and Sullivan’s fourth collaboration. The opera pokes fun at the English class system, patriotism, party politics and the Royal Navy and was an international sensation. 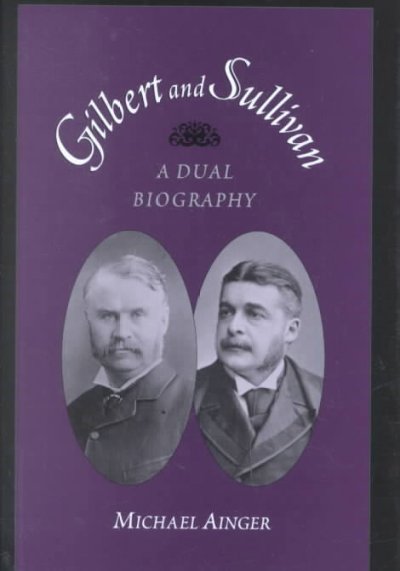 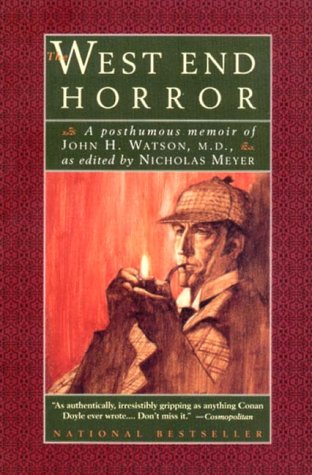 Gilbert and Sullivan: A Dual Biography by Michael Ainger

‘A Gilbert is of no use without a Sullivan.’ With these words, W.S. Gilbert summed up his reasons for persisting in his collaboration with Arthur Sullivan despite the combative nature of their relationship. In fact, Michael Ainger suggests in Gilbert and Sullivan the success of the pair’s work is a direct result of their personality clash, as each partner challenged the other to produce his best work. After exhaustive research into the D’Oyly Carte collection of documents, Ainger offers the most detailed account to date of Gilbert and Sullivan’s starkly different backgrounds and long working partnership. Having survived an impoverished and insecure childhood, Gilbert flourished as a financially successful theater professional, married happily and established himself as a property owner. His sense of proprietorship extended beyond real estate, and he fought tenaciously to protect the integrity of his musical works. Sullivan, the product of a supportive family who nourished his talent, was much less satisfied with stability than his collaborator. [GoodReads]

March 1895. London. A month of strange happenings in the West End. First there is the bizarre murder of theater critic Jonathan McCarthy. Then the lawsuit against the Marquess of Queensberry for libel; the public is scandalized. Next, the ingenue at the Savoy is discovered with her throat slashed. And a police surgeon disappears, taking two corpses with him. Some of the theater district’s most fashionable and creative luminaries have been involved: a penniless stage critic and writer named Bernard Shaw; Ellen Terry, the gifted and beautiful actress; a suspicious box office clerk named Bram Stoker; an aging matinee idol, Henry Irving; an unscrupulous publisher calling himself Frank Harris; and a controversial wit by the name of Oscar Wilde. [W W Norton]

This now iconic space opera earned $461 million in the U.S. and $314 million overseas. It surpassed Jaws to become the highest-grossing film of all time, until the release of E.T. the Extra-Terrestrial in 1982. 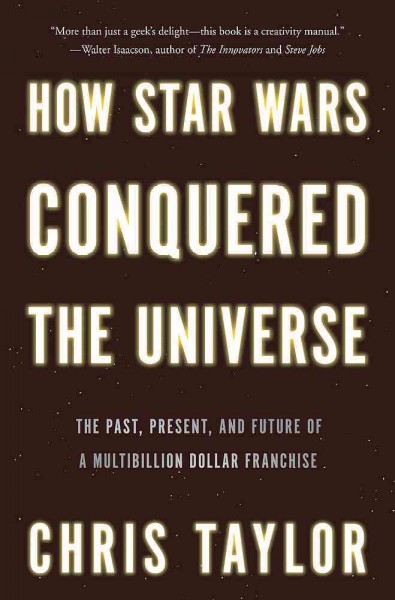 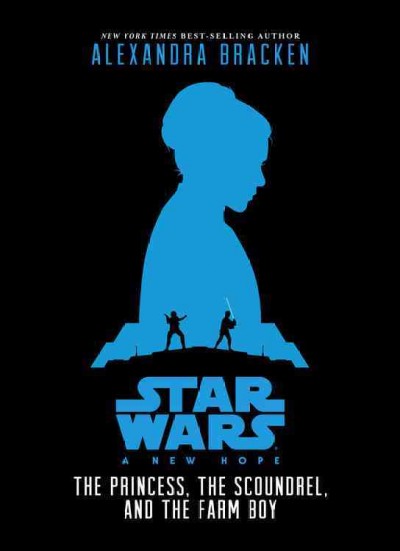 How Star Wars Conquered the Universe: The Past, Present and Future of  a Multibillion Dollar Franchise by Chris Taylor

In 1973, a young filmmaker named George Lucas scribbled some notes for a far-fetched space-fantasy epic. More than forty years and $37 billion later, Star Wars-related products outnumber human beings, a stormtrooper army spans the globe, and “Jediism” has become a religion in its own right. Lucas’s creation has grown into far more than a cinematic classic; it is, quite simply, one of the most lucrative, influential, and interactive franchises of all time. Yet until now, the complete history of Star Wars – its influences and impact, the controversies it has spawned, its financial growth and long-term prospects – has never been told. [GoodReads]

The Princess, the Scoundrel, and the Farm Boy: An Original Retelling of Star Wars: A New Hope by Alexandra Bracken

Although the Rebel Alliance has won a few battles against the Empire, hope is fading. The Empire is about to unveil the greatest weapon the galaxy has ever seen–the Death Star. The Rebels’ only chance to defeat it now lies in the unlikely hands of a princess, a scoundrel, and a farm boy….[GoodReads]