In 1173 the sons of Henry II and his wife Eleanor of Aquitaine led a revolt against Henry. William I of Scotland aka William the Lion aka William the Rough supported the rebellion. In 1174 he lead a raid against Alnwick in Northumberland. In this battle he charged direction into the forces loyal to Henry II and was unhorsed and captured. He held for ransom in Normandy. Henry occupied Scotland and forced William to swear loyalty to him to remain king of Scotland. 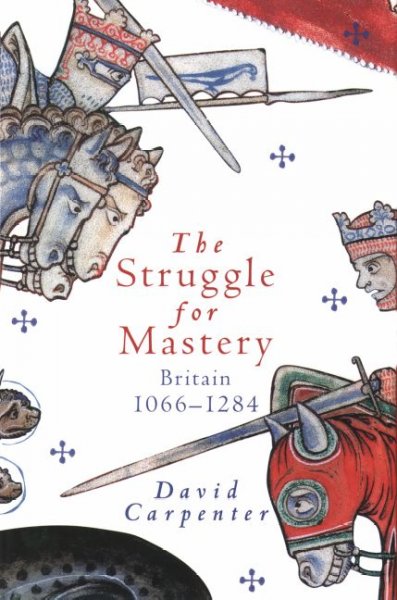 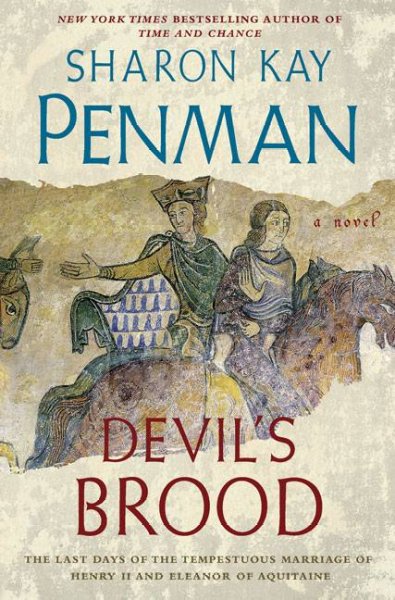 The years from 1066-the Norman conquest of England-to 1284-the English conquest of Wales–were momentous ones in the history of Britain. In this comprehensive synthesis canvassing the peoples, economies, religion, languages, and political leadership of medieval Britain, David Carpenter weaves together the histories of England, Scotland, and Wales. Arguing that English domination of the kingdom was by no means a foregone conclusion, Carpenter analyzes the multiple struggles for mastery of Great Britain. He explains why English monarchs focused on continental landholdings more than the island of Great Britain and narrates the loss of Normandy, Anjou, and Acquitaine. He recounts how the Welsh kings strove to recover areas lost to the Normans and to assert dominion over one another, and how the kings of Scotland expanded their realm to create a united Scotland. Based on readings of primary and secondary sources, Carpenter sheds light on major highlights of the period including the Battle of Hastings, the murder of Becket, and the signing of the Magna Carta, as well as intermarriage, the feudal system, and the characters of key figures. This new interpretation is a definitive introduction to the period for general readers. [GoodReads]

A.D. 1172. Henry II’s three eldest sons conspire against him and align themselves with his greatest enemy, King Louis of France, but it’s Eleanor of Aquitaine’s involvement in the plot to overthrow her husband that proves to be the harshest betrayal. As a royal family collapses and a marriage ends in all but name, the clash between these two strong-willed and passionate souls will have far-reaching and devastating consequences throughout Christendom. Devil’s Brood, a breathtaking and sweeping epic of a family at its breaking point, shows how two monumental figures once bound by all-consuming love became the bitterest of adversaries. [GoodReads]

Due to dynastic inheritance Philip II of Spain was the sovereign of the Seven Provinces of the Netherlands. In 1568 the Dutch revolted against the Spanish sparking the 80 Years War or the Dutch War of Independence. In December 1572 a Spanish army lay siege to the Dutch town of Haarlem. The town was not strongly defended but because of a nearby lake it was easy to smuggle food into the town. However a naval battle on the lake and the failure of a pro-Dutch army to relieved the city forced Haarlem to surrender in 1573. Normally the town would have been pillaged but the towns people were allowed to by off the Spanish army to avoid this. However the garrison was massacred. 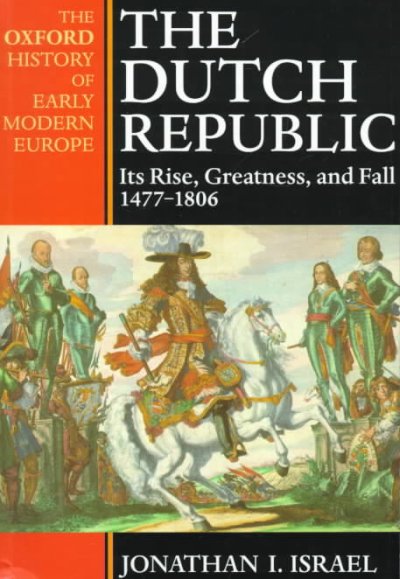 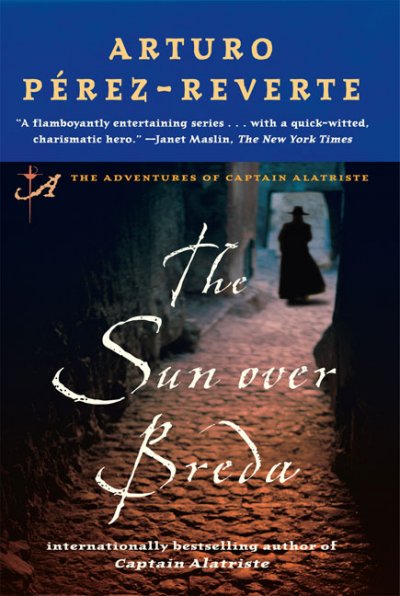 The Dutch Republic: Its Rise, Greatness and Fall, 1477-1806 by Jonathan Israel

The “Dutch Golden Age”, the age of Grotius, Spinoza, Rembrandt, Vermeer, and a host of other renowned artists and writers, was also remarkable for its immense impact in the spheres of commerce, finance, shipping, and technology. It was in fact one of the most spectacularly creative episodes in the history of the world. In this book, Johnathan Israel gives the definitive account of the emergence of the United Provinces as a great power, and explains the subsequent decline in the eighteenth century. He places the thought, politics, religion, and social developments of the Golden Age in their broad context, and examines the changing relationship between the northern Netherlands and the south which was to develop into modern Belgium. This comprehensive and lucid account will be as useful to the reader primarily interested in artistic and cultural history as to the student who needs a survey of the Republic’s institutions, class structure, and economic development. At the same time it will provide an invaluable aid to scholars interested in new research and new interpretations. [Oxford University Press]

The Sun Over Breda by Arturo Pérez-Reverte

The era of glorious captains, glorious attacks, and glorious booty was now long past, and the conflict had become a kind of long and tedious chess game in which strongholds were besieged, changed hands, and were besieged again, bravery often counting for less than patience. So begins The Sun Over Breda, a gloriously dramatic novel of war and honor that marks the return of international bestseller Arturo Péerez-Reverte’s most beloved character, Captan Diego Alatriste, the seventeenth-century sword-for-hire who leads his formidable band of soldiers in the name of King Philip IV of Spain against the Dutch in the battle for Flanders. Narrated by young Íñigo Balboa, Alatriste’s faithful, soulful mochilero, The Sun Over Breda follows the throbbing pulse of combat fought on increasingly uncertain terms by an army growing more and more disenchanted with its king, and therefore less and less willing to risk life and limb for the cause. As Spanish blood spills into the Flemish canals, and the lethal flash of swordplay drains the men of their thirst for victory, unrest grows among the troops. With no promise of payment from the king, Alatriste is caught in the impassioned throes of mutiny, torn between fealty to the material needs of his men and his pledge to a crown for which he holds no love. [GoodReads]

After the Battle of Gettysburg the Union instituted a draft. However the wealthy were allowed to pay a substitute to go in their stead. This created a great deal of resentment in the Irish immigrant communities of New York who made up the majority of the draftees. Starting as a protest against the draft it quickly degenerated into a race riot. Poor whites attacked African Americans where ever they found them for a whole week. By the time the army rushed regiments to the city to regain order 119 had died. 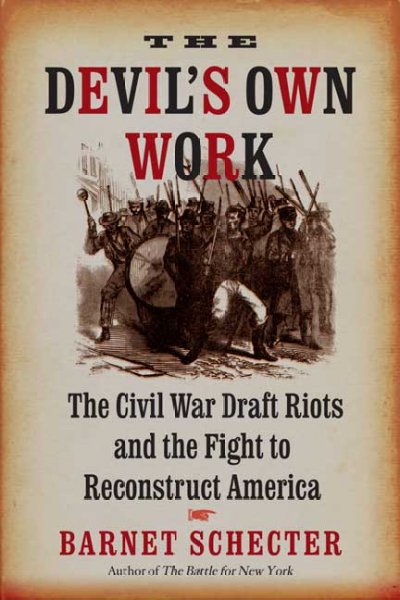 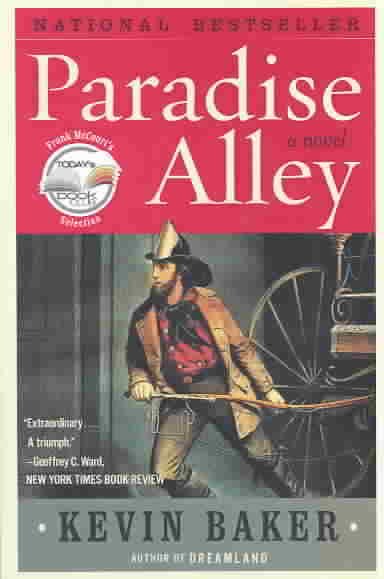 The Devil’s Own Work: The Civil War Draft Riots and the Fight to Reconstruct America by Barnet Schecter

On July 13, 1863, the largest riots in American history broke out on the streets of New York City, nearly destroying in four days the financial, industrial, and commercial hub of the nation. Placing the riots in the context of social tension and reform from the 1840s through the 1870s, Barnet Schecter sheds new light on the Civil War era and on the history of protest and reform in America. [GoodReads]

In his second New York novel (after Dreamland), Baker takes a grisly event—the 1863 Civil War draft riots—and crafts a terrifying, human story bursting with all the calamity, brutality and power of the riots themselves, which may have been the worst civic disturbance in U.S. history. Baker, an American Heritage writer, bases his work largely on historic events—Lincoln’s announcement of the draft law did in fact propel thousands of New Yorkers, mainly Irish, to burn and loot the city and murder hundreds of innocents. The book follows the difficult lives of Ruth, Deirdre and Maddy, three women living on Paradise Alley, a dingy Lower East Side passageway, during the five days of riots. Each chapter alternates among many voices, however; in addition to the women, Baker speaks through a New York Tribune reporter, an escaped slave, an immigrant boxer turned criminal, an army private, a volunteer fireman and other characters. The formula works brilliantly, giving Baker the opportunity to flash back to Ruth’s survival of the Irish potato famine; the voyage she and so many Irish made from their ravaged country to America; and her future husband’s journey from slavery in Charleston, S.C., to freedom in New Jersey. The combination of momentous events, tellingly real aspects of lower-class 19th-century life, and raw emotions like fear and pride make this a viscerally affecting story. [Publishers Weekly]

Erected as an advertisement for a real estate development the Hollywood Sign was only supposed to be up for a year and a half. However the rise of cinema in Hollywood made the sign iconic and it was left up. 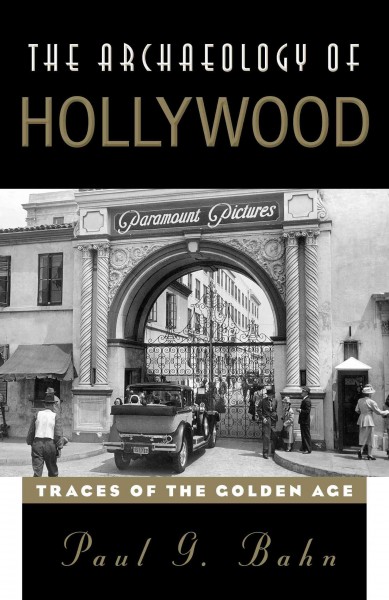 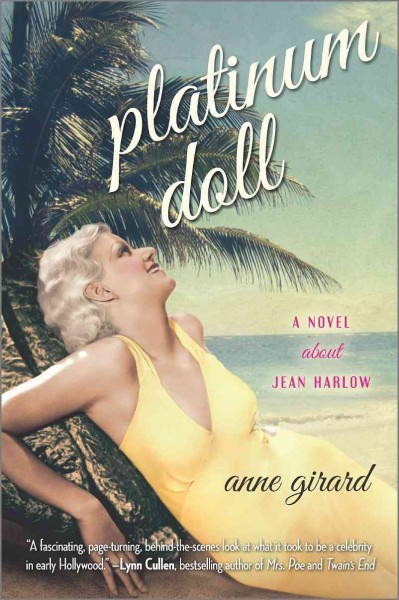 The Archaeology of Hollywood: Traces of the Golden Age by Paul G. Bahn

The Golden Age of Hollywood, dating to the hazy depths of the early 20th Century, was an era of movie stars worshipped by the masses and despotic studio moguls issuing decrees from poolside divans but despite the world-wide reach of the movie industry, little more than memories of that era linger amidst the freeways and apartment complexes of today s Los Angeles. Noted archaeologist Paul G. Bahn digs into the material traces of that Tinseltown in an effort to document and save the treasures that remain. Bahn leads readers on a tour of this singular culture, from the industrial zones of film studios to the landmarks where the glamorous lived, partied, and played, from where they died and were buried to how they ve been memorialized for posterity. The result is part history, part archaeology enlivened with pop culture, reminiscence, and whimsy and throughout, it feeds and deepens our fascination with an iconic place and time, not to mention the personalities who brought it to life.” [GoodReads]

It’s the Roaring Twenties and seventeen-year-old Harlean Carpenter McGrew has run off to Beverly Hills. She’s chasing a dream;to escape her small, Midwestern life and see her name in lights.In California, Harlean has everything a girl could want;a rich husband, glamorous parties, socialite friends;except an outlet for her talent. But everything changes when a dare pushes her to embrace her true ambition :to be an actress on the silver screen. With her timeless beauty and striking shade of platinum-blond hair, Harlean becomes Jean Harlow. And as she’s thrust into the limelight, Jean learns that this new world of opportunity comes with its own set of burdens. Torn between her family and her passion to perform, Jean is forced to confront the difficult truth;that fame comes at a price, if only she’s willing to pay it. Amid a glittering cast of ingenues and Hollywood titans: Clara Bow, Clark Gable, Laurel and Hardy, Howard Hughes, Platinum Doll introduces us to the star who would shine brighter than them all. [GoodReads]