Jane Grey was a great-granddaughter of Henry VII and a cousin of Edward VI. She was married to Guildford Dudley the son of Edward VI’s chief minister John Dudley. On his deathbed Edward disinherited his sisters Mary and Elizabeth and makes Jane his heir due to her strong support of Protestantism. On his death Jane became queen of England but only for 9 days. Mary raised an army and marched on London. The privy council switched their support to Mary and Jane was deposed and locked in the tower. She wasn’t executed until 1554 when her father became involved in another rebellion. Jane is often known as the Nine Days Queen. 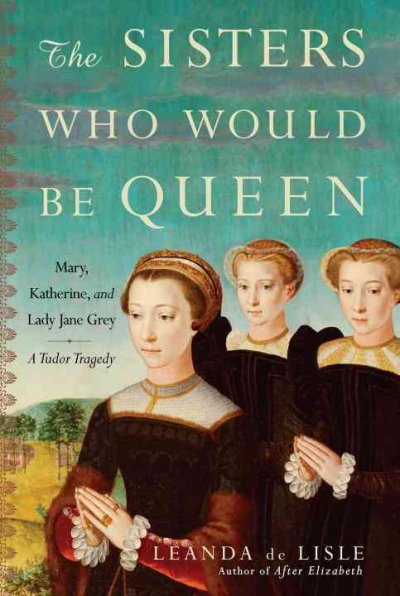 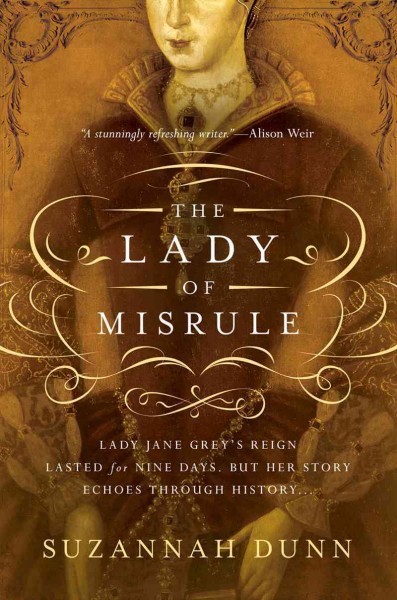 The Sisters Who Would We Queen: Mary, Katherine, and Lady Jane Grey: A Tudor Tragedy by Leanda de Lisle

Leanda de Lisle brings the story of nine days’ queen, Lady Jane Grey and her forgotten sisters, the rivals of Elizabeth I, to vivid life in her fascinating biography. Lady Jane Grey is an iconic figure in English history. Misremembered as the ‘Nine Days Queen’, she has been mythologized as a child-woman destroyed on the altar of political expediency. Behind the legend, however, was an opinionated and often rebellious adolescent who died a passionate leader, not merely a victim. Growing up in Jane’s shadow, her sisters Katherine and Mary would have to tread carefully to survive.

The Lady of Misrule: A Novel by Suzannah Dunn

Escorting the nine-day queen Lady Jane Grey across the Tower of London from throne room into imprisonment is Elizabeth Tilney, who surprised even herself by volunteering for the job. All Elizabeth knows is she’s keen to be away from home; she could do with some breathing space. And anyway, it won’t be for long: everyone knows Jane will go free as soon as the victorious new queen is crowned. Which is a good thing because the two sixteen-year-olds, cooped up together in a room in the Gentleman Gaoler’s house, couldn’t be less compatible. Protestant Jane is an icily self-composed idealist, and Catholic Elizabeth is . . . well, anything but. They are united though by their disdain for the seventeen-year-old boy to whom Jane has recently been married: petulant, noisily-aggrieved Guildford Dudley, held prisoner in a neighboring tower and keen to pursue his prerogative of a daily walk with his wife.

1588 The Spanish Armada Sighted in the English Channel

Philip II created a fleet of 130 ships that was to sail to Flanders and escort a Spanish army across the Channel to invade England and overthrow Elizabeth I. They were first sighted off the Lizard in Cornwall. After several inconclusive skirmishes with the English Navy, The Armada put into Calais to load troops but in the night the English floated fireships down on the Armada. Panicking the cut their anchor cables and scattered. A few days later after sustaining loses to the British at the Battle of Gravelines, the Armada escaped by sailing north around Scotland and Ireland and back to Spain. They sustained heavy loses. 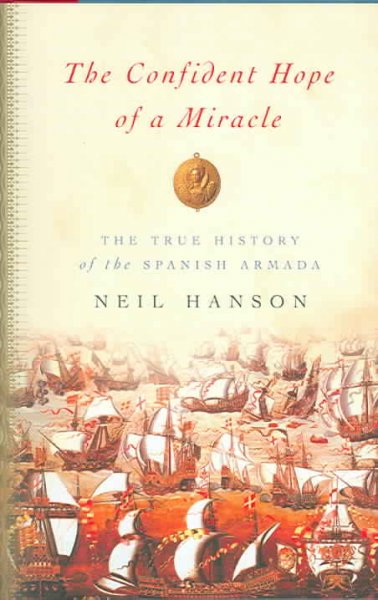 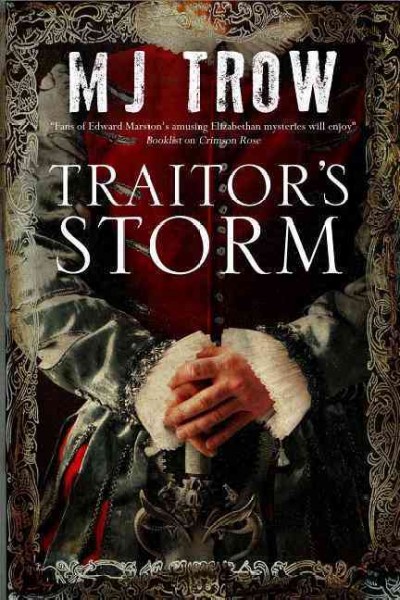 The Confident Hope of a Miracle: The True History of the Spanish Armada by Neil Hanson

The Confident Hope of a Miracle is a gripping account of the defeat of the Spanish Armada-the defining international event of the Elizabethan age. In 1588, determined to reclaim England for the Catholic Church, King Philip II of Spain launched a fleet of huge castle-crowned galleons that stretched for miles across the ocean. A battle-hardened Spanish Army waited in Holland, ready to crush England’s barely trained conscripts, many armed only with scythes, stakes or longbows. All that stood between Spain and victory was the English Navy. But English ships, tactics, weapons and crews were much superior to those of the Armada, and the pious and ascetic Philip’s “confident hope of a miracle” to give him victory was not fulfilled.

May, 1588. With Elizabeth I s court rocked by stories of an imminent invasion and one of his key undercover agents missing, Sir Francis Walsingham despatches Kit Marlowe to the Isle of Wight off the south coast: the first line of defense against the approaching Spanish Armada.Lodging at Carisbrooke Castle with the Isle of Wight s Governor, Sir George Carey, Marlowe finds the Islanders a strange and suspicious lot, with their own peculiar customs and dialect. But is there reason to doubt their loyalty to the Crown? And is the Island really haunted, as some believe? Of one thing Marlowe is certain: it s no ghost behind the series of violent and inexplicable deaths which plague the region. But will he have time to uncover the truth and expose the killer before the might of the Armada descends?

The Franco-Prussian War was a result of French fears of growing German unification and strength. France declared war on July 16 and hostilities began three days later. With a superior military force the German’s defeated the French in 9 months. The war resulted in the final unification of Germany and French resentment which would resurface as a cause of World War I 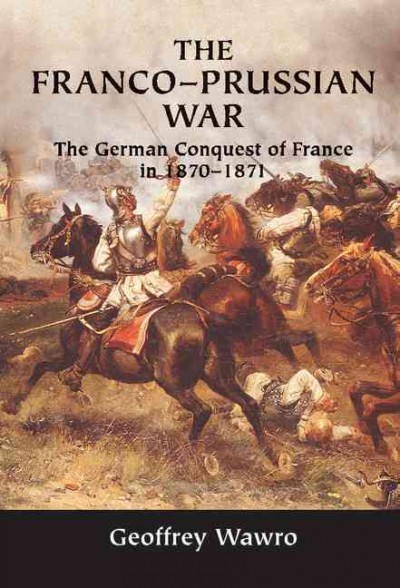 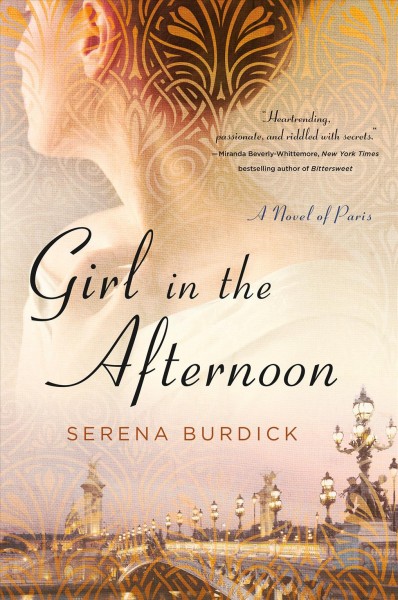 The Franco-Prussian War: The German Conquest of France in 1870-1871 by Geoffrey Wawro

The Franco-Prussian War of 1870-71 violently changed the course of European History. Alarmed by Bismarck’s territorial ambitions and the Prussian army’s crushing defeats of Denmark in 1864 and Austria in 1866, French Emperor Napoleon III vowed to bring Prussia to heel. Digging into many European and American archives for the first time, Geoffrey Wawro’s Franco-Prussian War describes the war that followed in thrilling detail. While the armies mobilized in July 1870, the conflict appeared “too close to call.” Prussia and its German allies had twice as many troops as the French. But Marshal Achille Bazaine’s grognards (“old grumblers”) were the stuff of legend, the most resourceful, battle-hardened, sharp-shooting troops in Europe, and they carried the best rifle in the world. From the political intrigues that began and ended the war to the bloody battles at Gravelotte and Sedan and the last murderous fights on the Loire and in Paris, this is the definitive history of the Franco-Prussian War.

Girl in the Afternoon: A Novel of Paris by Serena Burdick

Born into a wealthy Parisian family at the center of Belle Epoque society, 18-year-old Aimée Savaray dreams of becoming a respected painter in the male-dominated art world; and secretly, she also dreams of being loved by Henri, the boy her parents took in as a child and raised alongside her. But when Henri inexplicably disappears, in the midst of the Franco-Prussian war, the Savarays’ privileged lives begin to unravel. Heartbroken, Aimée tries to find him, but Henri doesn’t want to be found—and only one member of the family knows why. As Aimée seeks refuge in the art world, mentored by the Impressionist Édouard Manet, she unwittingly finds her way back to Henri. With so many years gone by and secrets buried, their eventual reunion unmasks the lies that once held the family together, but now threaten to tear them apart. 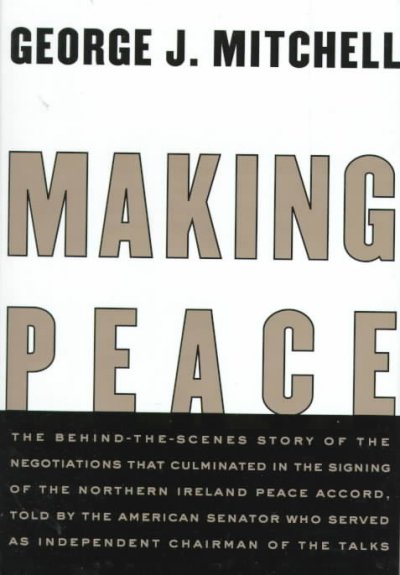 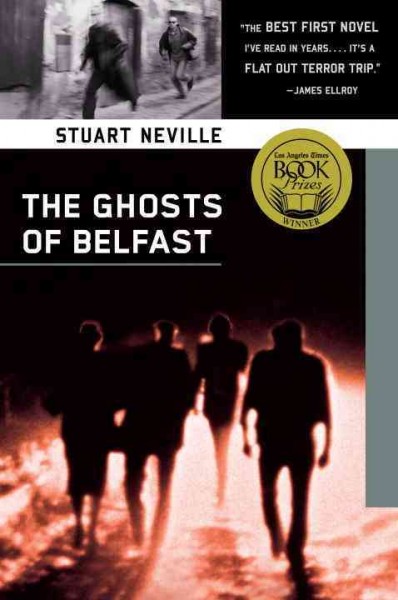 Fifteen minutes before five o’clock on Good Friday, 1998, Senator George Mitchell was informed that his long and difficult quest for an Irish peace effort had succeeded–the Protestants and Catholics of Northern Ireland, and the governments of the Republic of Northern Ireland and the United Kingdom, would sign the agreement. Now Mitchell, who served as independent chairman of the peace talks for the length of the process, tells us the inside story of the grueling road to this momentous accord and the subsequent developments that may threaten, or strengthen, the chance for a lasting peace in Northern Ireland.

The Ghosts of Belfast by Stuart Neville.

Fegan has been a “hard man,” an IRA killer in Northern Ireland who served a dozen years in the Maze Prison. Now that peace has come, he is being haunted, day and night, by the ghosts of twelve of his innocent victims: a mother and infant, a schoolboy, a butcher, a member of the Royal Ulster Constabulary, and seven others. In order to appease them, he’s going to have to kill the men who gave him his orders. But for the first time in his life he’s fallen in love—with Marie McKenna, a woman who has a little girl. She had taken an RUC officer as a lover and is still shunned for this act of disloyalty. Marie and her daughter offer Fegan the prospect of a new life, and the possibility of redemption. But they are also potential hostages, which makes doing what he has to do much harder. Is this Fegan’s ultimate mistake? As the mother of a boy he killed once told him, “Sooner or later, everybody pays.”