Amy, one of our junior pages, really enjoyed these books (especially the first one on the list!), and thought that a young reader in your home might, too. 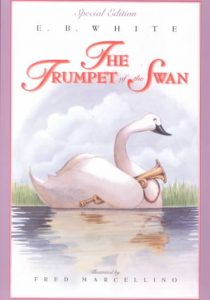 “Like the rest of his family, Louis is a trumpeter swan. But unlike his four brothers and sisters, Louis can’t trumpet joyfully. In fact, he can’t even make a sound. And since he can’t trumpet his love, the beautiful swan Serena pays absolutely no attention to him.

Louis tries everything he can think of to win Serena’s affection—he even goes to school to learn to read and write. But nothing seems to work. Then his father steals him a real brass trumpet. Is a musical instrument the key to winning Louis his love?” 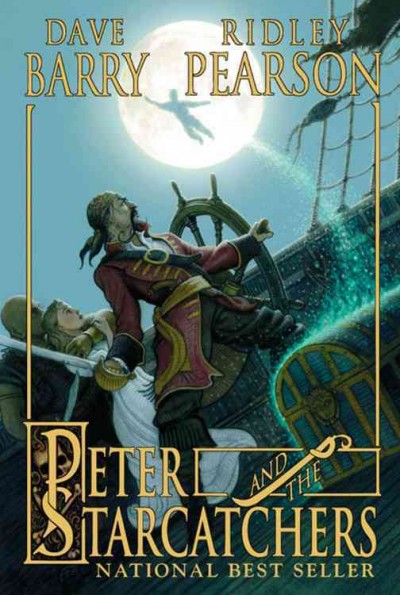 Peter and the Starcatchers – Dave Barry and Ridley Pearson

“Don’t even think of starting this book unless you’re sitting in a comfortable chair and have lots of time. A fast-paced, impossible-to-put-down adventure awaits as the young orphan Peter and his mates are dispatched to an island ruled by the evil King Zarboff. They set sail aboard the Never Land, a ship carrying a precious and mysterious trunk inits cargo hold, and the journey quickly becomes fraught with excitement and danger.

Discover richly developed characters in the sweet but sophisticated Molly, the scary but familiar Black Stache, and the fearless Peter. Treacherous battles with pirates, foreboding thunderstorms at sea, and evocative writing immerses the reader in a story that slowly and finally reveals the secrets and mysteries of the beloved Peter Pan.” 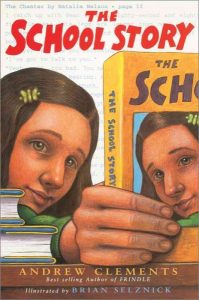 “Natalie’s best friend, Zoe, is sure that the novel Natalie’s written is good enough to be published. But how can a twelve-year-old girl publish a book? Natalie’s mother is an editor for a big children’s publisher, but Natalie doesn’t want to ask for any favors.

Then Zoe has a brilliant idea: Natalie can submit her manuscript under a pen name, with Zoe acting as her literary agent. But it’s not easy for two sixth graders to put themselves over as grown-ups, even with some help from a couple of real grown-ups who are supportive but skeptical. The next bestselling school story may be in their hands—but can Natalie and Zoe pull off their masquerade?” 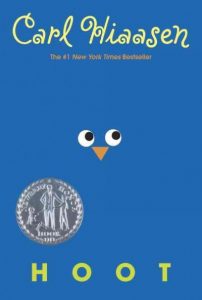 “Everybody loves Mother Paula’s pancakes. Everybody, that is, except the colony of cute but endangered owls that live on the building site of the new restaurant. Can the awkward new kid and his feral friend prank the pancake people out of town? Or is the owls’ fate cemented in pancake batter?” 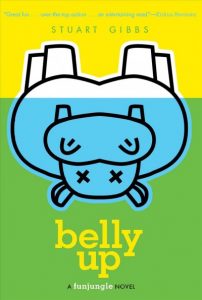 “Twelve-year-old Theodore “Teddy” Roosevelt Fitzroy has murder on his hands and trouble on his tail. He believes that Henry, the hippopotamus at the brand-new FunJungle, has been murdered. The zoo’s top brass claim the hippo went belly up the natural way, but Teddy and his feisty friend Summer McCraken have other ideas. Could the culprit be FunJungle’s animal-hating head of operations? Or is it FunJungle’s owner—Summer’s dad—a man who is much more concerned about money than animal welfare? The deeper Teddy and Summer dig, the more danger they’re in—because when it comes to hippo homicide, the truth can’t be caged!”