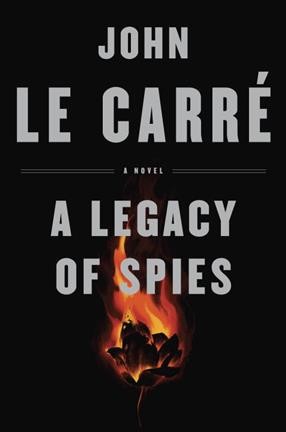 I had kind of gone off John le Carre in the past few years. There was just something about his style of writing that, for me at least, didn’t translate well from Cold War to War on Terror. Maybe it was just the fact that its easier for me to read spy fiction about a war that isn’t currently going on. Maybe it was that I liked the Cold War characters better. At any rate it was a great surprise to find A Legacy of Spies.

The book flashes back and forth between the present day and the events of The Spy Who Came In From the Cold and to a lesser extent Call for the Dead. The main character is Peter Guillam, now old and retired living on a farm in Brittany.  He is called back to the Circus to explain the events surrounding the operation in The Spy Who Came in from the Cold. The case has come back to life with passably devastating consequences for the Circus and for Guillam.

The flash backs feel very much like the early books. The dark cut throat world of cold war espionage. Agents rolling out of diplomatic cars in the middle of the night in west Germany. Assassinations, Dead Drops, brush passes. And of course all the great lingo: Scalphunters, pavement artists, lamp lighters etc.

The parts set in the present day have all of the great dialog and introspection you expect from Guillam. He is simultaneously trying to get on with his retirement and deal with the guilt he feels over things he has done in his past. But decades of training in espionage are constantly reasserting themselves.  This has all the things that makes a le Carre novel a joy to read.