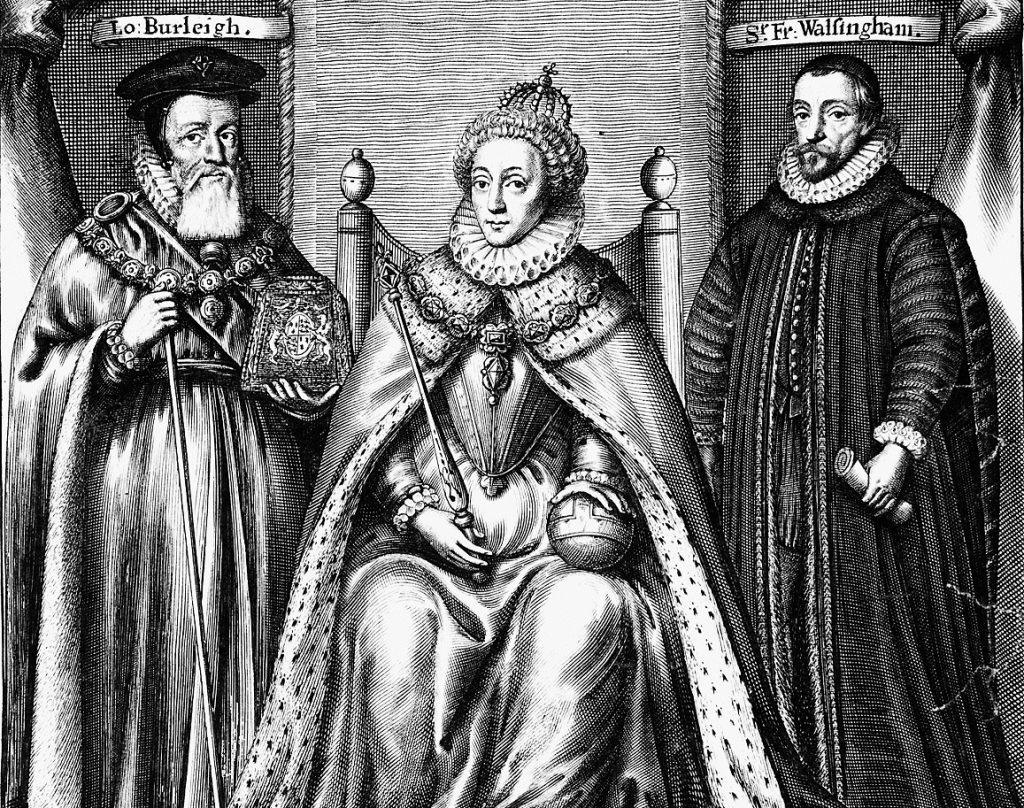 As anyone knows who frequents this blog I love reading all things spy related. But I have a particular soft spot for Elizabethan espionage. So here are some fiction and non-fiction titles that I have either read or am looking forward to reading. 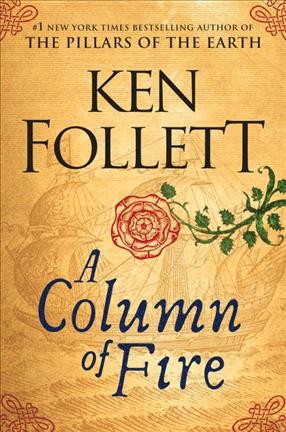 A Column of Fire by Ken Follett.

In 1558, the ancient stones of Kingsbridge Cathedral look down on a city torn apart by religious conflict. As power in England shifts precariously between Catholics and Protestants, royalty and commoners clash, testing friendship, loyalty, and love. Ned Willard wants nothing more than to marry Margery Fitzgerald. But when the lovers find themselves on opposing sides of the religious conflict dividing the country, Ned goes to work for Princess Elizabeth. When she becomes queen, all Europe turns against England. The shrewd, determined young monarch sets up the country’s first secret service to give her early warning of assassination plots, rebellions, and invasion plans. Over a turbulent half century, the love between Ned and Margery seems doomed as extremism sparks violence from Edinburgh to Geneva. Elizabeth clings to her throne and her principles, protected by a small, dedicated group of resourceful spies and courageous secret agents. The real enemies, then as now, are not the rival religions. The true battle pitches those who believe in tolerance and compromise against the tyrants who would impose their ideas on everyone else—no matter what the cost. Set during one of the most turbulent and revolutionary times in history, A Column of Fire is one of Follett’s most exciting and ambitious works yet. It will delight longtime fans of the Kingsbridge series and is the perfect introduction for readers new to Ken Follett

Heresy: A Thriller by S.J. Parris. 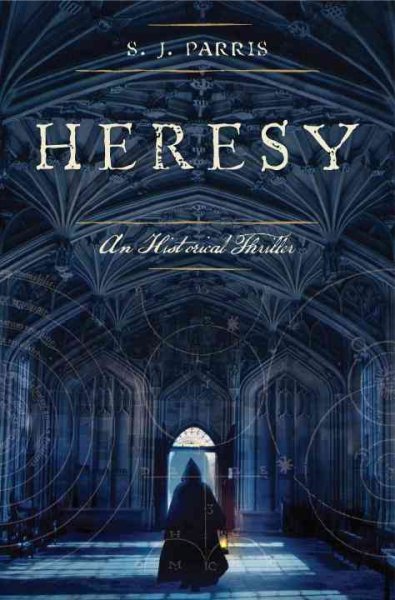 Masterfully blending true events with fiction, this blockbuster historical thriller delivers a page-turning murder mystery set on the sixteenth-century Oxford University campus. Giordano Bruno was a monk, poet, scientist, and magician on the run from the Roman Inquisition on charges of heresy for his belief that the Earth orbits the sun and that the universe is infinite. This alone could have got him burned at the stake, but he was also a student of occult philosophies and magic. In S.J. Parris’s gripping novel, Bruno’s pursuit of this rare knowledge brings him to London, where he is unexpectedly recruited by Queen Elizabeth I and is sent undercover to Oxford University on the pretext of a royal visitation. Officially Bruno is to take part in a debate on the Copernican theory of the universe; unofficially, he is to find out whatever he can about a Catholic plot to overthrow the queen. His mission is dramatically thrown off course by a series of grisly murders and a spirited and beautiful young woman. As Bruno begins to discover a pattern in these killings, he realizes that no one at Oxford is who he seems to be. Bruno must attempt to outwit a killer who appears obsessed with the boundary between truth and heresy. 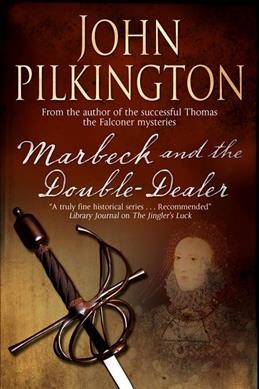 Marbeck and the Double-Dealer by John Pilkington

From the author of the successful Thomas the Falconer mysteries comes a new historical series featuring Elizabethan intelligencer Martin Marbeck . . . 1600: a new century dawns. War with Spain has dragged on for fifteen years, the conflict in Ireland for six. Unease stalks England in the dying years of Elizabeth I’s reign, and Elizabethan intelligencer Martin Marbeck is bored. Then a message from his spymaster, Sir Robert Cecil arrives: the existence of a spy has been discovered, code-named Morera, and Marbeck must uncover the true identity of this traitor quickly, before rumours of the young King Philip III forming a new Armada prove themselves to be true.

A Prisoner in Malta by Phillip DePoy. 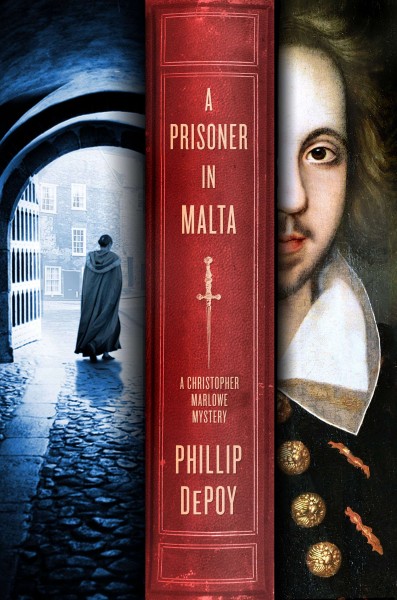 In 1583, the nineteen-year-old Christopher Marlowe—with a reputation as a brawler, a womanizer, a genius, and a social upstart at Cambridge University—is visited by a man representing Marlowe’s benefactors. There are rumors of a growing plot against her majesty Queen Elizabeth I, and the Queen’s spymaster, Sir Francis Walsingham, has charged young Marlowe with tracking down the truth. The path to that truth seems to run through an enigmatic prisoner held in complete seclusion in a heavily guarded dungeon in Malta. Marlowe must use every bit of his wits, his skills, and his daring to unravel one of the greatest mysteries in history and help uncover and unravel scheme of assassination and invasion, one involving the government of Spain, high ranking English nobles, and even Pope himself. Christopher Marlowe—Elizabethan playwright, poet, and spy—is one of the most enigmatic figures in Renaissance England. The son of a shoemaker from Canterbury, he attended Cambridge University on scholarship and, while frequently in trouble, was bailed out through the intercession of Queen Elizabeth I’s Privy Council. Long rumored to have been an agent on behalf of the Queen’s spymaster, Edgar Award winner Phillip DePoy’s new series brings Marlowe and his times to life. 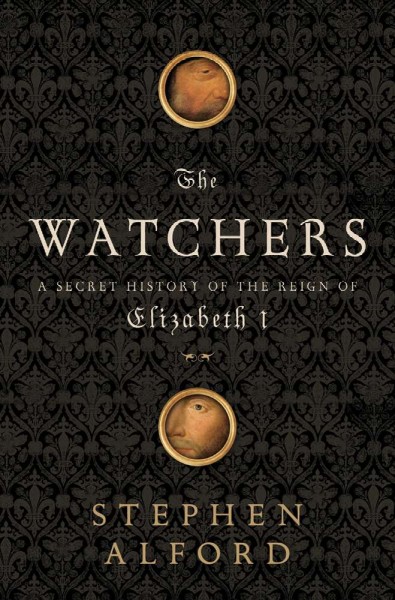 The Watchers: A Secret History of the Reign of Elizabeth I by Stephen Alford.

In a Europe aflame with wars of religion and dynastic conflicts, Elizabeth I came to the throne of a realm encircled by menace. To the great Catholic powers of France and Spain, England was a heretic pariah state, a canker to be cut away for the health of the greater body of Christendom. Elizabeth’s government, defending God’s true Church of England and its leader, the queen, could stop at nothing to defend itself. Headed by the brilliant, enigmatic, and widely feared Sir Francis Walsingham, the Elizabethan state deployed every dark art: spies, double agents, cryptography, and torture. Delving deeply into sixteenth-century archives, Stephen Alford offers a groundbreaking, chillingly vivid depiction of Elizabethan espionage, literally recovering it from the shadows. In his company we follow Her Majesty’s agents through the streets of London and Rome, and into the dank cells of the Tower. We see the world as they saw it-ever unsure who could be trusted or when the fatal knock on their own door might come. The Watchers is a riveting exploration of loyalty, faith, betrayal, and deception with the highest possible stakes, in a world poised between the Middle Ages and modernity 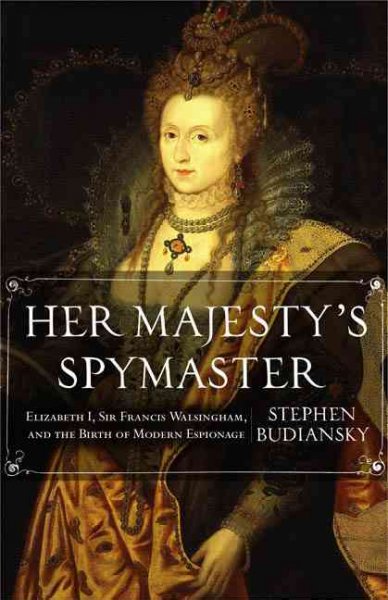 Her Majesty’s Spymaster: Elizabeth I, Sir Francis Walsingham, and the Birth of Modern Espionage. by Stephen Budiansky

Sir Francis Walsingham’s official title was principal secretary to Queen Elizabeth I, but in fact this pious, tight-lipped Puritan was England’s first spymaster. A ruthless, fiercely loyal civil servant, Walsingham worked brilliantly behind the scenes to foil Elizabeth’s rival Mary Queen of Scots and outwit Catholic Spain and France, which had arrayed their forces behind her. Though he cut an incongruous figure in Elizabeth’s worldly court, Walsingham managed to win the trust of key players like William Cecil and the Earl of Leicester before launching his own secret campaign against the queen’s enemies. Covert operations were Walsingham’s genius; he pioneered techniques for exploiting double agents, spreading disinformation, and deciphering codes with the latest code-breaking science that remain staples of international espionage.

In case you are feeling like really getting into the weeds on this topic here are a couple of titles that we would happily get you through interlibrary loan. 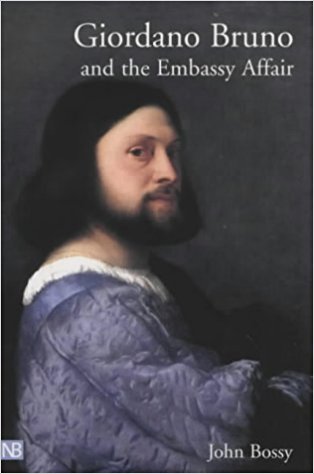 Giordano Bruno and the Embassy Affair by John Bossy

Delving into a netherworld of treachery and intrigue in Elizabethan London, John Bossy attempts to solve a centuries-old mystery: who was “Fagot,” the spy working within the French embassy in London to subvert Catholic efforts to overthrow Queen Elizabeth and her government? Bossy speculates on the spy’s identity in a book that makes a major contribution to the political and intellectual history of the wars of religion in Europe and to the domestic history of Elizabethan England.

Under the Molehill: An Elizabethan Spy Story by John Bossy 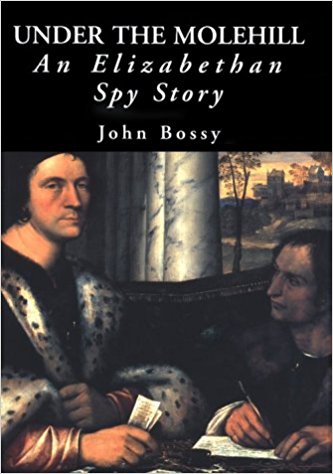 This absorbing account of Catholic and anti-Catholic plots and machinations at the English, French, and exiled Scottish courts in the latter part of the sixteenth century is a sequel to John Bossy’s highly acclaimed Giordano Bruno and the Embassy Affair. It tells the story of an espionage operation in Elizabethan London that was designed to find out what side France would take in the hostilities between Protestant England and the Catholic powers of Europe. France was a Catholic country whose king was nonetheless hostile to Spanish and papal aggression, Bossy explains, but the king’s sister-in-law, Mary Queen of Scots, in custody in England since 1568, was a magnet for Catholic activists, and the French ambassador in London, Michel de Castelnau, was of uncertain leanings. Bossy relates how Queen Elizabeth’s Secretary of State, Sir Francis Walsingham, found a mole in Castelnau’s household establishment, who passed information to someone in Walsingham’s employ. Bossy discovers the identity of these persons, what items of intelligence were passed over, and what the English government decided to do with the information.