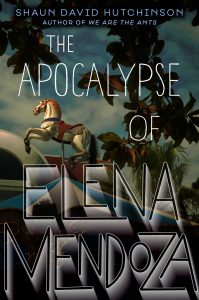 “Sixteen-year-old Elena Mendoza is the product of a virgin birth.

This can be scientifically explained (it’s called parthenogenesis), but what can’t be explained is how Elena is able to heal Freddie, the girl she’s had a crush on for years, from a gunshot wound in a Starbucks parking lot. Or why the boy who shot Freddie, David Combs, disappeared from the same parking lot minutes later after getting sucked up into the clouds. What also can’t be explained are the talking girl on the front of a tampon box, or the reasons that David Combs shot Freddie in the first place.

As more unbelievable things occur, and Elena continues to perform miracles, the only remaining explanation is the least logical of all—that the world is actually coming to an end, and Elena is possibly the only one who can do something about it.” 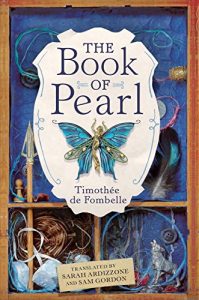 “Joshua Pearl comes from a world that we no longer believe in — a world of fairy tale. He knows that his great love waits for him there, but he is stuck in an unfamiliar time and place — an old-world marshmallow shop in Paris on the eve of World War II. As his memories begin to fade, Joshua seeks out strange objects: tiny fragments of tales that have already been told, trinkets that might possibly help him prove his own story before his love is lost forever. Sarah Ardizzone and Sam Gordon translate the original French into a work both luminous and layered, enabling Timothée de Fombelle’s modern fairy tale to thrum with magic. Brimming with romance and history, mystery and adventure, this ode to the power of memory, storytelling, and love will ensnare any reader’s imagination and every reader’s heart.” 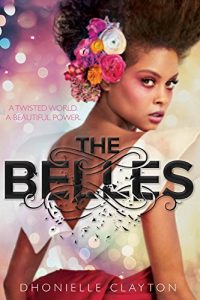 “Camellia Beauregard is a Belle. In the opulent world of Orleans, Belles are revered, for they control Beauty, and Beauty is a commodity coveted above all else. In Orleans, the people are born gray, they are born damned, and only with the help of a Belle and her talents can they transform and be made beautiful.

But it’s not enough for Camellia to be just a Belle. She wants to be the favorite, the Belle chosen by the Queen of Orleans to live in the royal palace, to tend to the royal family and their court, to be recognized as the most talented Belle in the land.

But once Camellia and her Belle sisters arrive at court, it becomes clear that being the favorite is not everything she always dreamed it would be. Behind the gilded palace walls live dark secrets, and Camellia soon learns that the very essence of her existence is a lie, that her powers are far greater, and could be more dangerous, than she ever imagined. And when the queen asks Camellia to risk her own life and help the ailing princess by using Belle powers in unintended ways, Camellia now faces an impossible decision.

With the future of Orleans and its people at stake, Camellia must decide: save herself and her sisters and the way of the Belles, or resuscitate the princess, risk her own life, and change the ways of her world forever.” 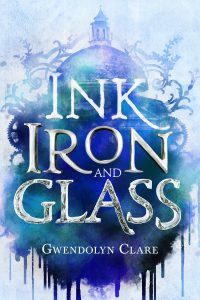 “Can she write a world gone wrong?

A certain pen, a certain book, and a certain person can craft entirely new worlds through a branch of science called scriptology. Elsa comes from one such world that was written into creation by her mother―a noted scriptologist.

But when her home is attacked and her mother kidnapped, Elsa is forced to cross into the real world and use her own scriptology gifts to find her. In an alternative Victorian Italy, Elsa finds a secret society of pazzerellones―young people with a gift for mechanics, alchemy, or scriptology―and meets Leo, a gorgeous mechanist with a smart mouth and tragic past. She recruits the help of these fellow geniuses just as an assassin arrives on their doorstep.

In this thrilling debut, worlds collide as Elsa unveils a deep political conspiracy seeking to unlock the most dangerous weapon ever created―and only she can stop it.” 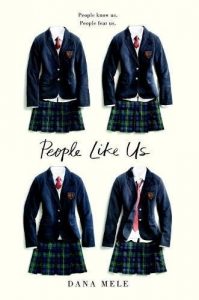 “Kay Donovan may have skeletons in her closet, but the past is past, and she’s reinvented herself entirely. Now she’s a star soccer player whose group of gorgeous friends run their private school with effortless popularity and acerbic wit. But when a girl’s body is found in the lake, Kay’s carefully constructed life begins to topple. The dead girl has left Kay a computer-coded scavenger hunt, which, as it unravels, begins to implicate suspect after suspect, until Kay herself is in the crosshairs of a murder investigation. But if Kay’s finally backed into a corner, she’ll do what it takes to survive. Because at Bates Academy, the truth is something you make…not something that happened.”