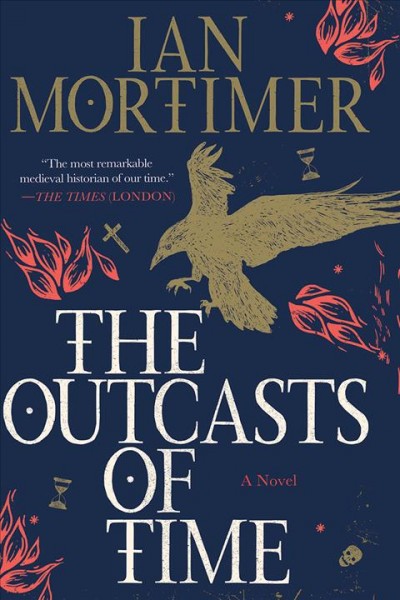 It’s the 14th century. Two brothers, William and John, are walking home through the hellscape that is the Devon countryside in the grip of the black death. As they walk past piles of bodies, it becomes clear that they too are dying. They are given a choice, by who they don’t really know, go home and die or live out the last 6 days of their life jumping 99 years into the future each day. They take the last option. Each day they wake up almost a century ahead of the day before and as they advance their understanding of the world they inhabit becomes less and less sure. All the while John tries desperately to find a way to save his soul and William follows him out of love. That is the intriguing beginning to Ian Mortimer’s Outcasts of Time

This is a fascinating book and one of the only time travel novels I am aware of that really focuses on the effects of time travel going forward in time. Mortimer does an excellent job picking out the things big and small that would befuddle time travelers across centuries. John and William’s biggest problem oftentimes is just making themselves understood and understanding the people they meet. The further ahead they go the more the language changes. Not just pronunciation, they have to figure out what “Mister” means. They also have to confront the Protestant Reformation from the perspective of Medieval religious mindset. And every day they wake up 99 years in the future and it gets a little worse.

The story is told from John’s perspective. As they move forward through time John and William’s lives up to that point unfold. John is a happily married stone carver with three sons. William a womanizing wool merchant. They both fought in France in the Hundred Years War.

The story is also very graphic. Mortimer does not shy away from depicting the horrors of the past. That was a strong appeal for me but I can see how it would put off others. I also just plain loved the cover.