Yes it is the Ides of March! Julius Caesar, then dictator of Rome after the defeat of his rival Pompey, is murdered by a mob of Senators while entering Pompey’s theater. After his death the conspirators attempt to re-institute the Roman republic but are hunted down and defeated by the forces of Marcus Antonius and Octavian, Caesar’s nephew and heir. 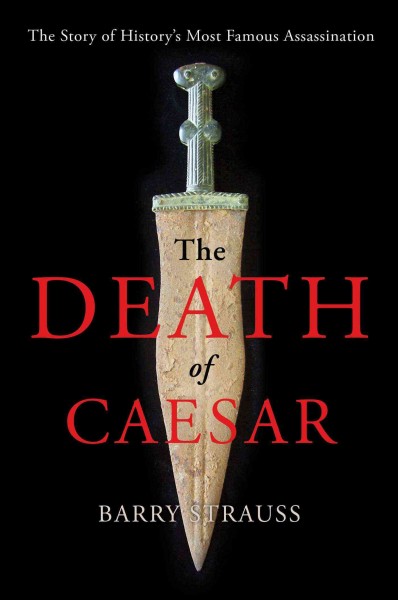 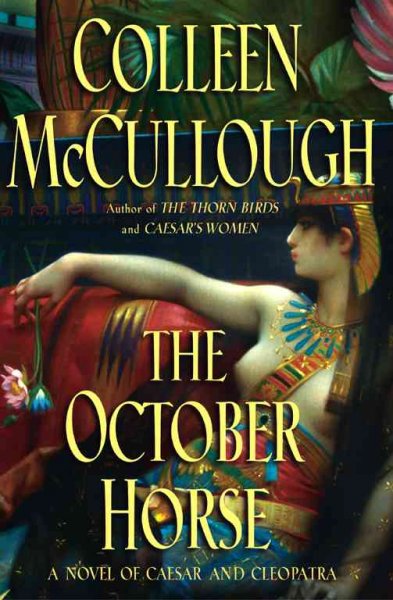 The Death of Caesar: The Story of History’s Most Famous Assassination by Barry Strauss
Why was Caesar killed? For political reasons, mainly. The conspirators wanted to return Rome to the days when the Senate ruled, but Caesar hoped to pass along his new powers to his family, especially Octavian. The principal plotters were Brutus, Cassius (former allies of Pompey) & Decimus. The last was a leading general & close friend of Caesar’s who felt betrayed. He was the mole in Caesar’s camp. After the assassination everything went wrong. The killers left the body in the Senate & Caesar’s allies held a public funeral. Mark Antony made a brilliant speech—not “Friends, Romans, Countrymen” as Shakespeare had it, but something inflammatory that caused a riot. The conspirators fled Rome. Brutus & Cassius raised an army in Greece. Antony & Octavian defeated them. An original, new perspective on an event that seems well known, The Death of Caesar is “one of the most riveting hour-by-hour accounts of Caesar’s final day I have read….An absolutely marvelous read”–The Times, London

The October Horse: A Novel About Caesar and Cleopatra by Colleen McCullough
In the last days of the Roman Republic, Gaius Julius Caesar is both adored and despised — but his rule is unshakable. Forced by civil war to leave his beguiling mistress Cleopatra, Caesar turns his eye to the future: who is to inherit the throne of Roman power? But in the shadows of the empire, the talk is of murder. Who among his associates has the cunning and skill to fell the fierce leader — and brave the dangerous consequences of that cataclysmic act?

Occurring near the sight of Greensboro, North Carolina, this Revolutionary War battle was a major engagement in the Southern Campaign. A much smaller British army under the command of Charles Cornwallis defeated an American army under Nathaniel Greene. In spite of the American’s being defeated it was a Pyrrhic victory for the British as they lost so many troops they had to withdraw north. This lead to Greene dismantling British control of the south and ultimately to Cornwallis’s defeat at Yorktown in October of that year. 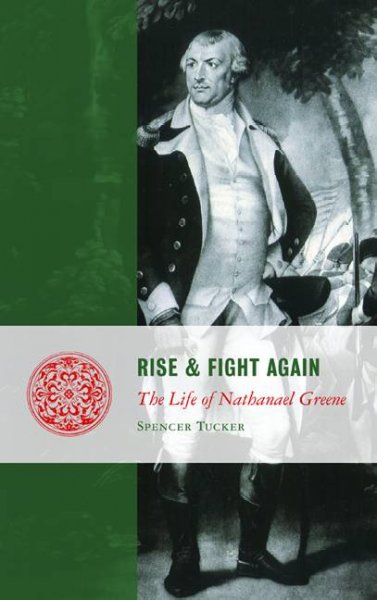 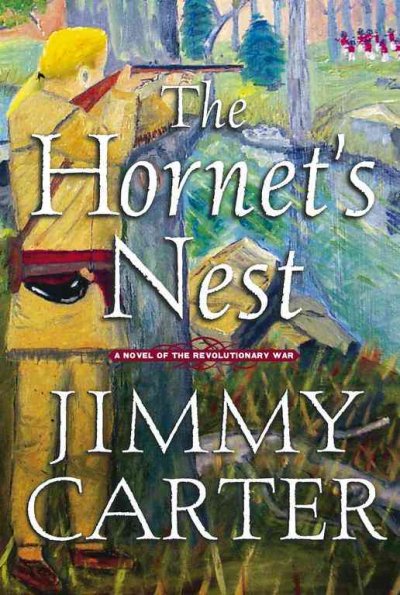 Rise and Fight Again: The Life of Nathanael Greene by Spencer C. Tucker.

Next only to Continental army commander General George Washington, Nathanael Greene was the most important American general of the War for Independence. This title tells the story of Greene’s rise from relative obscurity to military prominence at the tender age of thirty-two. It also shows that Greene was by nature a problem-solver.

The Hornet’s Nest: A Novel of the Revolutionary War by Jimmy Carter

The first work of fiction by a President of the United States — a sweeping novel of the American South and the War of IndependenceIn his ambitious and deeply rewarding novel, Jimmy Carter brings to life the Revolutionary War as it was fought in the Deep South; it is a saga that will change the way we think about the conflict. He reminds us that much of the fight for independence took place in that region and that it was a struggle of both great and small battles and of terrible brutality, with neighbor turned against neighbor, the Indians’ support sought by both sides, and no quarter asked or given. “The Hornet’s Nest” follows a cast of characters and their loved ones on both sides of this violent conflict — including some who are based on the author’s ancestors.

Maine had been a district of Massachusetts since the colonial period. In 1819, however, Massachusetts voted to allow Maine to break off and form its own state. This created a constitutional crisis since at the time there was an equal number of free states and slave states in the Union. Maine would enter as a free state which would throw off the balance. The impasse was over come when Speaker of the House Henry Clay brokered a compromise by which Maine would enter as a free state and Missouri would enter as a slave state. It also established the southern boarder Missouri as the norther boundary of all future slave states. Known as the Missouri Compromise it was one of the pivotal events leading to the Civil War. 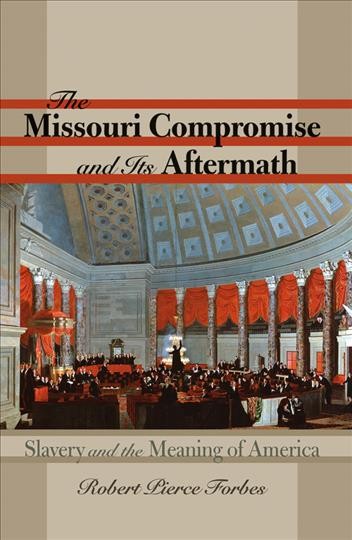 The Missouri Compromise and its Aftermath: Slavery & the Meaning of America by Robert Pierce Forbes

Robert Pierce Forbes goes behind the scenes of the crucial Missouri Compromise, the most important sectional crisis before the Civil War, to reveal the high-level deal-making, diplomacy, and deception that defused the crisis, including the central, unexpected role of President James Monroe. Although Missouri was allowed to join the union with slavery, the compromise in fact closed off nearly all remaining federal territories to slavery.

[I know you will find this shocking but I could not find a single work of historical fiction involving Maine statehood. If you know of a title put it in the comments below!]

Russia’s repeated military failures in World War I created significant food shortages and unrest that lead to what was known as the February Revolution. As unrest grew it was strongly suggested to Nicholas that he abdicate. Initially he abdicated in favor of his son, Alexei. However a couple of hours later he changed his mind after his doctors informed him that his son’s ill health would not allow to rule. At that point Nicholas abdicated in favor of his brother Michael. He did not tell Michael that he had done this and the first Michael heard of it was when a delegation from the Duma, Russia’s parliament, showed up at his door. Fearing for his life, Michael declined the Romanov crown unless a Duma and the Russian people voted to accept him as Emperor. The events of the Russian Revolution soon over took him and no vote was ever held thus ending the Romanov dynasty. 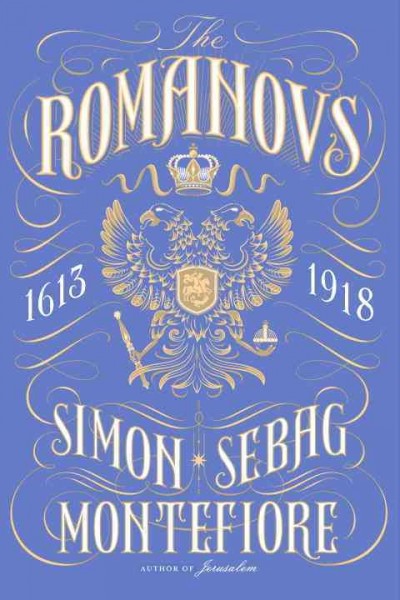 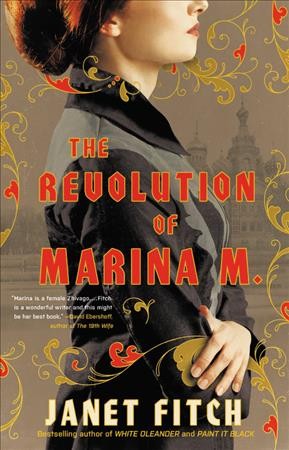 The Romanovs were the most successful dynasty of modern times, ruling a sixth of the world’s surface for three centuries. How did one family turn a war-ruined principality into the world’s greatest empire? And how did they lose it all? This is the intimate story of twenty tsars and tsarinas, some touched by genius, some by madness, but all inspired by holy autocracy and imperial ambition. Simon Sebag Montefiore’s gripping chronicle reveals their secret world of unlimited power and ruthless empire-building, overshadowed by palace conspiracy, family rivalries, sexual decadence and wild extravagance, with a global cast of adventurers, courtesans, revolutionaries and poets, from Ivan the Terrible to Tolstoy and Pushkin, to Bismarck, Lincoln, Queen Victoria and Lenin.

The Revolution of Marina M. by Janet Fitch.

St. Petersburg, New Year’s Eve, 1916. Marina Makarova is a young woman of privilege who aches to break free of the constraints of her genteel life, a life about to be violently upended by the vast forces of history. Swept up on these tides, Marina will join the marches for workers’ rights, fall in love with a radical young poet, and betray everything she holds dear, before being betrayed in turn. As her country goes through almost unimaginable upheaval, Marina’s own coming-of-age unfolds, marked by deep passion and devastating loss, and the private heroism of an ordinary woman living through extraordinary times. This is the epic, mesmerizing story of one indomitable woman’s journey through some of the most dramatic events of the last century.