April showers bring May flowers. This year April and May bring four new Roleplaying games to the Peabody Institute of Danvers. Call of Cthulhu, a horror RPG with strong ties to the New England Area. FATE, a unique rules light system that focuses on the narrative of the game. Monster of the Week, another rules light system geared towards horror games. Finally, Starfinder a science fiction adaptation of the Pathfinder fantasy roleplaying game. 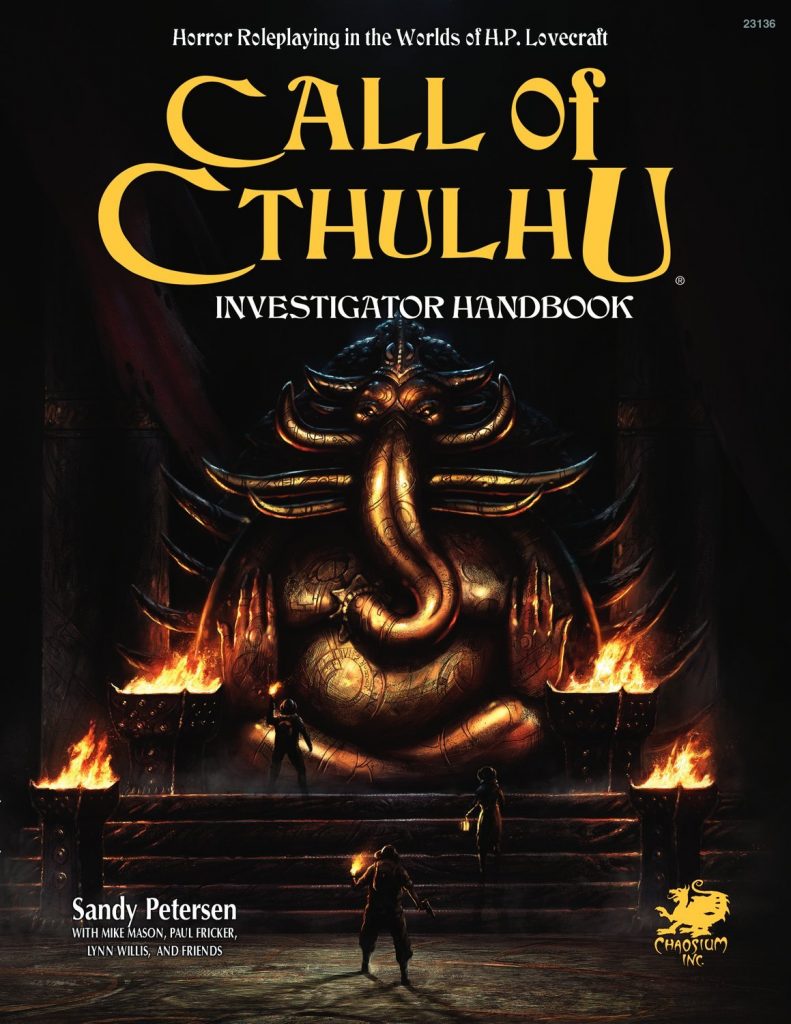 During the Golden Age of Pulp Fiction three Weird Tales authors crafted a shared literary universe. H.P. Lovecraft, Clark Ashton Smith, and Robert E. Howard utilized the others monsters, gods, and artifacts in their tales. Other writers joined in, widening what would become known as the Cthulhu Mythos. This collaborative horror setting has spawned movies, comic books, music, and role-playing games.
In 1981 Chaosium Games released one of the most iconic and long lived horror roleplaying games. Call of Cthulhu, now in its 7th edition plunges players into the world of H.P. Lovecraft. The Call of Cthulhu Investigator Handbook has everything you need to create a character for a game of Call of Cthulhu.

What you need for Call of Cthulhu 7th edition 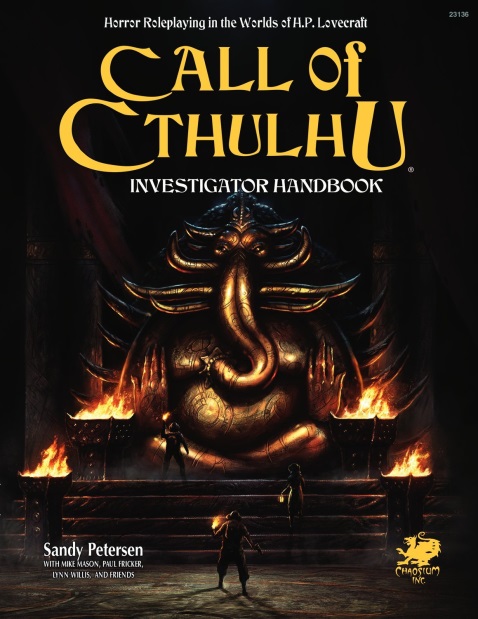 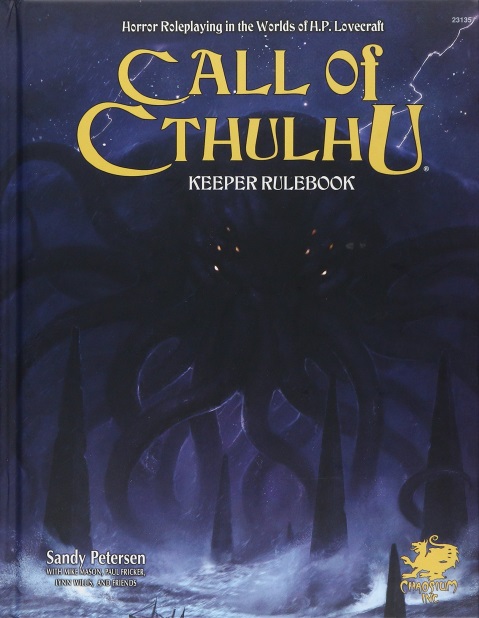 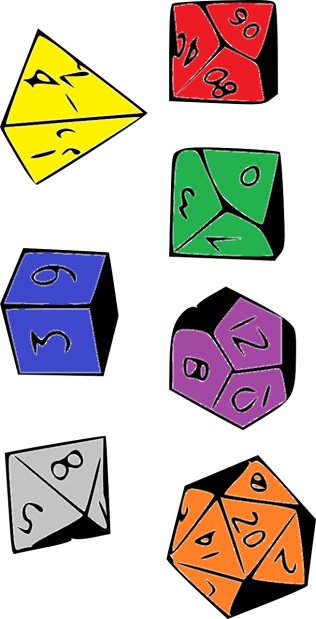 What I love about the Call of Cthulhu Investigator Handbook

Call of Cthulhu was originally a variant of the Runequest roleplaying game, one of the earliest rivals to Dungeons & Dragons. Not much has changed since Call of Cthulhu first appeared in 1981. The core mechanics in the latest edition have been tweaked to make them internally consistent and easier for new players and keepers.

The Call of Cthulhu Investigator Handbook is available at the Peabody Institute of Danvers or through interlibrary loan. 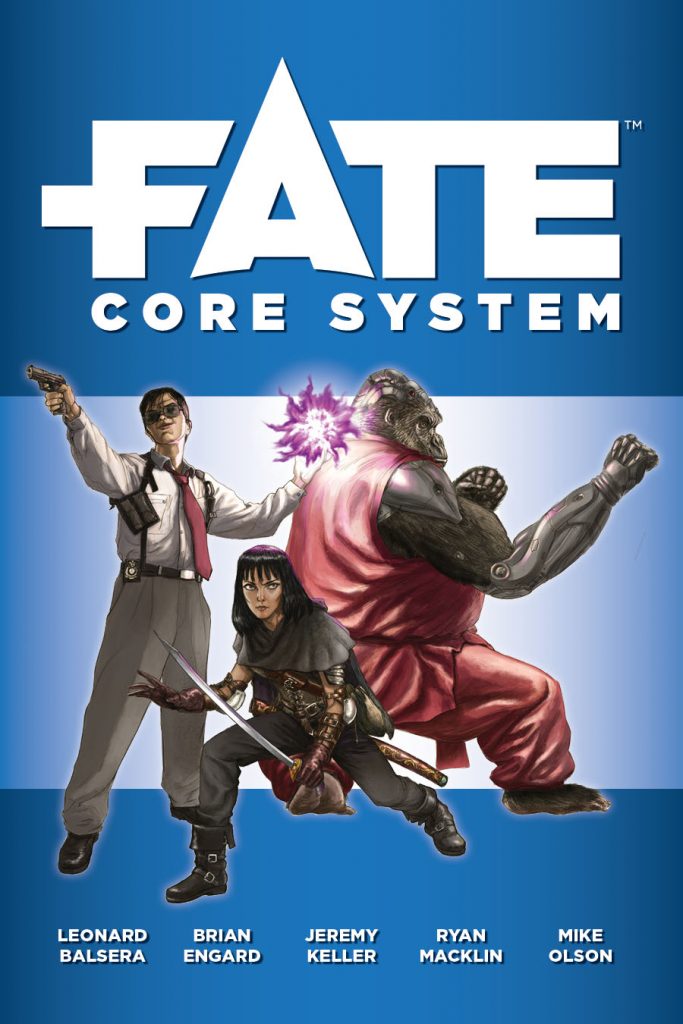 FATE is a rules light game based on Fudge, the Freeform Universal Do-it-yourself Gaming Engine. The game has Game mechanics in FATE are crafted to support narrative based campaigns. FATE characters are built through a series of Aspects, brief statements that outline who and what they are. An important thing to keep in mind is the rules in the FATE Core System are optional and quite modular. This is not a game that can easily played as-is. Luckily there is a significant amount of support.

What you need for FATE

To run a game of FATE all that is needed is the FATE Core System and four FATE dice. The FATE dice can easily be substituted with conventional six sided dice. 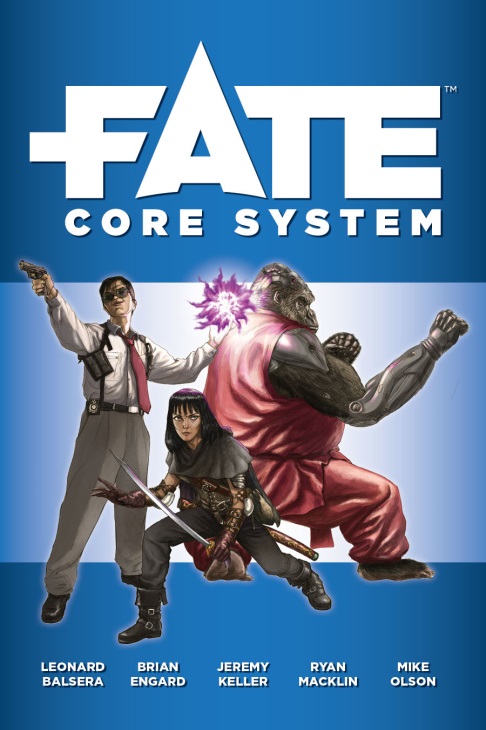 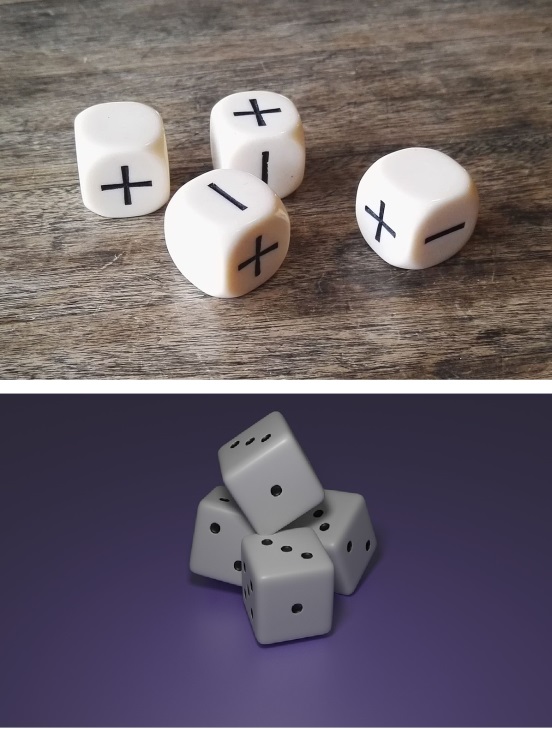 What I love about the FATE Core System

FATE is a system bursting with potential. It can be run across a multitude of genres, without the complex mechanics found in other roleplaying games. Since the system has been published under the Open Game License, there is a rich amount of third party material available.

The FATE Core System is available at the Peabody Institute of Danvers or through interlibrary loan. 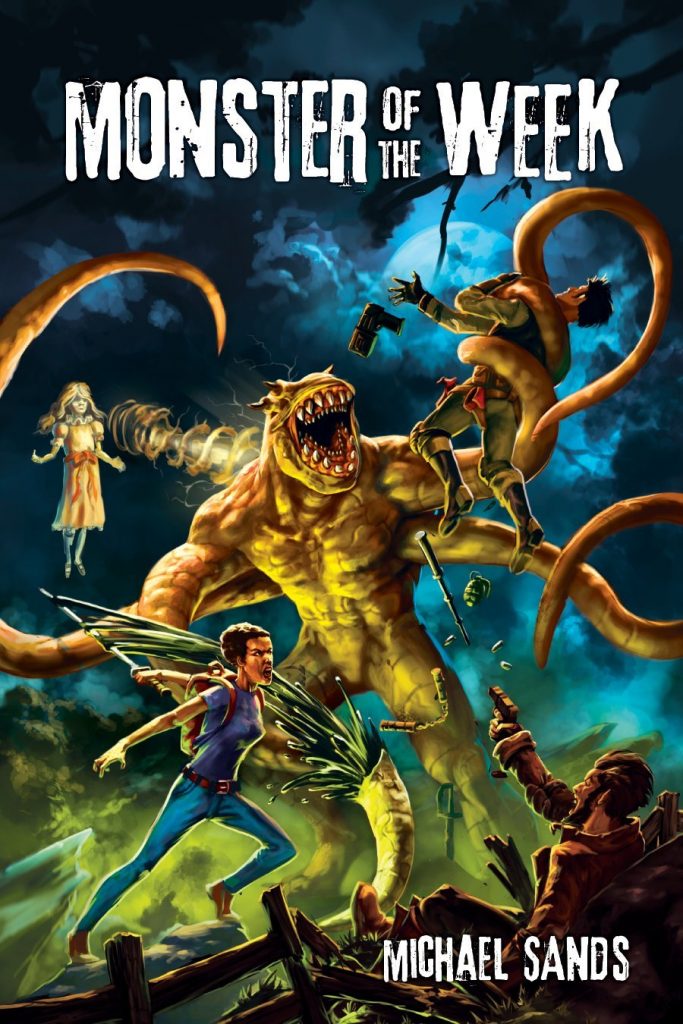 Monster of the Week

Looking to run a Scooby-Doo mystery of the week? How about fighting vampires with Buffy Summers and the Winchester brothers? Monster of the Week has that covered. This is a rules light, pick-up-and-play game supporting multiple levels of play. Characters are built using a series of customizable archetypes.

What you need for Monster of the Week 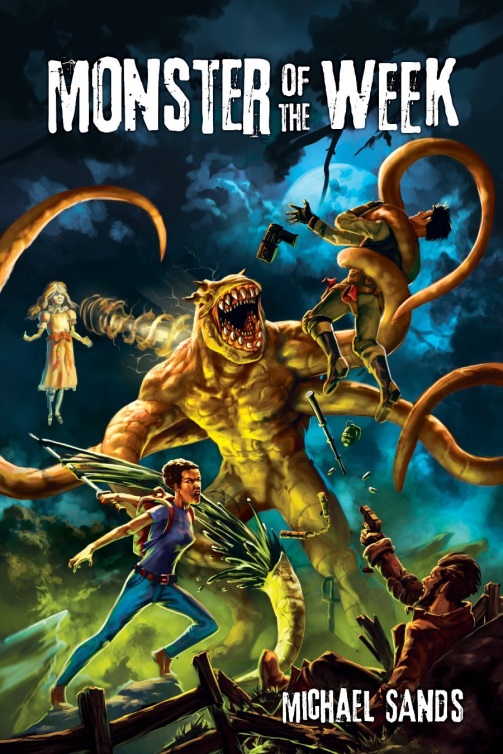 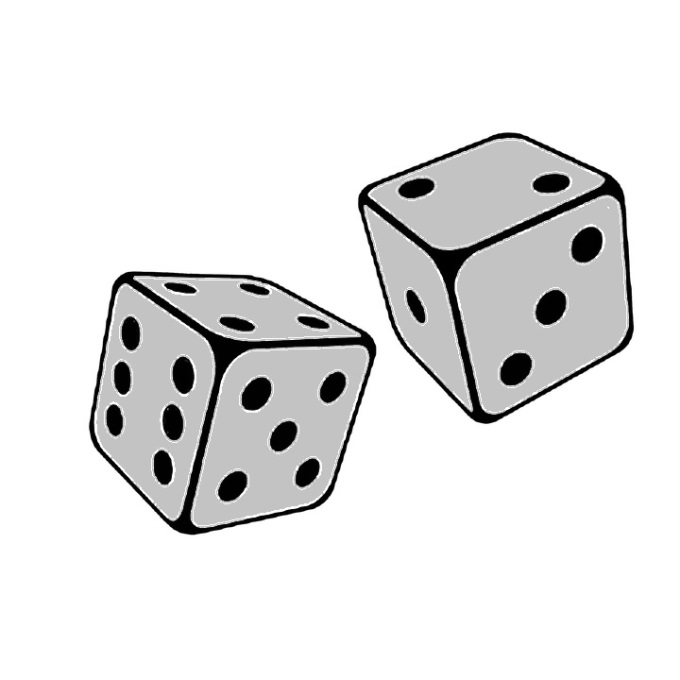 What I love about Monster of the Week

I enjoy the ability to customize the game to a variety of play styles. Monster of the Week need not focus on a thwarting an alien invasion, or a vampire infestation, it can also be used to run “Mystery of the Week” style games. Combined with the rules light and pick-up-and-play nature of the game, I can see Monster of the Week working for younger gamers.

Monster of the Week is available at the Peabody Institute of Danvers or through interlibrary loan. 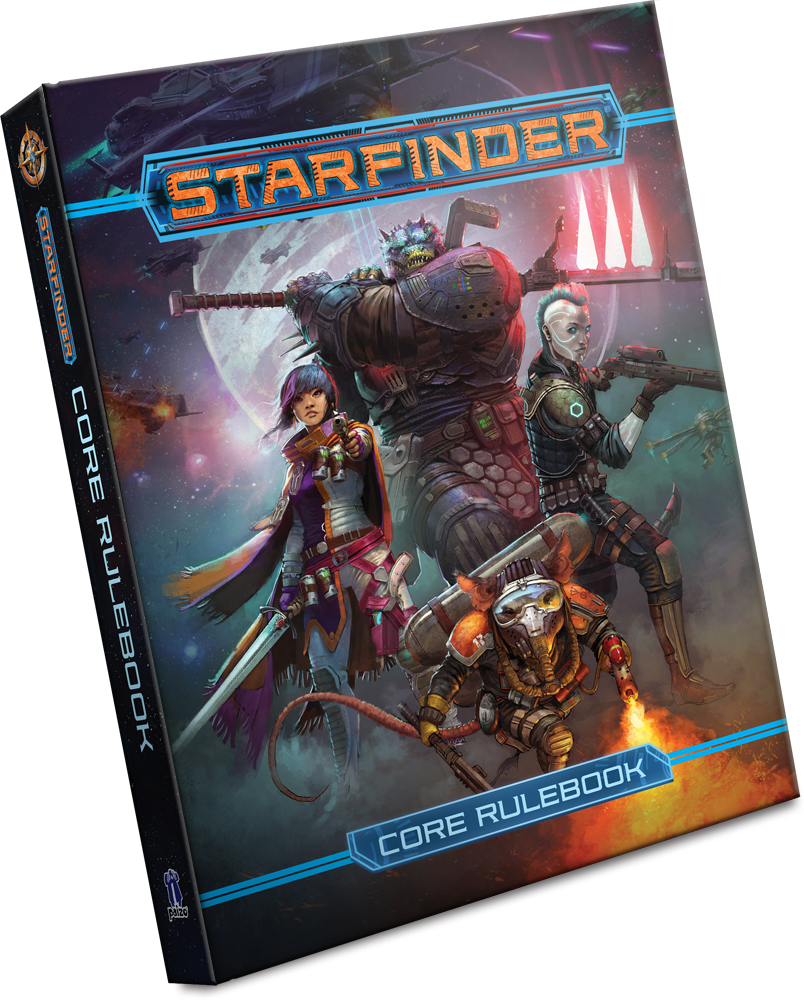 Over the years there have been several science fiction roleplaying games based on the Dungeons & Dragons rules. Starfinder is the newest kid on the galactic block. The game is an adaptation of Paizo Publishing’s Pathfinder fantasy roleplaying game. Starfinder has undergone significant changes compared to its predecessor, and is not a game for beginners.

What you need for Starfinder 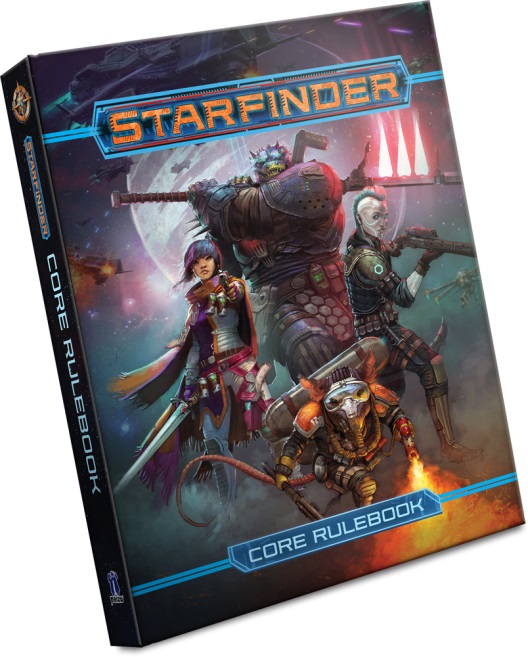 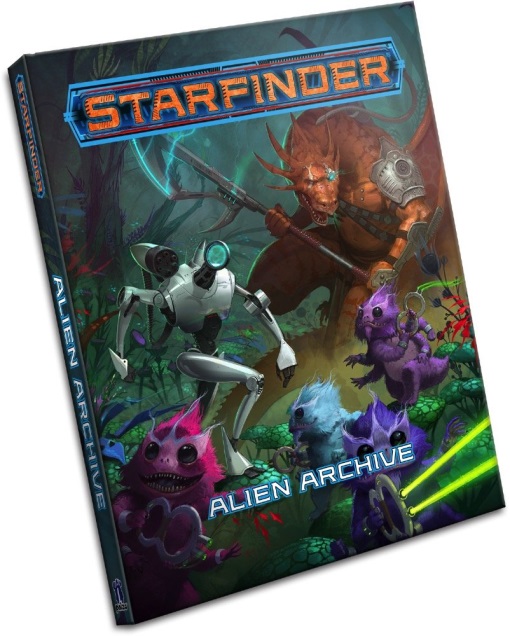 What I love about the Starfinder Core Rulebook

Like the Pathfinder Core Rulebook, Starfinder needs only the Core Rulebook to run and play. The Core Rulebook does not contain any monster stats, but it includes a handy conversion guide, allowing you to use any D20 compatible Monster Manual to run the game.

If you are looking for a place to play games, or an area for quiet study the Peabody Institute of Danvers has several study rooms available. For more information or to reserve a room you can e-mail the reference department at danversref@noblenet.org, or give the library a call at 978-774-0554.