The Secret Token: Myth, Obsession, and the Search for the Lost Colony of Roanoke by Andrew Lawler 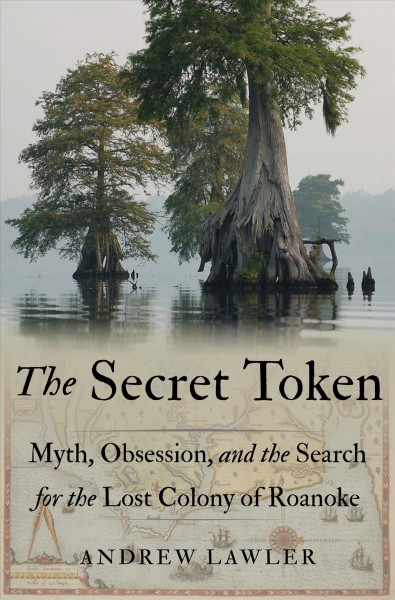 A sweeping account of a four-hundred-year-old mystery, the archeologists racing to unearth the answer, and what the Lost Colony reveals about America–from colonial days to today

In 1587, 115 men, women, and children arrived on Roanoke, an island off the coast of North Carolina. Chartered by Queen Elizabeth I, their colony was to establish a foothold for England in the New World. But by the time the colony’s leader, John White, returned to Roanoke from a resupply mission in England, his settlers were nowhere to be found. They had vanished into the wilderness, leaving behind only a single clue–the word “Croatoan” carved into a tree.

The disappearance of the Lost Colony became an enduring American mystery. For four centuries, it has gone unsolved, obsessing countless historians, archeologists, and amateur sleuths. Today, after centuries of searching in vain, new clues have begun to surface. In The Secret Token, Andrew Lawler offers a beguiling history of the Lost Colony, and of the relentless quest to bring its fate to light. He accompanies competing archeologists as they seek out evidence, each team hoping to be the first to solve the riddle. In the course of his journey, Lawler explores how the Lost Colony came to haunt our national consciousness, working its way into literature, popular culture, and politics.

The Brink: President Reagan and the Nuclear War Scare of 1983 by Marc Ambinder 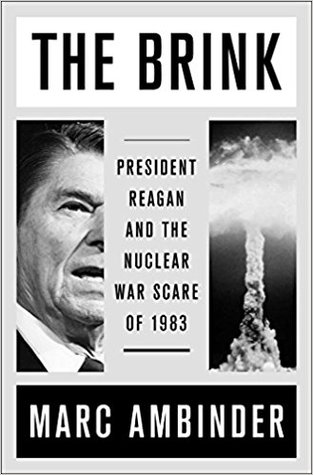 The incredible story of the 1983 war game that triggered a tense, brittle period of nuclear brinkmanship between the United States and the former Soviet Union.

What happened in 1983 to make the Soviet Union so afraid of a potential nuclear strike from the United States that they sent mobile ICBMs (intercontinental ballistic missiles) into the field, placing them on a three-minute alert?

Marc Ambinder explains the anxious period between the United States and the Soviet Union from 1982 to 1984, with the “Able Archer ’83” war game as the fulcrum of the tension. With astonishing and clarifying new details, he recounts the scary series of the close encounters that tested the limits of ordinary humans and powerful leaders alike. Ambinder explains how political leadership ultimately triumphed over misunderstandings, helping the two countries maintain a fragile peace.

God, War, and Providence: The Epic Struggle of Roger Williams and the Narragansett Indians Against the Puritans of New England by James A. Warren. 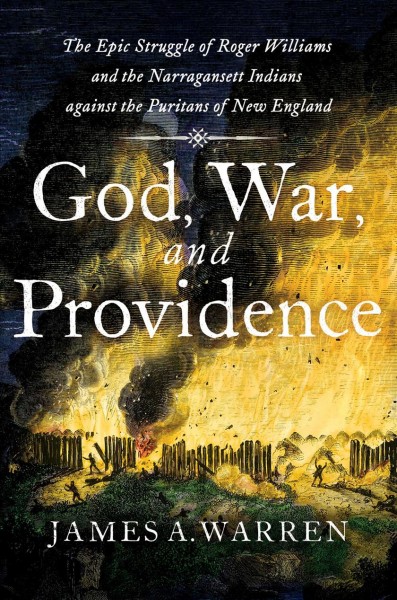 The tragic and fascinating history of the first epic struggle between white settlers and Native Americans in the early seventeenth century: a fresh look at the aggressive expansionist Puritans in New England and the determined Narragansett Indians, who refused to back down and accept English authority over people and their land.

A devout Puritan minister in seventeenth-century New England, Roger Williams was also a social critic, diplomat, theologian, and politician who fervently believed in tolerance. Yet his orthodox brethren were convinced tolerance fostered anarchy and courted God’s wrath. Banished from Massachusetts Bay Colony in 1635, Williams purchased land from the Narragansett Indians and laid the foundations for the colony of Rhode Island as a place where Indian and English cultures could flourish side by side, in peace.

As the seventeenth century wore on, a steadily deepening antagonism developed between an expansionist, aggressive Puritan culture and an increasingly vulnerable, politically divided Indian population. Indian tribes that had been at the center of the New England communities found themselves shunted off to the margins of the region. By the 1660s, all the major Indian peoples in southern New England had come to accept English authority, either tacitly or explicitly. All, except one: the Narragansetts.

In God, War, and Providence James A. Warren tells the remarkable and little-known story of the alliance between Roger Williams’s Rhode Island and the Narragansett Indians, and how they joined forces to retain their autonomy and their distinctive ways of life against Puritan encroachment. Deeply researched, vividly written, this account of the Narragansetts’ courageous resistance campaign, aided by Williams, serves as a telling precedent for white-Native American encounters along the North American frontier for the next 250 years. 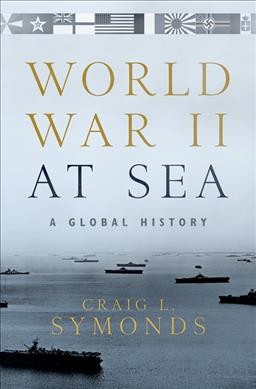 Author of Lincoln and His Admirals (winner of the Lincoln Prize), The Battle of Midway (Best Book of the Year, Military History Quarterly), and Operation Neptune (winner of the Samuel Eliot Morison Award for Naval Literature), Craig L. Symonds ranks among the country’s finest naval historians. World War II at Sea is his crowning achievement, a narrative of the entire war and all of its belligerents, on all of the world’s oceans and seas between 1939 and 1945.

Here are the major engagements and their interconnections: the U-boat attack on Scapa Flow and the Battle of the Atlantic; the “miracle” evacuation from Dunkirk and the scuttling of the French Navy; the pitched battles for control of Norway fjords and Mussolini’s Regia Marina; the rise of the Kidö Butai and Pearl Harbor; the landings in North Africa and New Guinea, then on Normandy and Iwo Jima. Symonds offers indelible portraits of the great naval leaders-FDR and Churchill (self-proclaimed “Navy men”), Karl Dönitz, François Darlan, Ernest King, Isoroku Yamamoto, Louis Mountbatten, and William Halsey, while acknowledging the countless seamen and officers of all nationalities whose lives were lost during the greatest naval conflicts ever fought. World War II at Sea is history on a truly epic scale.

The Black Prince by Michael Jones 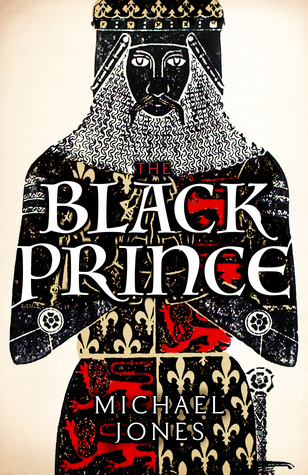 A major new biography of the Black Prince: hero of the battles of Crécy and Poitiers and England’s greatest medieval warrior.

As a child he was given his own suit of armour; in 1346, at the age of 16, he helped defeat the French at Crécy; and in 1356 he captured the King of France at Poitiers. For the chronicler Jean Froissart, ‘He was the flower of all chivalry’; for the Chandos Herald, who fought with him, he was ‘the embodiment of all valour’. Edward of Woodstock, eldest son and heir of Edward III of England, better known as ‘the Black Prince’, was England’s pre-eminent military leader during the first phase of the Hundred Years War.

Michael Jones uses contemporary chronicles and documentary material, including the Prince’s own letters and those of his closest followers, to tell the tale of an authentic English hero and to paint a memorable portrait of warfare and society in the tumultuous fourteenth century. 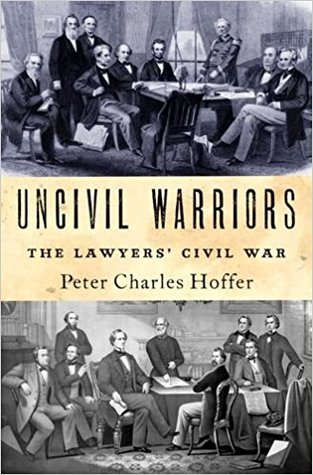 In the Civil War, the United States and the Confederate States of America engaged in combat to defend distinct legal regimes and the social order they embodied and protected. Depending on which side has an argument that one accepted, the Constitution either demanded the Union’s continuance or allowed for its dissolution. After the war began, rival legal concepts of insurrection (a civil war within a nation) and belligerency (war between sovereign enemies) vied for adherents in federal and Confederate councils.

In a “nation of laws,” such martial legalism was not surprising. Moreover, many of the political leaders of both the North and the South were lawyers themselves, including Abraham Lincoln. These lawyers now found themselves at the center of this violent maelstrom. For these men, as for their countrymen in the years following the conflict, the sacrifices of the war gave legitimacy to new kinds of laws defining citizenship and civil rights. Uncivil Warriors focuses on these lawyers’ civil war: the legal professionals who plotted the course of the war from seats of power, the scenes of battle, and the home front. Both sides in the Civil War had their complement of lawyers, and eminent legal historian Peter Hoffer, provides coverage of both sides’ leading lawyers. In positions of leadership, they struggled to make sense of the conflict and, in the course of that struggle, they began to glimpse into a new world of law. It was a law that empowered as well as limited government, a law that conferred personal dignity and rights on those who, at the war’s beginning, could claim neither in law.

Comprehensive in coverage, Uncivil Warriors focus on the legal side of America’s worst conflict will reshape our understanding of the Civil War itself.