306 Constantine I is Declared Emperor of Rome By His Troops.

Constantine was born in the Balkans and like his father served in the Roman army. He eventually rose to the rank of Caesar. In this time the Roman Empire was ruled by two Emperors, one in the east and one in the west, and under them two Caesars. Constantine controlled what is today England, France and Spain. His troops in modern day York declared him Emperor but he would still have to fight a long series of civil wars with other claimants before he could officially hold the title. 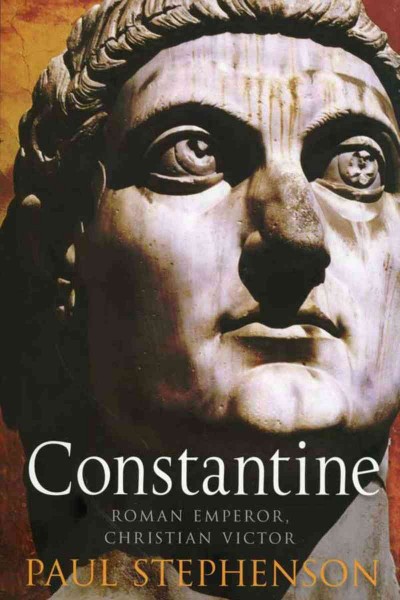 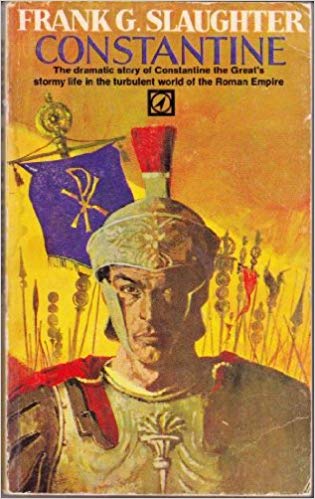 Constantine: Roman Emperor, Christian Victor by Paul Stephenson.
In 312 A.D., Constantine-one of four Roman emperors ruling a divided empire-marched on Rome to establish his control. On the eve of the battle, a cross appeared to him in the sky with an exhortation, “By this sign conquer.” Inscribing the cross on the shields of his soldiers, Constantine drove his rivals into the Tiber and claimed the imperial capital for himself. Under Constantine, Christianity emerged from the shadows, its adherents no longer persecuted. Constantine united the western and eastern halves of the Roman Empire. He founded a new capital city, Constantinople. Thereafter the Christian Roman Empire endured in the East, while Rome itself fell to the barbarian hordes. Paul Stephenson offers a nuanced and deeply satisfying account of a man whose cultural and spiritual renewal of the Roman Empire gave birth to the idea of a unified Christian Europe underpinned by a commitment to religious tolerance.

Constantine: The Miracle of the Flaming Cross. by Frank G. Slaughter.
In Constantine is witnessed the first Christian ruler of the Roman Empire, who brought about the Nicene Creed, a confession of faith formulated and decreed by the First Council of Nicea, 325 A.D. Many readers will be half-way through this book before they discover they aren’t reading a novel but a stitching together of several hundred incidents with no big scenes. The romantic aspect of Constantine’s accession to the rule of empire is depicted in the activities of his hellcat wife, Fausta. Many of Constantine’s errors are laid to her machinations. The movement of Constantine over the face of Europe and Asia Minor is his character; but psychologically, his personality is considerably less interesting than Julius Caesar’s, Alexander’s or Napoleon’s. He had a hand for politics but was essentially a soldier, and many consider his acceptance of Christ as merely adventitious. Dr. Slaughter keeps a tight rein on fancy, and Constantine emerges as an admirable but colorless man.

In 1137 William Duke of Aquitaine died making his daughter Duchess of Aquitaine one of the largest fiefs in southern France. As such she became to most marriageable daughter in France. Her guardian king Louis VII promptly married her off to his son to secure Aquitaine for France. Eleanor would go on to (among other things) participate in the second crusade, have a affair with Henry Duke of Normandy, divorce her husband, marry Henry who became Henry II king of England, have 10 children, five of which would be kings and queens, lead some of those children in a failed revolt against Henry, and serve a regnant of England while her son Richard was on crusade. 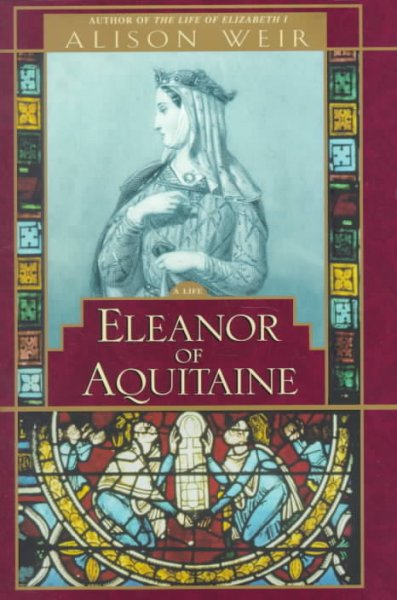 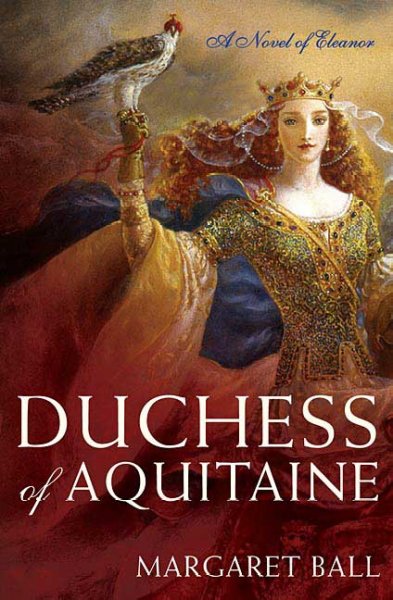 Eleanor of Aquitaine: A Life by Alison Weir.
Renowned in her time for being the most beautiful woman in Europe, the wife of two kings and mother of three, Eleanor of Aquitaine was one of the great heroines of the Middle Ages. At a time when women were regarded as little more than chattel, Eleanor managed to defy convention as she exercised power in the political sphere and crucial influence over her husbands and sons. In this beautifully written biography, Alison Weir paints a vibrant portrait of this truly exceptional woman, and provides new insights into her intimate world. Eleanor of Aquitaine lived a long life of many contrasts, of splendor and desolation, power and peril, and in this stunning narrative, Weir captures the woman– and the queen–in all her glory. With astonishing historic detail, mesmerizing pageantry, and irresistible accounts of royal scandal and intrigue, she recreates not only a remarkable personality but a magnificent past era.

Duchess of Aquitaine: A Novel of Eleanor by Margaret Ball.
Beautiful and brilliant, Eleanor is the daughter of the duke of Aquitaine, whose glittering court is the twelfth-century birthplace of courtly love. For all of the duke’s boasts that Eleanor has the brains of a man and the soul of a warrior, everyone knows that a girl of fifteen cannot possibly hold the richest dukedom in France. Everyone, that is, except her dying father, who insists on leaving Eleanor his most valuable provinces—and making her prey to the first baron who rides in to kidnap her. Eleanor, though, is not content to sit idly by and let herself become a victim, and devises a plan to marry the heir to the throne of France. While her alliance to Louis VII may be a dazzling one, her husband is a cautious man whose wit and courage do not always match Eleanor’s own, and she ultimately finds herself seeking an even greater match with Henry II of England. Sweeping from the courts of Paris to the perils of the Crusades, Duchess of Aquitaine gloriously illuminates the life of one of the most powerful, resourceful, and fascinating women in all of history.

James VI was the son of Mary Queen of Scots who had a claim on the crown of England. When Elizabeth I died without children, James VI was invited to England to become James I. This ended the Tudor period and started the Stuart period. It also united the kingdoms of England and Scotland. James’s son Charles I would be executed by Oliver Cromwell at the end of the English Civil War. 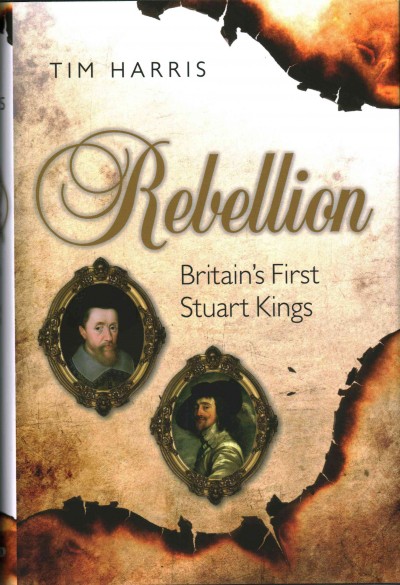 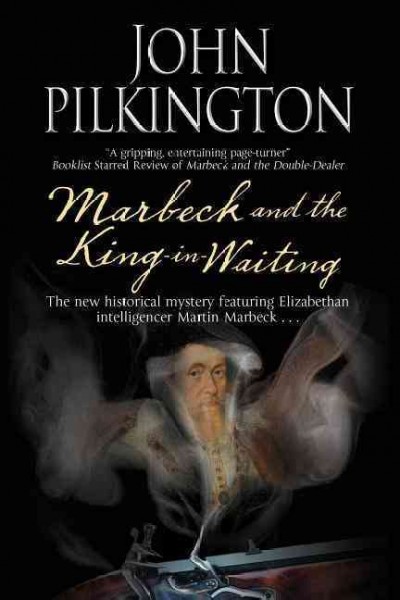 Rebellion: Britain’s First Stuart Kings, 1567-1642 by Tim Harris.
A gripping new account of one of the most important and exciting periods of British and Irish history: the reign of the first two Stuart kings, from 1567 to the outbreak of civil war in 1642 – and why ultimately all three of their kingdoms were to rise in rebellion against Stuart rule. Both James VI and I and his son Charles I were reforming monarchs, who endeavoured to bolster the authority of the crown and bring the churches in their separate kingdoms into closer harmony with one another. Many of James’s initiatives proved controversial – his promotion of the plantation of Ulster, his reintroduction of bishops and ceremonies into the Scottish kirk, and his stormy relationship with his English parliaments over religion and finance – but he just about got by. Charles, despite continuing many of his father’s policies in church and state, soon ran into difficulties and provoked all three of his kingdoms to rise in rebellion: first Scotland in 1638, then Ireland in 1641, and finally England in 1642.

Marbeck and the king-in-waiting by John Pilkington
Spring, 1603: Queen Elizabeth is dying, and England waits anxiously. The Virgin Queen hasn’t named an heir, refusing even to speak. Her cousin James, King of Scotland, is assumed to be her successor, but will the transition be peaceful? Sir Robert Cecil, Secretary of State, fears insurrection and has brought troops to the capital. But from where might the danger come – overseas, or from malcontents closer to home? Meanwhile Marbeck, Cecil’s best intelligencer, is under a cloud, wrongly suspected of shady dealings with the Spanish. So when the son of his friend Lady Celia Scroop joins a fanatical Puritan sect, he’s glad to leave London to try and find the wayward youth. But events move fast and Marbeck finds himself in a maelstrom: forced to confront plots from two directions, that threaten not only the peace of the nation but the very fabric of England itself

In 1868 the emperor of Japan reclaimed authority over the country from the Shogun. As part of dismantling the Shogunate, reforming the military and limiting the power of the Samurai, provincial lords ie Daimyos, were convinced to give their lands to the emperor. Not all Daimyos agreed and there was a period of civil war which finally ended in 1873. 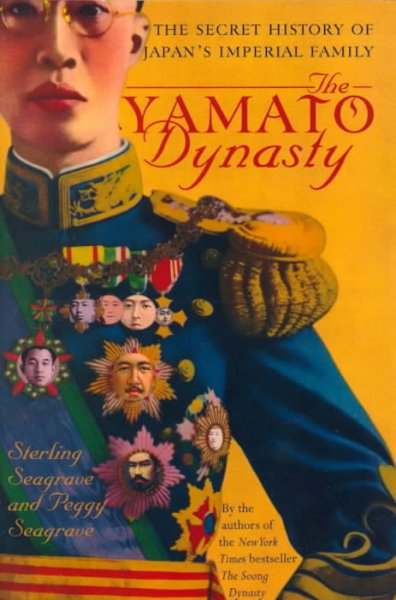 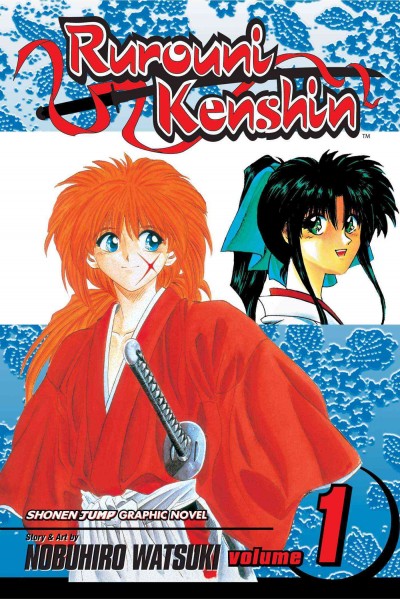 The Yamato Dynasty: The Secret History of Japan’s Imperial Family by Sterling Seagrave
In The Yamato Dynasty, Sterling Seagrave, who divulged the secrets of Mao Tse-tung and the ruthlessness of Chiang Kai-shek in the New York Times bestseller The Soong Dynasty, and his wife and longtime collaborator, Peggy, present the controversial, never-before-told history of the world’s longest-reigning dynasty–the Japanese imperial family–from its nineteenth-century origins through today. In the first collective biography of both the men and women of the Yamato Dynasty, the Seagraves take a controversial, comprehensive look at a family history that crosses two world wars, the bombing of Hiroshima and Nagasaki, the American occupation of Japan, and Japan’s subsequent phoenix-like rise from the ashes of the Second World War. The Yamato Dynasty tells the story of the powerful men who have stood behind the screen–the shoguns and financiers controlling the throne from the shadows–taking readers behind the walls of privilege and tradition and revealing, in uncompromising detail, the true nature of a dynasty shrouded in myth and legend

Rurouni Kenshin: Meiji Swordsman Romantic Story. Vol. 1. Story and Art by Nobuhiro Watsuki
Packed with action, romance and historical intrigue, Rurouni Kenshin is one of the most beloved and popular manga series worldwide. Set against the backdrop of the Meiji Restoration, it tells the saga of Himura Kenshin, once an assassin of ferocious power, now a humble rurouni, a wandering swordsman fighting to protect the honor of those in need. A hundred and fifty years ago in Kyoto, amid the flames of revolution, there arose a warrior, an assassin of such ferocious power he was given the title Hitokiri: Manslayer. With his bloodstained blade, Hitokiri Battosai helped close the turbulent Bakumatsu period and end the reign of the shoguns, slashing open the way toward the progressive Meiji Era. Then he vanished, and with the flow of years became legend. In the 11th year of Meiji, in the middle of Tokyo, the tale begins. Himura Kenshin, a humble rurouni, or wandering swordsman, comes to the aid of Kamiya Kaoru, a young woman struggling to defend her father’s school of swordsmanship against attacks by the infamous Hitokiri Battosai. But neither Kenshin nor Battosai are quite what they seem