Tamerlane, aka Timur, was the Turkic Emir of Samarkand who conquered much of Central Asia and the Middle East in the 14th and 15th centuries. Tamerlane sought to limit the power of the Golden Horde a Mongol khanate on the steppes who threatened his holdings in Iran. He overran Georgia, besieged and captured Tblisi along with the king of Georgia, Bagrat V. Bagrat eventually is released by Tamerlane after he agrees to convert to Islam but later betrays him but Tamerlane wasn’t able to capture Georgia a second time and is forced out. 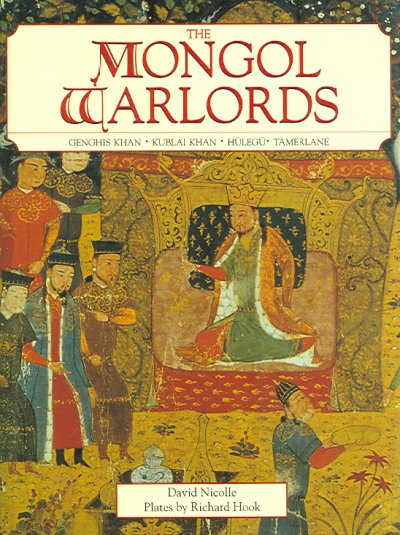 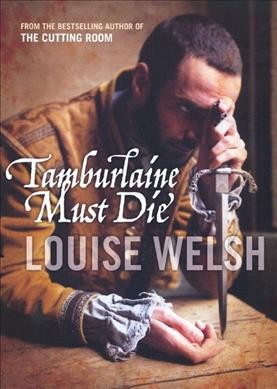 For more than two thousand years, the Eurasian steppes poured forth wave upon wave of fierce, nomadic conquerors. The last and greatest of these were the Mongols. Feared by their enemies as the ‘devil’s horsemen’, they conquered most of the Asian landmass and plunged on into the Middle East and Europe. These resolute and extraordinary invaders were probably the world’s finest horse warriors. Yet their exploits have so often been misrepresented as merely the deeds of bloody and destructive hordes. It was the seeming threat to urban civilization posed by the freeranging, nomadic Mongols that ensured that many of their real achievements – political, cultural and military – were so often wrongly recorded. The pages of The Mongol Warlords will be a revelation to military enthusiast and historian alike. The great Mongol leaders were without equal and their names still sound loudly down the intervening ages.

Tamburlaine Must Die by Louise Welsh

London, 1593. A city on edge. Under threat from plague and war, strangers are unwelcome, suspicion is wholesale, severed heads grin from the spikes on Tower Bridge. Playwright, poet, and spy Christopher Marlowe walks the city’s mean streets with just three days to find the murderous Tamburlaine, a killer escaped from the pages of his most violent play. Tamburlaine Must Die is the searing adventure of a man who dares to defy both God and the state and whose murder remains a taunting mystery to the present day.

The Plymouth Colony Settlers included both Separatists, fleeing religious persecution, and colonists just looking for a place to settle. Originally planning to settle in Virginia, when they made land fall off of Massachusetts they decided to settle there. The Separatists feared that the other colonists would be ungovernable since they wouldn’t have the government of Virginia to impose order. The Mayflower Compact was created to act as the governing document of the Plymouth Colony it was written and signed by 41 of the adult males on the Mayflower while it was anchored in Provence Town Harbor. 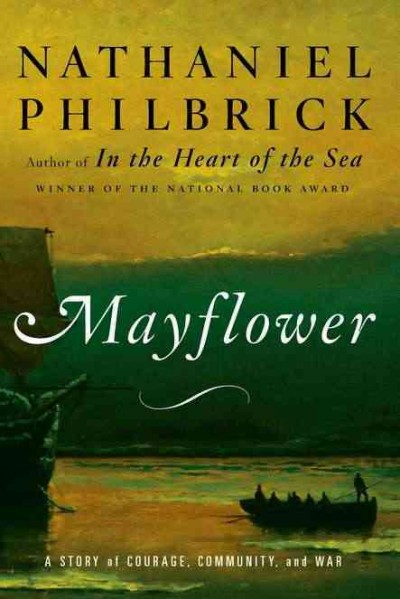 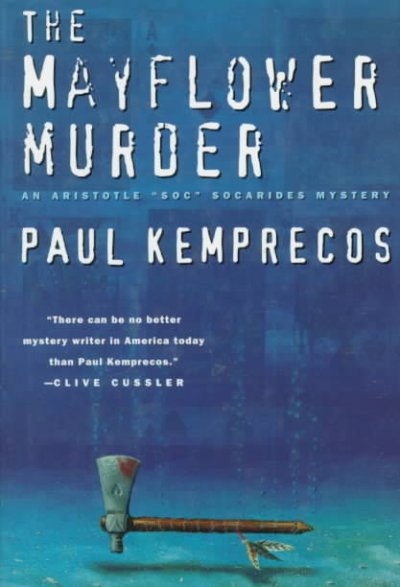 Mayflower: A Story of Courage, Community, and War by Nathaniel Philbrick

This simple question launches acclaimed author Nathaniel Philbrick on an extraordinary journey to understand the truth behind our most sacred national myth: the voyage of the Mayflower and the settlement of Plymouth Colony. As Philbrick reveals in this electrifying new book, the story of the Pilgrims does not end with the First Thanksgiving; instead, it is a fifty-five-year epic that is at once tragic and heroic, and still carries meaning for us today.

The Mayflower Murder by Paul Kemprecos

Three centuries after the Pilgrims’ landing, when a workman turns up tomahawked to death at a replica Pilgrim village and Native American activist Joe Quint is accused of the crime, Cape Cod fisherman-diver-sleuth Aristotle “”Soc”” Socarides is asked to investigate.

Edison created the phonograph in his research and development facility at Menlo Park, New Jersey. It was his first major break out invention. Sound was recorded on a tinfoil covered cylinder. Other similar devices had been created before but Edison’s was the first that was commercially viable. The early models had limited quality and could only be played a few times before they failed. Although the device made him a celebrity he did little to develop it until other inventors began developing alternatives to it. 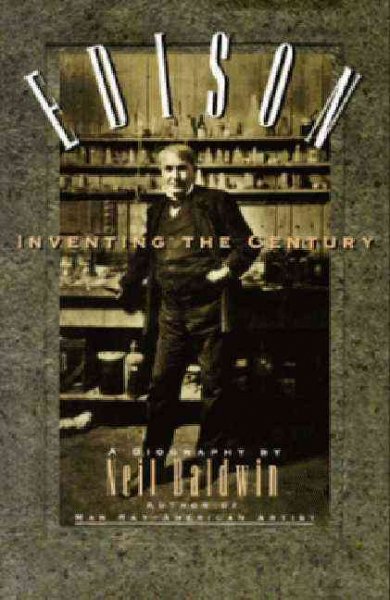 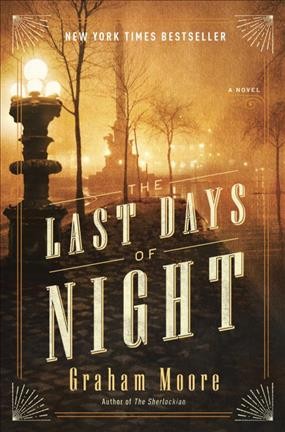 Using unprecedented access to Edison family papers and years of research at the Edison corporate archives, Neil Baldwin offers a revealing portrait of one of America’s seminal inventors: a man whose imagination, dynamism, entrepreneurial brilliance epitomized the American dream as he became a victim of its darker side.

The Last Days of Night: A Novel by Graham Moore

New York, 1888. Gas lamps still flicker in the city streets, but the miracle of electric light is in its infancy. The person who controls the means to turn night into day will make history–and a vast fortune. A young untested lawyer named Paul Cravath, fresh out of Columbia Law School, takes a case that seems impossible to win. Paul’s client, George Westinghouse, has been

During the Irish War of Independence, Michael Collins the IRA’s Chief of Intelligence created a group of assassins called The Squad or The Twelve Apostles. They were tasked with killing British spies and intelligence officers. On the 21 they went out and killed 15 members of the Cairo Gang, a British spy network that operated out of the Cairo Cafe in Dublin. That afternoon in retaliation the Royal Irish Constabulary with support from the paramilitary force known as the Black and Tans surrounded a Gaelic Football Match and opened fire on the crowd. 14 were killed there. Two members of the IRA being held in conjunction with the morning attacks were tortured and killed later that evening. 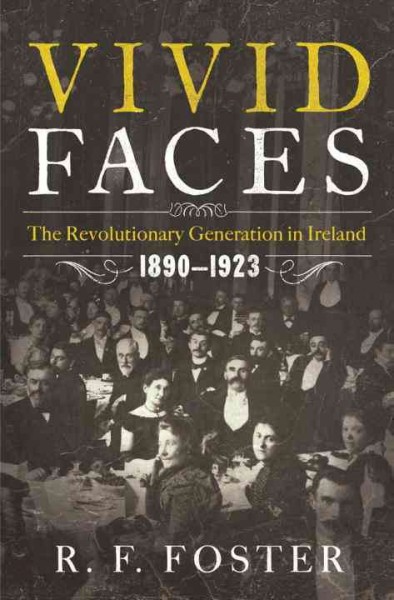 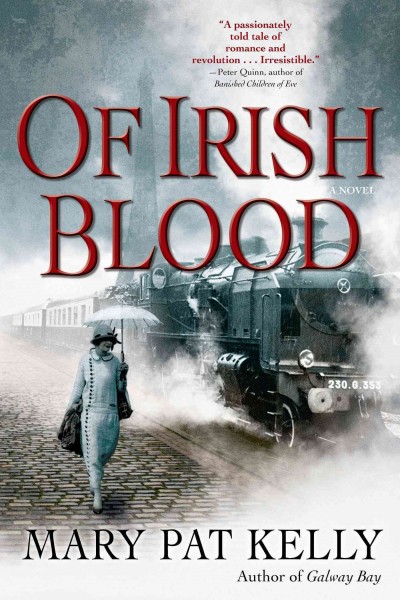 In this highly original history, acclaimed scholar R. F. Foster explores the human dimension of this pivotal event. He focuses on the ordinary men and women, Yeats’s “vivid faces,” who rose “from counter or desk among grey / Eighteenth-century houses” and took to the streets. A generation made, not born, they rejected the inherited ways of the Church, their bourgeois families, and British rule. They found inspiration in the ideals of socialism and feminism, in new approaches to love, art, and belief. Vivid Faces shows how Rosamond and her peers were galvanized to action by a vertiginous sense of transformation: as one confided to his diary, “I am changing and things around me change.” Politics had fused with the intimacies of love and belief, making the Rising an event not only of the streets but also of the hearts and minds of a generation.

It’s 1903. Nora Kelly, twenty-four, is talented, outspoken, progressive, and climbing the ladder of opportunity, until she falls for an attractive but dangerous man who sends her running back to the Old World her family had fled. Nora takes on Paris, mixing with couturiers, artists, and “les femmes Americaines” of the Left Bank such as Gertrude Stein and Sylvia Beach. But when she stumbles into the centuries-old Collège des Irlandais, a good-looking scholar, an unconventional priest, and Ireland’s revolutionary women challenge Nora to honor her Irish blood and join the struggle to free Ireland.