How to Behave Badly in Elizabethan England: A Guide for Knaves, Fools, Harlots, Cuckolds, Drunkards, Liars, Thieves, and Braggarts by Ruth Goodman 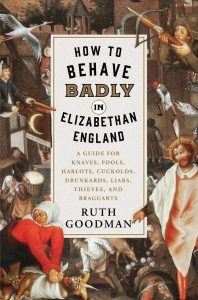 Every age and social strata has its bad eggs, rule-breakers, and nose-thumbers. As acclaimed popular historian and author of How to Be a Victorian Ruth Goodman shows in her madcap chronicle, Elizabethan England was particularly rank with troublemakers, from snooty needlers who took aim with a cutting “thee,” to lowbrow drunkards with revolting table manners. Goodman draws on advice manuals, court cases, and sermons to offer this colorfully crude portrait of offenses most foul. Mischievous readers will delight in learning how to time your impressions for the biggest laugh, why quoting Shakespeare was poor form, and why curses hurled at women were almost always about sex (and why we shouldn’t be surprised). Bringing her signature “exhilarating and contagious” enthusiasm (Boston Globe), this is a celebration of one of history’s naughtiest periods, when derision was an art form. 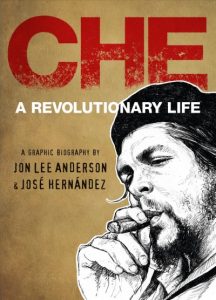 Che Guevara’s legend is unmatched in the modern world. Since his assassination in 1967 at the age of thirty-nine, the Argentine revolutionary has become an internationally recognized icon, as revered as he is controversial. As a Marxist ideologue who sought to end global inequality by bringing down the American capitalist empire through armed guerrilla warfare, Che has few rivals in the Cold War era as an apostle of revolutionary change. In Che: A Revolutionary Life, Jon Lee Anderson and José Hernández present the man behind the myth, creating a complex and human portrait of this passionate idealist.

Adapted from Jon Lee Anderson’s definitive masterwork, Che vividly transports us from young Ernesto’s medical school days as a sensitive asthmatic to the battlefields of the Cuban revolution, from his place of power alongside Castro, to his disastrous sojourn in the Congo, and his violent end in Bolivia. Through renowned Mexican artist José Hernández’s drawings we feel the bullets wing past the head of the young rebel in Cuba, we smell the thick smoke of his and Castro’s cigars, and scrutinize his proud face as he’s called “Comandante” for the first time. With astonishing precision, color, and drama, Anderson and Hernández’s Che makes us a witness to the revolutionary life and times of Che Guevara.

Edge of Anarchy: The Railroad Barons the Gilded Age and the Greatest Labor Uprising in America by Jack Kelly 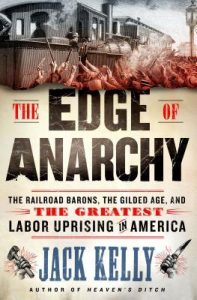 The Edge of Anarchy by Jack Kelly offers a vivid account of the greatest uprising of working people in American history. At the pinnacle of the Gilded Age, a boycott of Pullman sleeping cars by hundreds of thousands of railroad employees brought commerce to a standstill across much of the country. Famine threatened, riots broke out along the rail lines. Soon the U.S. Army was on the march and gunfire rang from the streets of major cities.

This epochal tale offers fascinating portraits of two iconic characters of the age. George Pullman, who amassed a fortune by making train travel a pleasure, thought the model town that he built for his workers would erase urban squalor. Eugene Debs, founder of the nation’s first industrial union, was determined to wrench power away from the reigning plutocrats. The clash between the two men’s conflicting ideals pushed the country to what the U.S. Attorney General called “the ragged edge of anarchy.”

Many of the themes of The Edge of Anarchy could be taken from today’s headlines–upheaval in America’s industrial heartland, wage stagnation, breakneck technological change, and festering conflict over race, immigration, and inequality. With the country now in a New Gilded Age, this look back at the violent conflict of an earlier era offers illuminating perspectives along with a breathtaking story of a nation on the edge.

Restless Kings: Henry II, His Sons and the Wars for the Plantagenet Crown by Nick Barratt 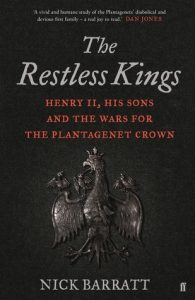 In The Restless Kings Nick Barratt presents the tumultuous struggle for supremacy between the first Plantagenet king, Henry II, and his four sons – a drama that tore apart the most powerful family in western Europe and shaped the future of two nations.

As well as exploring the personalities and crises facing these extraordinary people as a family, The Restless Kings follows them as they raced around western Europe, struggling to hold together a vast conglomeration of lands – often through force of arms – whilst constantly harried by the their nominal overlord and arch rival, Philip Augustus, king of France.

Although the key events took place over 800 years ago, their significance still resonates today. Whether you’re looking for the root causes of Brexit or tension in the Middle East, their origins can be found in the actions of the Angevin kings of England.

The Restless Kings will challenge everything you assumed you knew about the medieval world. Above all, it brings to life some of the most remarkable, complex, flawed and brilliant monarchs ever to have sat on the English throne. 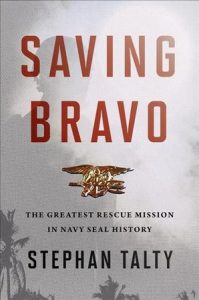 The untold story of the most important rescue mission not just of the Vietnam War, but the entire Cold War: one American aviator, who knew our most important secrets, crashed behind enemy lines and was sought by the entire North Vietnamese and Russian military machines. One Navy SEAL and his Vietnamese partner had to sneak past them all to save him.

City of Light: The Making of Modern Paris by Rupert Christiansen 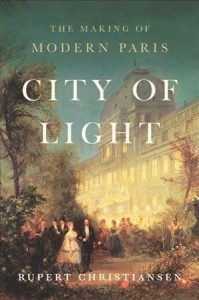 A sparkling account of the nineteenth-century reinvention of Paris as the most beautiful, exciting city in the world. In 1853, French emperor Louis Napoleon inaugurated a vast and ambitious program of public works in Paris, directed by Georges-Eugène Haussmann, the prefect of the Seine. Haussmann transformed the old medieval city of squalid slums and disease-ridden alleyways into a “City of Light” characterized by wide boulevards, apartment blocks, parks, squares and public monuments, new rail stations and department stores, and a new system of public sanitation. City of Light charts this fifteen-year project of urban renewal which–despite the interruptions of war, revolution, corruption, and bankruptcy–set a template for nineteenth and early twentieth-century urban planning and created the enduring landscape of modern Paris now so famous around the globe.  Lively and engaging, City of Light is a book for anyone who wants to know how Paris became Paris.