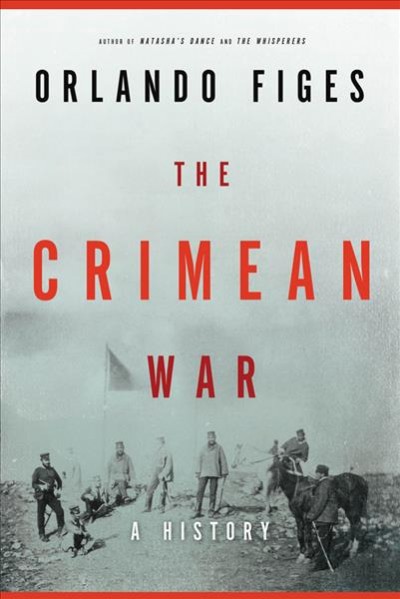 So what do you think of when you think of the Crimean War (assuming you think anything)? Charge of the Light Light Brigade or Florence Nightingale? Those are some of the only iconic images left from the war. Orlando Figes’ Crimean War is, not surprisingly, a much deeper dive. I’ve read a couple of Figes other works on revolutionary Russian and enjoyed them so when I happened on this title I decided to take a look.

Figes sees the Crimean War as one that was predominantly a religious war between Russia and Turkey, like countless others, that drew in western European powers worried about Russia as a threat to their own imperial projects. Russia saw (some would say sees) itself as the inheritor of the Byzantine Orthodox Christian state. As such they saw Islamic Ottoman Turkey occupying the lands and the capital of the former Byzantine state as an anathema. Add to that the fact that Bosporus and Dardanelles under Turkish control provide the access to the only year round ports Russia had in the Black Sea and you have a recipe for conflict. As a result Russia fought almost a dozen wars with Turkey over the course of the 17th and 18th centuries. Similarly France and Russia found themselves in competition to be the protectors of the holy places in Jerusalem. Riots and other disturbances broke out between Orthodox and Latin Christians (predominantly championed by the French) over access to these places. Russian expansion in the late 18th and early 19th century also scared England who saw them as a threat to their overseas empire. Although it might seem highly dubious today many in England feared Russia would march overland and attack India via Afghanistan.

All of these threads culminated in a confrontation over the Crimean peninsula. The in depth examination of the lead up does wonders for helping to understand the often times absurd actions of the war itself. Also as a Russian historian Figes puts the Russians front and center in the war which is not the usual approach of most studies of the war which focus exclusively on the English and French roles.