1616 – Sir Walter Raleigh Freed From The Tower Of London

Famous as an explorer Raleigh was also a political player and courtier in the court of Queen Elizabeth I. When Elizabeth died in 1603, Raleigh was implicated in a plot to depose her successor James I. Although the evidence against him was weak, he was convicted and thrown in the Tower of London. While there he wrote the first volume of his The Historie of the World. James I released him so that he could lead an expedition to find El Dorado on what is now the coast of Venezuela. Against orders he attacked a Spanish fort and on his return was rearrested and executed. 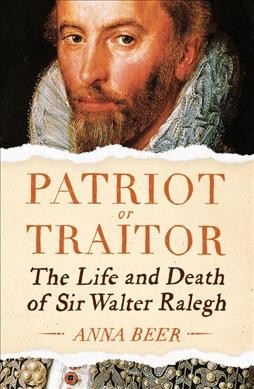 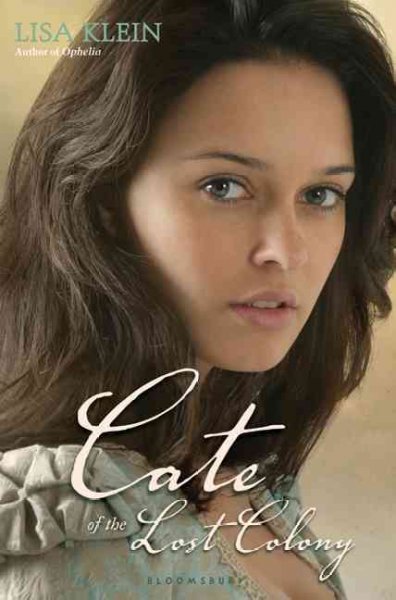 Patriot or Traitor: The Life and Death of Sir Walter Ralegh by Anna Beer

Sir Walter Ralegh’s life is romantic, irresistible and of central importance to our island story. His death is a convoluted and contested tale of bargaining, failure and betrayal. Through the Elizabethan golden age and Ralegh’s famous adventures to the final act, Anna Beer presents his stranger-than-fiction life in all its richness.

Cate of the Lost Colony by Lisa Klein

Lady Catherine is one of Queen Elizabeth’s favorite court maidens until her forbidden romance with Sir Walter Ralegh is discovered. In a bitter twist of irony, the jealous queen banishes Cate to Ralegh’s colony of Roanoke, in the New World. Ralegh pledges to come for Cate, but as the months stretch out, Cate begins to doubt his promise and his love. Instead it is Manteo, a Croatoan Indian, whom the colonists and Cate increasingly turn to. Yet just as Cate’s longings for England and Ralegh fade and she discovers a new love in Manteo, Ralegh will finally set sail for the New World.

Uncle Tom’s Cabin was an anti-slavery novel written by Harriet Beecher Stowe. It was the most popular novel of the 19th century and helped to shape views on slavery before the Civil War. Originally the novel was published in serial in The National Era an abolitionist newspaper. The story itself was inspired by Stowe’s reading of the slave narrative The Life of Josiah Henson, Formerly a Slave, Now an Inhabitant of Canada. 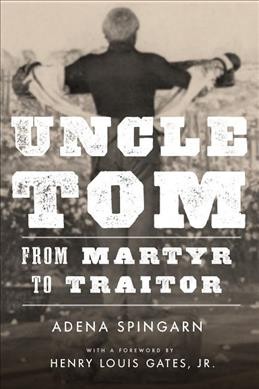 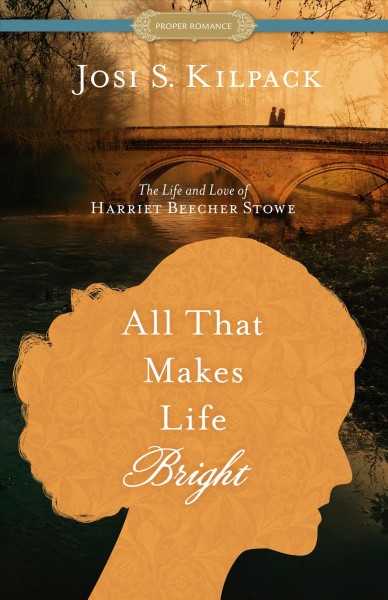 Uncle Tom: From Martyr to Traitor by Adena Spingarn

Uncle Tom charts the dramatic cultural transformation of perhaps the most controversial literary character in American history. From his origins as the heroic, Christ-like protagonist of Harriet Beecher Stowe’s anti-slavery novel, the best-selling book of the nineteenth century after the Bible, Uncle Tom has become a widely recognized epithet for a black person deemed so subservient to whites that he betrays his race. Readers have long noted that Stowe’s character is not the traitorous sycophant that his name connotes today. Adena Spingarn traces his evolution in the American imagination, offering the first comprehensive account of a figure central to American conversations about race and racial representation from 1852 to the present. We learn of the radical political potential of the novel’s many theatrical spinoffs even in the Jim Crow era, Uncle Tom’s breezy disavowal by prominent voices of the Harlem Renaissance, and a developing critique of “Uncle Tom roles” in Hollywood. Within the stubborn American binary of black and white, citizens have used this rhetorical figure to debate the boundaries of racial difference and the legacy of slavery. Through Uncle Tom, black Americans have disputed various strategies for racial progress and defined the most desirable and harmful images of black personhood in literature and popular culture.

All That Makes Life Bright: The Life and Love of Harriet Beecher Stowe by Josi S. Kilpack

When Harriet Beecher marries Calvin Stowe on January 6, 1836, she is sure her future will be filled romance, eventually a family, and continued opportunities to develop as a writer. Her husband Calvin is completely supportive and said she must be a literary woman. Harriet’s sister, Catharine, worries she will lose her identity in marriage, but she is determined to preserve her independent spirit. Deeply religious, she strongly believes God has called her to fulfill the roles of wife and writer and will help her accomplish everything she was born to do. Two months after her wedding Harriet discovers she is pregnant just as Calvin prepares to leave for a European business trip. Alone, Harriet is overwhelmed-being a wife has been harder than she thought and being an expectant mother feels like living another woman’s life. Knowing that part of Calvin still cherishes the memory of his first wife, Harriet begins to question her place in her husband’s heart and yearns for his return; his letters are no substitute for having him home. When Calvin returns, however, nothing seems to have turned out as planned. Struggling to balance the demands of motherhood with her passion for writing and her desire to be a part of the social change in Ohio, Harriet works to build a life with her beloved Calvin despite differing temperaments and expectations. 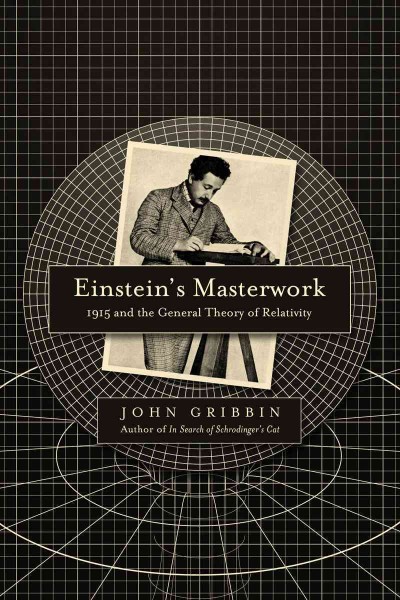 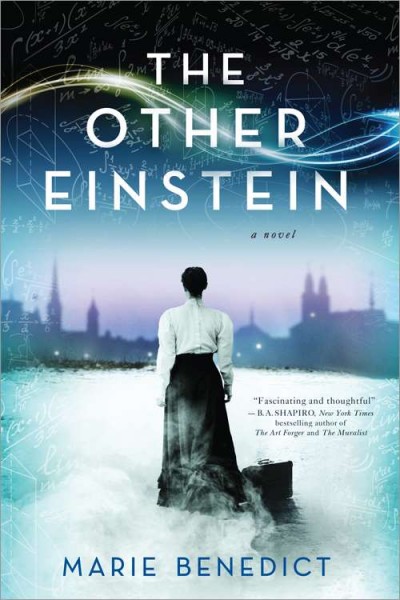 Einstein’s Masterwork : 1915 and the General Theory of Relativity by John Gribbin

In 1915, Albert Einstein presented his masterwork to the Prussian Academy of Sciences—a theory of gravity, matter, space and time: the General Theory of Relativity. Einstein himself said it was “the most valuable theory of my life,” and “of incomparable beauty.” It describes the evolution of the universe, black holes, the behavior of orbiting neutron stars, and why clocks run slower on the surface of the earth than in space. It even suggests the possibility of time travel. And yet when we think of Einstein’s breakthrough year, we think instead of 1905, the year of Einstein’s Special Theory of Relativity and his equation E=mc2, as his annus mirabilis, even though the Special Theory has a narrower focus. Today the General Theory is overshadowed by these achievements, regarded as ‘too difficult’ for ordinary mortals to comprehend. In Einstein’s Masterwork, John Gribbin puts Einstein’s astonishing breakthrough in the context of his life and work, and makes it clear why his greatest year was indeed 1915 and his General Theory his true masterpiece.

The Other Einstein: A Novel by Marie Benedict

In the tradition of The Paris Wife and Mrs. Poe, The Other Einsteinoffers us a window into a brilliant, fascinating woman whose light was lost in Einstein’s enormous shadow. It is the story of Einstein’s wife, a brilliant physicist in her own right, whose contribution to the special theory of relativity is hotly debated and may have been inspired by her own profound and very personal insight. Mitza Maric has always been a little different from other girls. Most twenty-year-olds are wives by now, not studying physics at an elite Zurich university with only male students trying to outdo her clever calculations. But Mitza is smart enough to know that, for her, math is an easier path than marriage. And then fellow student Albert Einstein takes an interest in her, and the world turns sideways. Theirs becomes a partnership of the mind and of the heart, but there might not be room for more than one genius in a marriage.

After almost a year of preparation the invasion stage of the Iraq War lasted until May 1 and was designated Operation Iraqi Freedom. It was carried out by a US, UK, Australian, Polish and Kurdish forces and included 21 days of combat operations. The invasion sparked global protests that would continue for the length of the war. 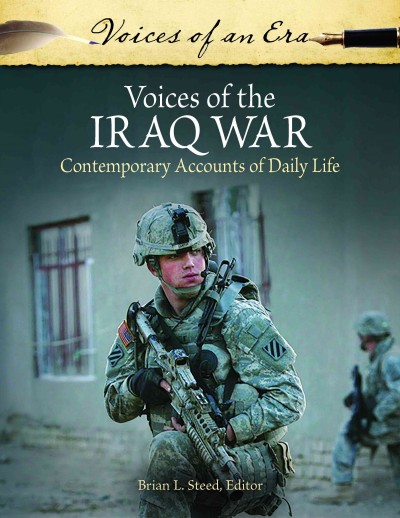 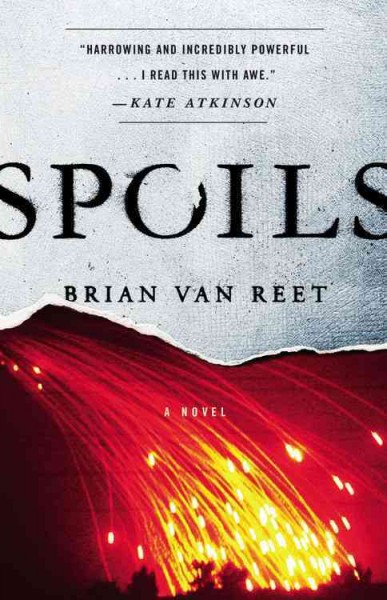 Voices of the Iraq War: Contemporary Accounts of Daily Lifeilluminates the complex and poorly reported realities of the conflict that those without direct experience cannot possibly fathom, presenting detailed personal accounts of what the conflict in Iraq was like across multiple disciplines and through a variety of viewpoints. The accounts are based on interviews with American, Iraqi-American, and British officers who deployed and fought throughout the country of Iraq. The book begins with the story of an Iraqi boy who flees Iraq with his family after Desert Storm and then returns to Iraq as a translator to assist U.S. forces nearly 16 years later. The book is filled with personal accounts of combat and training as well as other real-world experiences that define what the Iraq War meant to thousands of U.S. and allied service members. These personal accounts are supported with national level policy speeches and official statements that help readers put the individual stories and events in national, regional, and global perspective. The book concludes by examining the impact of this war on thousands of young men and women that will last for decades to come.

It is April 2003. American forces have taken Baghdad and are now charged with winning hearts and minds. But this vital tipping point is barely recognized for what it is, as a series of miscalculations and blunders fuels an already-simmering insurgency intent on making Iraq the next graveyard of empires. In dazzling and propulsive prose, Brian Van Reet explores the lives on both sides of the battle lines: Cassandra, a nineteen-year-old gunner on an American Humvee who is captured during a deadly firefight and awakens in a prison cell; Abu al-Hool, a lifelong mujahedeen beset by a simmering crisis of conscience as he struggles against enemies from without and within, including the next wave of far more radicalized jihadists; and Specialist Sleed, a tank crewman who goes along with a “victimless” crime, the consequences of which are more awful than any he could have imagined. Depicting a war spinning rapidly out of control, destined to become a modern classic, Spoils is an unsparing and morally complex novel that chronicles the human cost of combat.