Over the summer I did a deep dive into research on the Italian Renaissance focusing on business, government and warfare. Two caveats before I get started though: 1) Several of these books will be hard to find unless you use our ILL Department. They are small print runs from academic presses so they are usually found in academic libraries that have a European history specialty of some kind. 2) These are all hardcore history. They are written by scholars for scholars so they aren’t always the most readable books out there and they make certain assumptions about the knowledge of the readers. That said they are all interesting, give you an in-depth look into the minutia of the period and are great if you like a challenge. 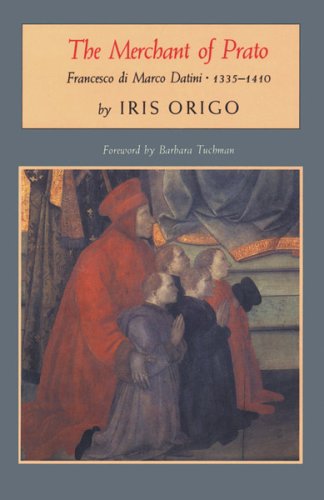 Dantini is one of those guys who crops up in almost any book on the Italian Renaissance. A quote here an example there, he appears briefly and is gone again but what most people don’t realize is there is a whole biography that delves into the collection of correspondence and business papers he saved (and the reason he is remembered at all). This is a great book for looking into the day to day life of the merchant banker. You have all the frustrations of any business person today with the addition of the time and distance required to do anything.

Francesco Di Marco Datini, a fourteenth-century Florentine merchant-banker, provides us with one of the great success stories of the Middle Ages. A dealer in wool, sacred pictures, spices, and iron, he established an import/export house with branches in Pisa, Genoa, Barcelona and Majorca. He also left behind, in wooden crates, the entire archive of his business – over 150,000 letters, some 500 ledgers and accounts books, and a mass of personal and business documents that Iris Origo tracked down, translated, and, through patient selection and perfect understanding, made accessible to the modern reader in this award-winning and singular biography.

The Economy of Renaissance Florence by Richard Goldthwaite. 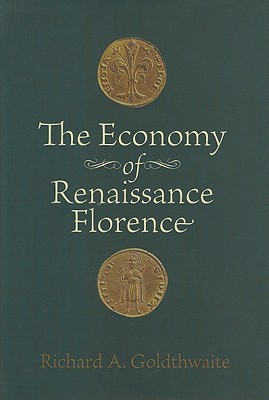 After reading the Merchant of Prato I decided to delve a little deeper into Renaissance economics. This is definitely deeper. Ever wondered about the monetary policy viz the gold Florin? How about all the ways you can pay interest without it being interest because interest is a sin? Well you’ll find out.

Richard A. Goldthwaite, a leading economic historian of the Italian Renaissance, has spent his career studying the Florentine economy. In this magisterial work, Goldthwaite brings together a lifetime of research and insight on the subject, clarifying and explaining the complex workings of Florence’s commercial, banking, and artisan sectors. Florence was one of the most industrialized cities in medieval Europe, thanks to its thriving textile industries. The importation of raw materials and the exportation of finished cloth necessitated the creation of commercial and banking practices that extended far beyond Florence’s boundaries. Part I situates Florence within this wider international context and describes the commercial and banking networks through which the city’s merchant-bankers operated. Part II focuses on the urban economy of Florence itself, including various industries, merchants, artisans, and investors. It also evaluates the role of government in the economy, the relationship of the urban economy to the region, and the distribution of wealth throughout the society. While political, social, and cultural histories of Florence abound, none focuses solely on the economic history of the city. The Economy of Renaissance Florence offers both a systematic description of the city’s major economic activities and a comprehensive overview of its economic development from the late Middle Ages through the Renaissance to 1600. 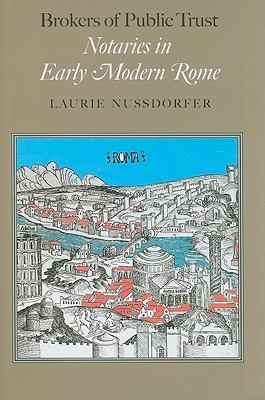 One of the things that kept coming up in both the Merchant of Prato and Economy of Renaissance Florence was the presence of notaries. They seemed to always be around and doing things but never really looked at directly. In medieval and renaissance Europe (and even in Europe today) notaries were far more important that they are in the United States today. A notary was a quasi-official writer of documents. In a world where not everyone is literate or has a knowledge of legal forms having trained document writers is a big deal. Want to draw up a contract? Need a will? Need them all to be officially recognized by the state? You need a notary.

A fast-growing legal system and economy in medieval and early modern Rome saw a rapid increase in the need for written documents. Brokers of Public Trust examines the emergence of the modern notarial profession—free market scribes responsible for producing original legal documents and their copies. Notarial acts often go unnoticed, but they are essential to understanding the history of writing practices and attitudes toward official documentation. Based on new archival research, Brokers of Public Trust focuses on the government officials, notaries, and consumers who regulated, wrote, and purchased notarial documents in Rome between the 14th and 18th centuries. Historian Laurie Nussdorfer chronicles the training of professional notaries and the construction of public archives, explaining why notarial documents exist, who made them, and how they came to be regarded as authoritative evidence. In doing so, Nussdorfer describes a profession of crucial importance to the people and government of the time, as well as to scholars who turn to notarial documents as invaluable and irreplaceable historical sources. This magisterial new work brings fresh insight into the essential functions of early modern Roman society and the development of the modern state.

Federico da Montefeltro and Sigismondo Malatesta: The Eagle and the Elephant. By Maria G Pernis and Laurie S 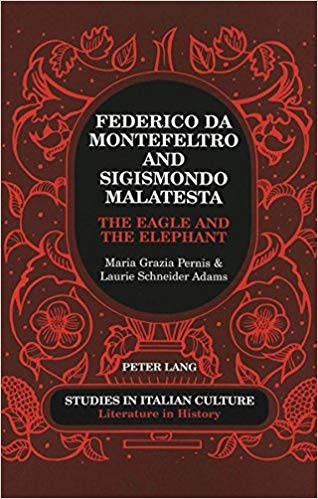 To finish things off I include this look at the feud between Montefeltro the lord of Urbino and Malatesta the lord of Rimini. This is an interesting look at how two minor princes in out of the way spots on the Italian peninsula had an outsized role in the renaissance. They were both Condottieri (mercenaries) that made their fortunes in the unending wars fought in Italy. Their feud played out militarily, in the arts/culture and in economics are fascinating.

An interdisciplinary study of two Renaissance princes, this book discusses the feud between Federico da Montefeltro and Sigismondo Pandolfo Malatesta and its effect on their patronage. As each vied for political, economic, and artistic domination over the other, they were supported by young, gifted wives. In their struggle for power, the role of the humanist Pope Pius II was of paramount importance.