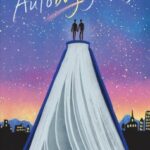 Do you know what it’s like to be kept a secret? Do you know how it feels to hide part of your identity from the world? For Tanner Scott and Sebastian Brother, this is just part of their daily lives as they navigate the intricacies of living in Provo, Utah, a town composed mainly of Mormons. Autoboyography by Christina Lauren takes the reader on a journey through what it means to be part of the LGBT community in a town that all but condemns it. Tanner Scott never expected to fall for Sebastian Brother, but when their eyes met in the Seminar class that Sebastian is helping to teach, they both know that there’s no going back. But while they may be happy in private, it is Sebastian’s religion that prevents the pair from showing any affection towards each other in public. But will their secret last forever? Will Tanner be able to remain Sebastian’s secret? Autoboyography is the novel that takes the reader on a rollercoaster of emotions – emotions which are unfortunately typical of what it is like to secretly be a member of the LGBT community. This novel is worth reading for the hidden romance, angst, and friendship that become common themes throughout the text. || E-Book, Print 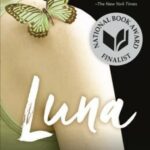 Luna is a novel based around the concept of gender identity and self discovery. In this novel by Julie Anne Peters, Liam finds that he feels most like the person he was born to be when he transforms himself into Luna. As Luna, Liam feels free and at peace but he is only able to do this at night when there is no one else around to see. But Luna is ready to break out into the world and that could mean a great many problems for her. How will Luna handle the change to being herself in public? What changes will this mean for her family? Join her on her journey to acceptance through the eyes of this teen as she discovers what her gender identity means to her. || Print 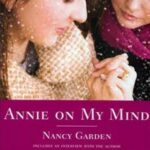 Annie on My Mind by Nancy Garden

Everyone knows a book out there about a coming-of-age story where two young teens fall in love despite their friends and family’s wishes. But in Annie on My Mind  by Nancy Garden, we see two young women falling in love and defying what society determines to be a  ‘normal’ relationship. This novel takes the reader on a journey full of ups and downs as Liza and Annie get to know each other, become friends, and then fall in love. It is one of the first popular LGBT YA romance novels to be published, first in the1980’s and then reprinted in 2007. Garden takes the reader on a walk through the lives of these two girls as they must navigate being a couple despite what their friends, family, and society says about them remaining together. || E-Book, Print 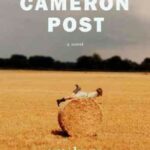 The Miseducation of Cameron Post by Emily M. Danforth

Cameron Post’s parents have just died in a car accident. But instead of feeling the immediate sorrow she believes she should be feeling, all she feels is the relief from knowing that they won’t ever know that just prior to the accident, she had been kissing a girl. Emily Danforth’s story about a young LGBT teen girl who is forced through a conversion camp by her Aunt is woven beautifully. Through Cameron’s eyes we see her struggle to keep her identity despite the onslaught of hatred coming at her in every direction. This beautifully written novel might make you cry, but it will be worth every second of reading it. This book gained even more notoriety in the last year as it was developed into a Sundance Movie starring Chloe Moretz, so if you were on the fence about reading this book, you should get a jump on it now before seeing the film! || Print, Streaming Film 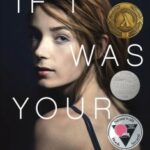 If I Was Your Girl by Meredith Russo

Amanda has a secret. It’s one that she’s been keeping since she started at her new school, and it isn’t one she intended to tell anyone. But when she meets Grant, she finds herself wanting to share all of herself with him. In this new novel by Meredith Russo, the reader follows Amanda on her journey through opening her heart and her past to a new person in her life. How will Grant take it when he finds out that Amanda was born as Andrew? This book is beautifully written and provides a unique insight into the life of a transgender person who has to come to terms with either sharing her past with her new love, or hiding behind the person she was born to be. || E-Audiobook, Print 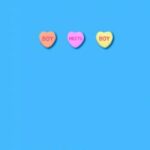 When Paul meets Noah, he thinks he’s found the one his heart is made for. Until he blows it. The school bookie says the odds are 12-to-1 against him getting Noah back, but Paul’s not giving up without playing his love really loud. His best friend Joni might be drifting away, his other best friend Tony might be dealing with ultra-religious parents, and his ex-boyfriend Kyle might not be going away anytime soon, but sometimes everything needs to fall apart before it can really fit together right. This is a beautifully told story of two boys falling in love, in a world that we all really wish existed. || E-Audiobook, E-Book, Print 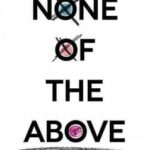 None of the Above by I.W. Gregorio

Society has always told us that there are only two genders. With the new scientific developments and with transgender and gender non-conforming people stepping out and saying that they exist, we now know that there are more than two genders. But in None of the Above by I.W. Gregorio, Kristin Lattimer must navigate a world in which she belongs to neither the female or male gender. Her Doctor recently informed Kristin that she is intersex, meaning she looks female outwardly but has male chromosomes. It may be hard enough for Kristin to come to terms with this on her own, but what happens when this news is leaked to the entire school? Come with Kristin on her journey through finding herself. || E-Audiobook, E-Book, Print 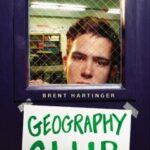 Russel Middlebrook is convinced that he is the only gay student at his high school. But when his online chat buddy, turns out to be a closeted athlete named Kevin from his high school, and his best friend Min comes out as bisexual, Russell quickly realizes that in order to be themselves, they’ll need to be creative. What arrives from their creativity is the creation of Geography Club — a club so boring that no one else will want to join. Follow these teens along their journey to self discovery in what is the first in a series of Russel Middlebrook novels. || E-Book, Print, Film