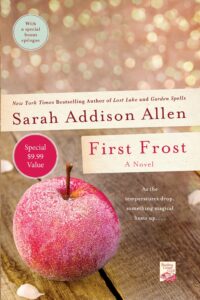 “Autumn has finally arrived in the small town of Bascom, North Carolina, heralded by a strange old man appearing with a beat-up suitcase. He has stories to tell, stories that could change the lives of the Waverley women forever. But the Waverleys have enough trouble on their hands. Quiet Claire Waverley has started a successful new venture, Waverley’s Candies, but it’s nothing like she thought it would be, and it’s slowly taking over her life. Claire’s wild sister Sydney, still trying to leave her past behind, is about to combust with her desire for another new beginning. And Sydney’s fifteen-year-old daughter Bay has given her heart away to the wrong boy and can’t get it back.”

If you would like to start at the beginning, Sarah Addison Allen’s Garden Spells is the first book about the Waverleys. 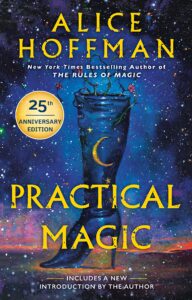 “For more than two hundred years, the Owens women have been blamed for everything that has gone wrong in their Massachusetts town. Gillian and Sally have endured that fate as well: as children, the sisters were forever outsiders, taunted, talked about, pointed at. Their elderly aunts almost seemed to encourage the whispers of witchery, with their musty house and their exotic concoctions and their crowd of black cats. But all Gillian and Sally wanted was to escape. One will do so by marrying, the other by running away. But the bonds they share will bring them back—almost as if by magic…”

If you’ve already read the book perhaps you’d like to watch the movie starring Sandra Bullock and Nicole Kidman. 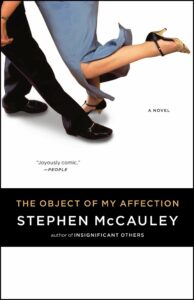 The Object of My Affection – Stephen McCauley

“George and Nina seem like the perfect couple. They share a cozy, cluttered Brooklyn apartment, a taste for impromptu tuna casserole dinners, and a devotion to ballroom dancing lessons at Arthur Murray. They love each other. There’s only one hitch: George is gay. And when Nina announces she’s pregnant, things get especially complicated. Howard — Nina’s overbearing boyfriend and the baby’s father — wants marriage. Nina wants independence. George will do anything for a little unqualified affection, but is he ready to become an unwed surrogate dad? A touching and hilarious novel about love, friendship, and the many ways of making a family.”

Her note: My viewing is pretty non-scary. 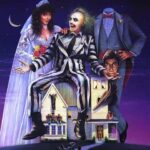 “When a couple of nice, young homebody ghosts try to haunt the pretentious humans who have moved into their house, they ask for help from a demonic wraith they cannot control in this comic fantasy that mixes the quick and the dead with a laugh and a fright.” 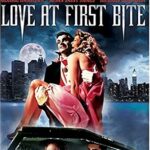 “Dracula has never been so funny and dashing – to say nothing of being an awesome disco dancer – as in this “delightful movie with a bang-up cast” (The New York Times) led by the epitome of suave, George Hamilton, and featuring first-rate performances from Susan Saint James, Richard Benjamin, Dick Shawn, Arte Johnson, Sherman Hemsley and Isabel Sanford! Evicted from Transylvania, Dracula (Hamilton) goes to New York to make Cindy (Saint James), a model with an old soul, his eternal bride. To his delight, she quickly falls for his necking style. But when her would-be boyfriend (Benjamin), a descendant of the vampire-killing Van Helsings, meets his romantic rival, he’s determined to put a stake in the count’s plans!” 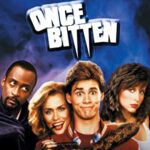 “A centuries-old vampire, the countess (Lauren Hutton) has kept her youthful look by drinking the blood of male virgins. Since she finds this prey challenging to come by, she is thrilled when she meets young Mark Kendall (Jim Carrey), who wants to lose his virginity, yet has a reluctant girlfriend, Robin (Karen Kopins). After luring Mark away from a club, the countess drinks his blood, but the hapless guy isn’t sure what has happened until he starts exhibiting unusual symptoms.” 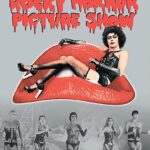 “In this cult classic, sweethearts Brad (Barry Bostwick) and Janet (Susan Sarandon), stuck with a flat tire during a storm, discover the eerie mansion of Dr. Frank-N-Furter (Tim Curry), a transvestite scientist. As their innocence is lost, Brad and Janet meet a houseful of wild characters, including a rocking biker (Meat Loaf) and a creepy butler (Richard O’Brien). Through elaborate dances and rock songs, Frank-N-Furter unveils his latest creation: a muscular man named “Rocky.”” 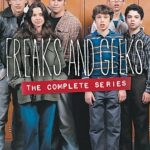 “Growing up circa 1980, a misfit high-school student and his pals are probably destined to become new media millionaires, but right now they’re stuck in school, where all the girls are a foot taller and bullies terrorize the gym class. Meanwhile, his older sister is flirting with the dope-smoking bad boys, cutting classes and questioning the point of getting good grades.” 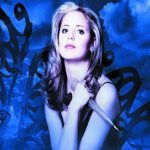 “Buffy is the chosen one to stand against vampires, demons, and the forces of darkness.” 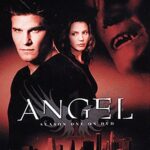 “Angel, the vampire with a soul, embarks on adventures in Los Angeles.”