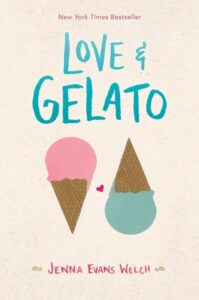 “Lina is spending the summer in Tuscany, but she isn’t in the mood for Italy’s famous sunshine and fairy-tale landscape. She’s only there because it was her mother’s dying wish that she get to know her father. But what kind of father isn’t around for sixteen years? All Lina wants to do is get back home.

But then Lina is given a journal that her mom had kept when she lived in Italy. Suddenly Lina’s uncovering a magical world of secret romances, art, and hidden bakeries. A world that inspires Lina, along with the ever-so-charming Ren, to follow in her mother’s footsteps and unearth a secret that has been kept for far too long. It’s a secret that will change everything Lina knew about her mother, her father—and even herself.

People come to Italy for love and gelato, someone tells her, but sometimes they discover much more.” 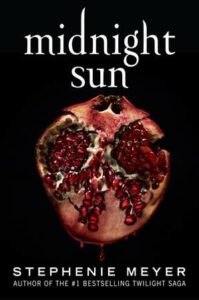 “When Edward Cullen and Bella Swan met in Twilight, an iconic love story was born. But until now, fans have heard only Bella’s side of the story. At last, readers can experience Edward’s version in the long-awaited companion novel, Midnight Sun.

This unforgettable tale as told through Edward’s eyes takes on a new and decidedly dark twist. Meeting Bella is both the most unnerving and intriguing event he has experienced in all his years as a vampire. As we learn more fascinating details about Edward’s past and the complexity of his inner thoughts, we understand why this is the defining struggle of his life. How can he justify following his heart if it means leading Bella into danger?

In Midnight Sun, Stephenie Meyer transports us back to a world that has captivated millions of readers and brings us an epic novel about the profound pleasures and devastating consequences of immortal love.” 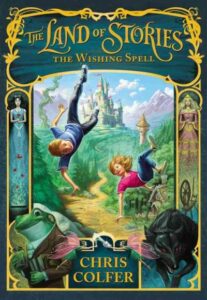 The Wishing Spell (The Land of Stories, Book 1) – Chris Colfer

“Alex and Conner Bailey’s world is about to change, in this fast-paced adventure that uniquely combines our modern day world with the enchanting realm of classic fairy tales.

The Land of Stories tells the tale of twins Alex and Conner. Through the mysterious powers of a cherished book of stories, they leave their world behind and find themselves in a foreign land full of wonder and magic where they come face-to-face with fairy tale characters they grew up reading about.

But after a series of encounters with witches, wolves, goblins, and trolls alike, getting back home is going to be harder than they thought.” 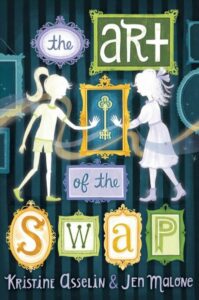 The Art of the Swap – Kristine Asselin & Jen Malone

“Hannah Jordan lives in a museum…well, sort of. She is the daughter of the caretaker for mansion-turned-museum The Elms in Newport, Rhode Island. Hannah’s captivated by stories of The Elms’s original occupants, especially Maggie Dunlap, the tween heiress subject of a painting that went missing during a legendary art heist in 1905.

But when a mysterious mirror allows Hannah and Maggie to switch places in time, suddenly Hannah is racing to stop the heist from happening, while Maggie gets an introduction to iPhones, soccer (which girls can play!), and freedoms like exploring without supervision. Not to mention the best invention of all: sweatpants (so long, corsets!).

As the hours tick away toward the art heist, something’s not adding up. Can the girls work together against time—and across it—to set things right? Or will their temporary swap become a permanent trade?” 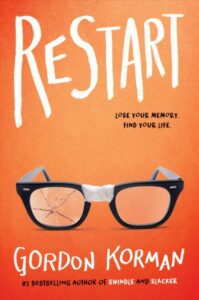 He knows he’s Chase. But who is Chase? When he gets back to school, he sees that different kids have very different reactions to his return.

Some kids treat him like a hero. Some kids are clearly afraid of him.

One girl in particular is so angry with him that she pours her frozen yogurt on his head the first chance she gets. 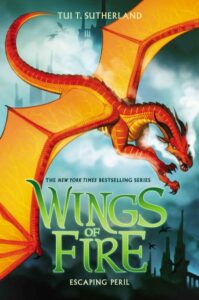 “Peril has been loyal to Queen Scarlet, who used her fatal firescales to kill countless dragons in the SkyWing arena. Now, Peril is loyal to Clay, the only dragonet who has ever been her friend. So when Scarlet threatens Jade Mountain Academy, Peril sets off to find her former queen, stop her, and save the day, no matter what it takes.

There’s just one problem: a strangely persistent SeaWing, Turtle, insists on coming along, too. Turtle is worried about his friends, who left to search for Scarlet and haven’t returned. Peril is worried that she might accidentally burn Turtle — or burn him on purpose, for being so annoying — and frustrated that she keeps saying and doing the wrong things. She can’t escape her firescales, and she can’t escape her reputation as the deadliest dragon in Pyrrhia.

So when she’s offered a chance to trade everything for a new life, Peril has to decide who she’s really loyal to . . . and whether her own scales might actually be worth saving.” 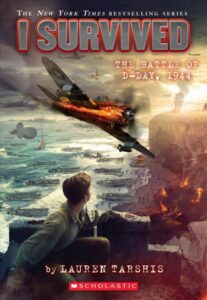 I Survived the Battle of D-Day – Lauren Tarshis

“n commemoration of the 75th anniversary of D-Day, Lauren Tarshis shines a spotlight on the story of the Normandy landings, the largest seaborne invasion in history and foundation for the Allied victory in World War II.”