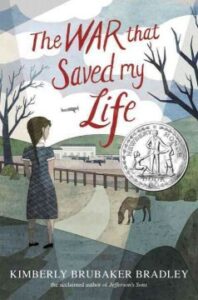 The War that Saved My Life – Kimberly Brubaker Bradley

“Ten-year-old Ada has never left her one-room apartment. Her mother is too humiliated by Ada’s twisted foot to let her outside. So when her little brother Jamie is shipped out of London to escape the war, Ada doesn’t waste a minute—she sneaks out to join him.

So begins a new adventure for Ada, and for Susan Smith, the woman who is forced to take the two kids in. As Ada teaches herself to ride a pony, learns to read, and watches for German spies, she begins to trust Susan—and Susan begins to love Ada and Jamie. But in the end, will their bond be enough to hold them together through wartime? Or will Ada and her brother fall back into the cruel hands of their mother?” 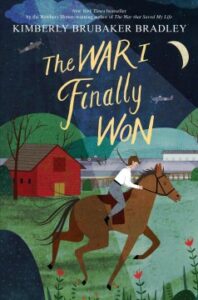 “When Ada’s clubfoot is surgically fixed at last, she knows for certain that she’s not what her mother said she was—damaged, deranged, crippled mentally as well as physically. She’s not a daughter anymore, either. Who is she now?

World War II rages on, and Ada and her brother, Jamie, move with their guardian, Susan, into a cottage with the iron-faced Lady Thorton and her daughter, Maggie. Life in the crowded home is tense. Then Ruth moves in. Ruth, a Jewish girl, from Germany. A German? Could Ruth be a spy?

As the fallout from war intensifies, calamity creeps closer, and life during wartime grows even more complicated. Who will Ada decide to be? How can she keep fighting? And who will she struggle to save?” 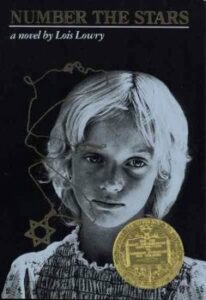 “As the German troops begin their campaign to “relocate” all the Jews of Denmark, Annemarie Johansen’s family takes in Annemarie’s best friend, Ellen Rosen, and conceals her as part of the family.

Through the eyes of ten-year-old Annemarie, we watch as the Danish Resistance smuggles almost the entire Jewish population of Denmark, nearly seven thousand people, across the sea to Sweden. The heroism of an entire nation reminds us that there was pride and human decency in the world even during a time of terror and war.” 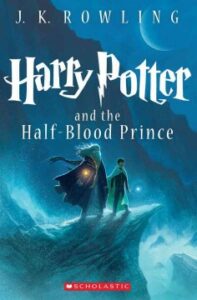 Harry Potter and the Half Blood Prince – J.K. Rowling

“The war against Voldemort is not going well; even the Muggles have been affected. Dumbledore is absent from Hogwarts for long stretches of time, and the Order of the Phoenix has already suffered losses.

And yet . . . as with all wars, life goes on. Sixth-year students learn to Apparate. Teenagers flirt and fight and fall in love. Harry receives some extraordinary help in Potions from the mysterious Half-Blood Prince. And with Dumbledore’s guidance, he seeks out the full, complex story of the boy who became Lord Voldemort — and thus finds what may be his only vulnerability.”