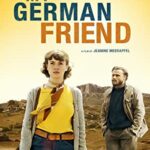 “After World War 2, Argentina became a haven for Nazis and Jews alike. Friedrich and Sulamit are childhood friends, and later lovers, whose paths wind apart and back together as Friedrich becomes involved in extremist political activities that drive a rift between them and lands the young man in prison. Sulamit’s love gives him the will to endure prison and the hope to one day see her again.” 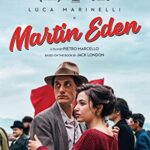 “Adapted from a 1909 novel by Jack London yet set in a provocatively unspecified moment in Italy’s history, Martin Eden is a passionate and enthralling narrative fresco in the tradition of the great Italian classics. Martin (played by the marvelously committed Luca Marinelli, The Old Guard) is a self-taught proletarian with artistic aspirations who hopes that his dreams of becoming a writer will help him rise above his station and marry a wealthy young university student (Jessica Cressy). The dissatisfactions of working-class toil and bourgeois success lead to political awakening and destructive anxiety in this enveloping, superbly mounted bildungsroman. Winner of the Best Actor prize at the Venice Film Festival and the Platform Prize at the Toronto International Film Festival.” 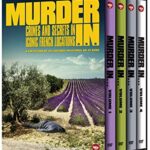 “The blockbuster French television series Murder In… sweeps you along to the great sites and regions of France. Cops chase down the criminals against stunning backdrops: lush forests, remote islands, rocky coastlines, beaches with clear blue water and grand ranches. Sure, there’s a murder or two, but along the way you’ll get to know French cuisine, unique characters and centuries-old history and legends. When crime happens, best to approach it like Murder In… detectives: pull into a café in some 400-year-old town and discuss the evidence over wine or good coffee. Come visit some of the world’s most beautiful, mysterious places.” 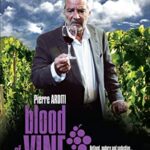 Blood of the Vine

“Benjamin Lebel is a luminary in his field: a renowned wine expert who publishes a keenly-awaited new guide every year. When the local police chief enlists his help in the hunt for a serial killer who combines murders with Grand Crus, Benjamin’s intuition and his nose are stimulated by the puzzling case. They both prove infallible as he works his own investigation in the sumptuous settings of the wine-growing regions in France. Bitten by the investigative bug and welcomed by the police as an expert, he seeks out new mysteries to solve in the heart of Bordeaux and in the regions of Cognac and Champagne. Adapted from the crime collection published by Fayard, Blood of the Vine is a series of full-bodied, yet light thrillers!

The Sulfate Sprayer Massacre- Benjamin reluctantly agrees to meet with a business partner to discuss the appraisal of a failing estate, unaware of its tumultuous history. When the murder of a young man connected to the estate occurs during his visit, he discovers a hornets’ nest of greed, revenge and family conflict.

Thunder in the Corbières – A determined author insists on having Benjamin’s old articles from his youth published, but soon after dies in a suspicious hit-and-run accident. Mounting his own investigation, Benjamin uncovers a sinister plot related to an old friend and fellow enologist and some articles the author was about to publish.

Black Wine Chaos – At the first tasting of a wine that Benjamin helped cultivate, he and Matilde confront the unthinkable: a dead body in one of the barrels. Benjamin’s investigation reveals hatreds, jealousy and a quest to stop at nothing in order to destroy the owner and ruin the reputation of an established estate.” 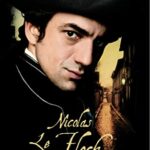 “Paris, 1761. Brilliant young Parisian police commissioner Nicolas Le Floch works under Monsieur de Sartine, the Royal Lieutenant General of Police. Louis XV’s kingdom is plagued by conspiracies and murders. With the help of his faithful subordinate Bourdeau, Nicolas solves mysterious disappearances and sorts out awkward scandals. From seedy taverns to the muffled hallways of Versailles, from brothels to the Chatelet prisons, he tracks and stakes out suspects, questions witnesses, gathers evidence, foils traps, and unveils plotters.

Nicolas Le Floch plunges viewers into the mysteries of 18th century Paris, a world teeming with crime, debauchery and theft. The series is a successful blend of police intrigue and melodrama, as well as a portrayal of the period’s social customs and humor. All of this is presented in great style. The characters are sensitive, original and deep. They show the eternal nature of man s passions, feelings…. and crimes. In the end, no one could be more contemporary than Nicolas Le Floch, Police Commissioner at the Chatelet.

Episode 1 The Man with the Lead Stomach – Nicolas investigates the mysterious death of Viscount Lionel de Ruissec. Was it suicide or murder? Nicolas discovers that the murder is linked to a plot against King Louis XV and reigning favorite Madame de Pompadour.
Episode 2 The Blancs-Manteaux Enigma – Commissioner Lardin has apparently been murdered, and letters comprising the King have also been stolen. Who could have wanted him out of the way? Will Dr. Scemacgus, Nicolas’ good friend, have to be brought in for questioning?
Episode 3 The Phantom of the Rue Royale – Beautiful Elodie Galaine is discovered strangled to death at a party thrown in Paris by Louis XV. Nicolas le Floch leads the investigation into the strange doings of the Galaine family.
Episode 4 The Nicolas Le Floch Affair – Nicolas Le Floch is suspected of having poisoned his mistress. To keep him from being unjustly implicated in the death, Louis XV sends Nicolas to London on a secret mission, where he discovers new leads into her death.
Episode 5 The Tear of Warsaw – Nicolas Le Floch investigates the theft of a priceless pearl, The Tear of Warsaw, whose disappearance portends troubled times for the French monarchy.
Episode 6 The Grand Huntsman- The young Count Louis Charles Allas is found beheaded. Nicolas Le Floch, sent to the lands of Aquitaine to investigate, falls into a terrible trap: a hunting with hounds, with the Earl of Rhodes as the Grand Huntsman and Nicolas Le Floch his prey.” 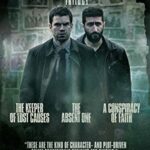 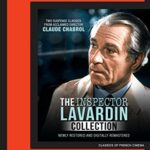 “Police inspector Jean Lavardin (Jean Poiret) is tasked with solving a series of grisly murders in Chicken with Vinegar, and in the follow up, Inspector Lavardin, he travels to a small coastal town to investigate the puzzling death of a wealthy writer murdered on a beach.” 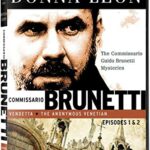 “Murder, Venice, relationships…it’s a delicious concoction in the hands of crime novelist Donna Leon. Venice provides the backdrop for the lush film versions of the bestselling novels, which feature the singular Commissario Guido Brunetti, canal boat rides instead of car chases, fine cuisine and crime investigations in one of Europe s most beautiful locations. Joachim Król stars as Brunetti, a police inspector with a keen mind, razor-sharp wit, and a touch of melancholy. He strives to bring criminals to justice, but experience has taught him that countless things work against that human frailty, corruption, and police incompetence being chief among them.”