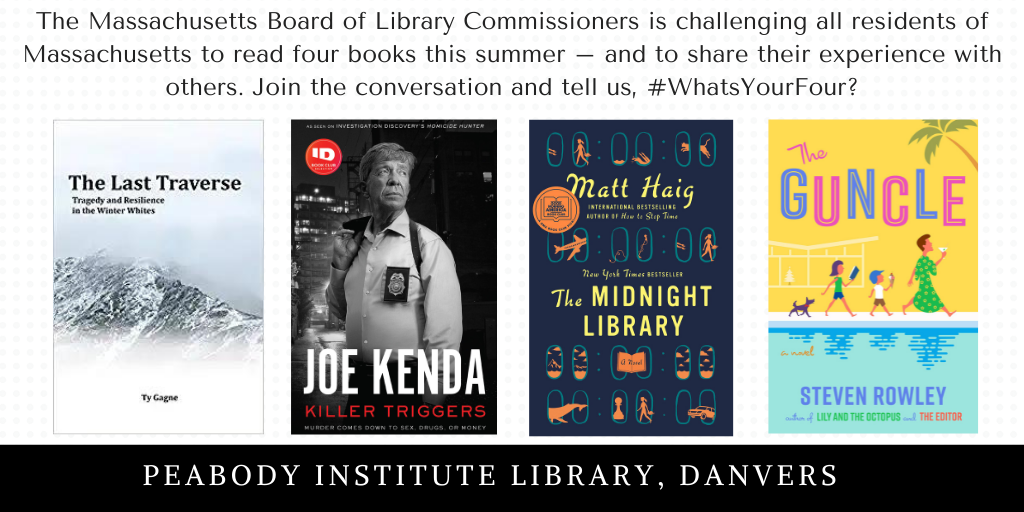 The Last Traverse -Ty Gagne
“On a mountain somewhere above treeline, in some of the coldest and worst winter conditions imaginable, two men lie unconscious in the snow as explosive winds batter the nearby summits.

In The Last Traverse; Tragedy and Resilience in the Winter Whites, Ty Gagne masterfully lays out the events that led up to an epic and legendary rescue attempt in severe and dangerous winter conditions in the White Mountains of New Hampshire. More than a cautionary tale, it is a tribute to all the volunteers and professionals who willingly put themselves in harm’s way to save lives. This is a must read for anyone who hikes the Whites.”

Killer Triggers – Joe Kenda
“The most common triggers for homicide are fear, rage, revenge, money, lust, and, more rarely, sheer madness. This isn’t an exact science, of course. Any given murder can have multiple triggers. Sex and revenge seem to be common partners in crime. Rage, money, and revenge make for a dangerous trifecta of triggers, as well.

This book offers my memories of homicide cases that I investigated or oversaw. In each case, I examine the trigger that led to death. I chose this theme for the book because even though the why of a murder case may not be critical in an investigation, it can sometimes lead us to the killer.

And even if we solve a case without knowing the trigger, the why still intrigues us, disrupting our dreams and lingering in our minds, perhaps because each of us fears the demons that lie within our own psyche — the triggers waiting to be pulled.”

The Midnight Library – Matt Haig
“Somewhere out beyond the edge of the universe there is a library that contains an infinite number of books, each one the story of another reality. One tells the story of your life as it is, along with another book for the other life you could have lived if you had made a different choice at any point in your life. While we all wonder how our lives might have been, what if you had the chance to go to the library and see for yourself? Would any of these other lives truly be better?

In The Midnight Library, Matt Haig’s enchanting blockbuster novel, Nora Seed finds herself faced with this decision. Faced with the possibility of changing her life for a new one, following a different career, undoing old breakups, realizing her dreams of becoming a glaciologist; she must search within herself as she travels through the Midnight Library to decide what is truly fulfilling in life, and what makes it worth living in the first place.”

The Guncle – Steven Rowley
“Patrick, or Gay Uncle Patrick (GUP, for short), has always loved his niece, Maisie, and nephew, Grant. That is, he loves spending time with them when they come out to Palm Springs for weeklong visits, or when he heads home to Connecticut for the holidays. But in terms of caretaking and relating to two children, no matter how adorable, Patrick is, honestly, overwhelmed.

So when tragedy strikes and Maisie and Grant lose their mother and Patrick’s brother has a health crisis of his own, Patrick finds himself suddenly taking on the role of primary guardian. Despite having a set of “Guncle Rules” ready to go, Patrick has no idea what to expect, having spent years barely holding on after the loss of his great love, a somewhat-stalled acting career, and a lifestyle not-so-suited to a six- and a nine-year-old. Quickly realizing that parenting–even if temporary–isn’t solved with treats and jokes, Patrick’s eyes are opened to a new sense of responsibility, and the realization that, sometimes, even being larger than life means you’re unfailingly human.”