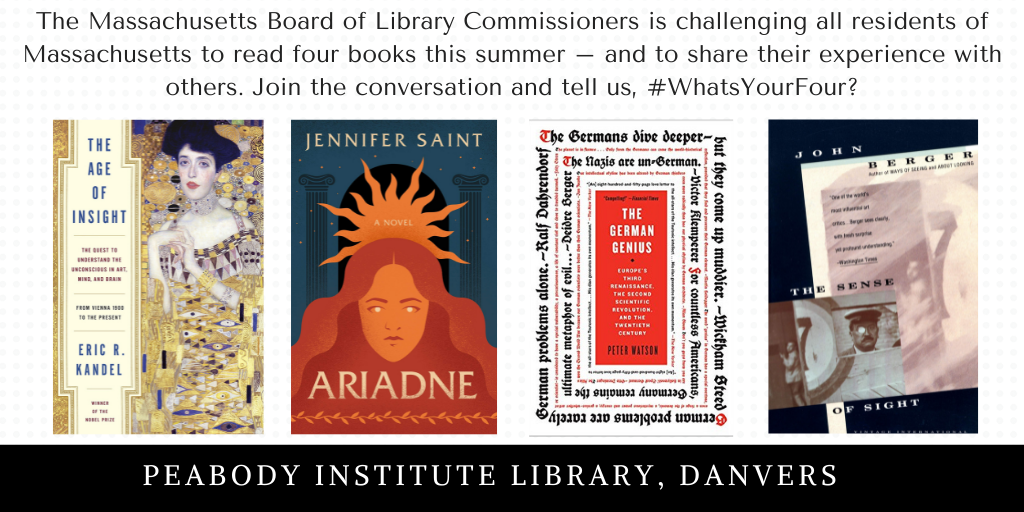 The Age of Insight: The Quest to Understand the Unconscious in Art, Mind, and Brain, from Vienna 1900 to the Present – Eric R. Kandal
“At the turn of the century, Vienna was the cultural capital of Europe. Artists and scientists met in glittering salons, where they freely exchanged ideas that led to revolutionary breakthroughs in psychology, brain science, literature, and art. Kandel takes us into the world of Vienna to trace, in rich and rewarding detail, the ideas and advances made then, and their enduring influence today.

Kandel tells the story of how these pioneers—Freud, Schnitzler, Klimt, Kokoschka, and Schiele—inspired by the Vienna School of Medicine, in turn influenced the founders of the Vienna School of Art History to ask pivotal questions such as What does the viewer bring to a work of art? How does the beholder respond to it? These questions prompted new and ongoing discoveries in psychology and brain biology, leading to revelations about how we see and perceive, how we think and feel, and how we respond to and create works of art. Kandel, one of the leading scientific thinkers of our time, places these five innovators in the context of today’s cutting-edge science and gives us a new understanding of the modernist art of Klimt, Kokoschka, and Schiele, as well as the school of thought of Freud and Schnitzler.”

Ariadne – Jennifer Saint
“Ariadne, Princess of Crete, grows up greeting the dawn from her beautiful dancing floor and listening to her nursemaid’s stories of gods and heroes. But beneath her golden palace echo the ever-present hoofbeats of her brother, the Minotaur, a monster who demands blood sacrifice.

When Theseus, Prince of Athens, arrives to vanquish the beast, Ariadne sees in his green eyes not a threat but an escape. Defying the gods, betraying her family and country, and risking everything for love, Ariadne helps Theseus kill the Minotaur. But will Ariadne’s decision ensure her happy ending? And what of Phaedra, the beloved younger sister she leaves behind?

Hypnotic, propulsive, and utterly transporting, Jennifer Saint’s Ariadne forges a new epic, one that puts the forgotten women of Greek mythology back at the heart of the story, as they strive for a better world.”

The German Genius: Europe’s Third Renaissance, the Second Scientific Revolution, and the Twentieth Century – Peter Watson
“The German Genius is a virtuoso cultural history of German ideas and influence, from 1750 to the present day, by acclaimed historian Peter Watson. From Bach, Goethe, and Schopenhauer to Nietzsche, Freud, and Einstein, from the arts and humanities to science and philosophy, The German Genius is a lively and accessible review of over 250 years of German intellectual history. In the process, it explains the devastating effects of World War II, which transformed a vibrant and brilliantly artistic culture into a vehicle of warfare and destruction, and it shows how the German culture advanced in the war’s aftermath.”

The Sense of Sight – John Berger
“With this provocative and infinitely moving collection of essays, a preeminent critic of our time responds to the profound questions posed by the visual world. For when Booker Prize-winning author John Berger writes about Cubism, he writes not only of Braque, Léger, Picasso, and Gris, but of that incredible moment early in this century when the world converged around a marvelous sense of promise. When he looks at the Modigliani, he sees a man’s infinite love revealed in the elongated lines of the painted figure.

Ranging from the Renaissance to the conflagration of Hiroshima; from the Bosphorus to Manhattan; from the woodcarvers of a French village to Goya, Dürer, and Van Gogh; and from private experiences of love and of loss, to the major political upheavals of our time, The Sense of Sight encourages us to see with the same breadth, courage, and moral engagement that its author does.”