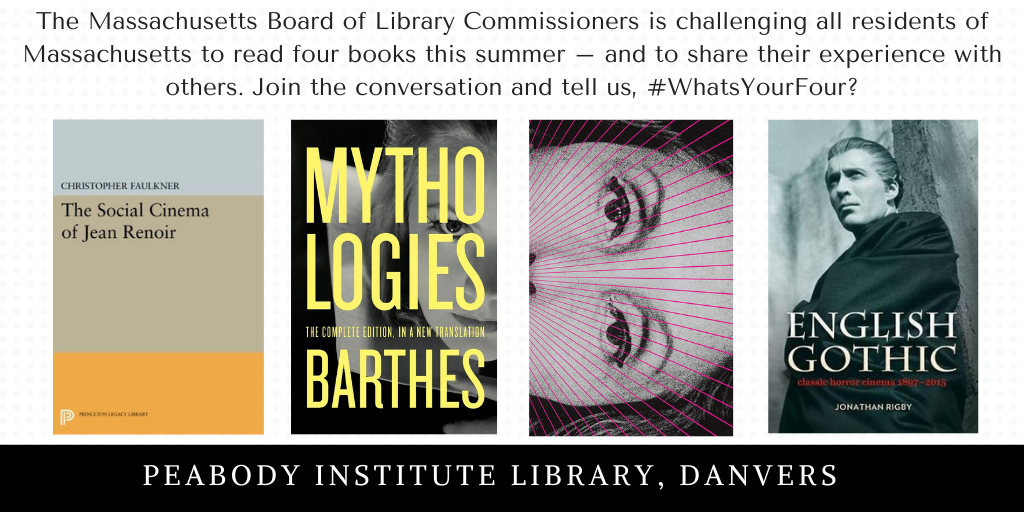 The Social Cinema of Jean Renoir – Christopher Faulkner
“Reinterpreting twelve of Renoir’s best-known works, Professor Faulkner attributes their qualities not to the director’s unified sensibility but to varying social and historical circumstances.”

Mythologies – Roland Barthes
“‘No denunciation without its proper instrument of close analysis,’ Roland Barthes wrote in his preface to Mythologies. There is no more proper instrument of analysis of our contemporary myths than this book―one of the most significant works in French theory, and one that has transformed the way readers and philosophers view the world around them.

Our age is a triumph of codification. We own devices that bring the world to the command of our fingertips. We have access to boundless information and prodigious quantities of stuff. We decide to like or not, to believe or not, to buy or not. We pick and choose. We think we are free. Yet all around us, in pop culture, politics, mainstream media, and advertising, there are codes and symbols that govern our choices. They are the fabrications of consumer society. They express myths of success, well-being, or happiness. As Barthes sees it, these myths must be carefully deciphered, and debunked.

What Barthes discerned in mass media, the fashion of plastic, and the politics of postcolonial France applies with equal force to today’s social networks, the iPhone, and the images of 9/11. This new edition of Mythologies, complete and beautifully rendered by the Pulitzer Prize–winning poet, critic, and translator Richard Howard, is a consecration of Barthes’s classic―a lesson in clairvoyance that is more relevant now than ever.”

The Complete Stories – Clarice Lispector
“Here, gathered in one volume, are the stories that made Clarice a Brazilian legend. Originally a cloth edition of eighty-six stories, now we have eighty- nine in all, covering her whole amazing career, from her teenage years to her deathbed. In these pages, we meet teenagers becoming aware of their sexual and artistic powers, humdrum housewives whose lives are shattered by unexpected epiphanies, old people who don’t know what to do with themselves― and in their stories, Clarice takes us through their lives―and hers―and ours.”

English Gothic: Classic Horror Cinema 1897-2015 – Jonathan Rigby
“English Gothic was the first book to trace the rise and fall of horror cinema from its beginnings in the 1890s right through to the end of the 20th century, encompassing the lost films of the silent era, the Boris Karloff and Bela Lugosi chillers of the 1930s, the lurid classics from Hammer’s house of horror and the explicit shockers of the 1970s. Now it comes complete with an assessment of the remarkable renaissance enjoyed by British horror in the 21st century.”