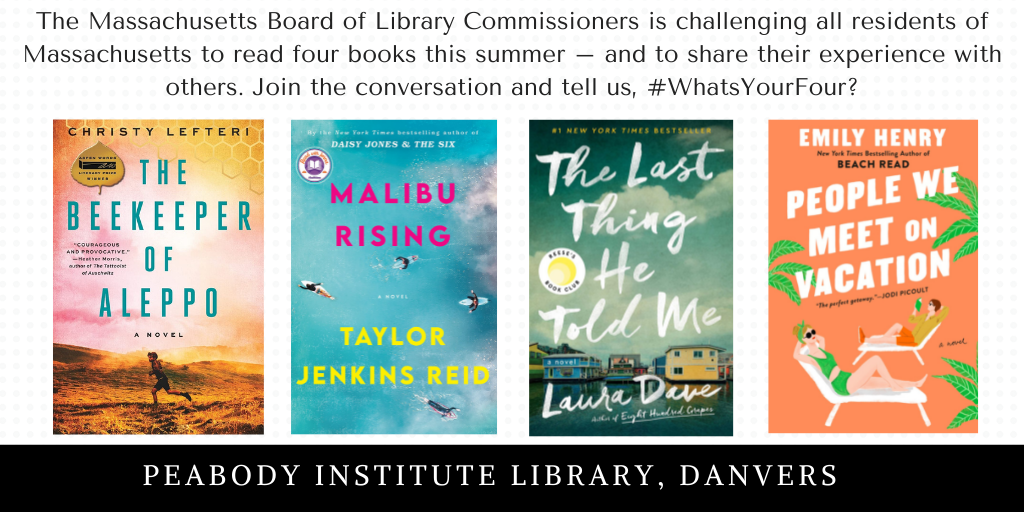 The Beekeeper Of Aleppo – Christy Lefteri
“Nuri is a beekeeper and Afra, his wife, is an artist. Mornings, Nuri rises early to hear the call to prayer before driving to his hives in the countryside. On weekends, Afra sells her colorful landscape paintings at the open-air market. They live a simple life, rich in family and friends, in the hills of the beautiful Syrian city of Aleppo—until the unthinkable happens. When all they love is destroyed by war, Nuri knows they have no choice except to leave their home. But escaping Syria will be no easy task: Afra has lost her sight, leaving Nuri to navigate her grief as well as a perilous journey through Turkey and Greece toward an uncertain future in Britain.

Nuri is sustained only by the knowledge that waiting for them is his cousin Mustafa, who has started an apiary in Yorkshire and is teaching fellow refugees beekeeping. As Nuri and Afra travel through a broken world, they must confront not only the pain of their own unspeakable loss but dangers that would overwhelm even the bravest souls. Above all, they must make the difficult journey back to each other, a path once so familiar yet rendered foreign by the heartache of displacement.”

Malibu Rising – Taylor Jenkins Reid
“Malibu: August 1983. It’s the day of Nina Riva’s annual end-of-summer party, and anticipation is at a fever pitch. Everyone wants to be around the famous Rivas: Nina, the talented surfer and supermodel; brothers Jay and Hud, one a championship surfer, the other a renowned photographer; and their adored baby sister, Kit. Together the siblings are a source of fascination in Malibu and the world over—especially as the offspring of the legendary singer Mick Riva.

The only person not looking forward to the party of the year is Nina herself, who never wanted to be the center of attention, and who has also just been very publicly abandoned by her pro tennis player husband. Oh, and maybe Hud—because it is long past time for him to confess something to the brother from whom he’s been inseparable since birth.

Jay, on the other hand, is counting the minutes until nightfall, when the girl he can’t stop thinking about promised she’ll be there.

And Kit has a couple secrets of her own—including a guest she invited without consulting anyone.

By midnight the party will be completely out of control. By morning, the Riva mansion will have gone up in flames. But before that first spark in the early hours before dawn, the alcohol will flow, the music will play, and the loves and secrets that shaped this family’s generations will all come rising to the surface.”

The Last Thing He Told Me – Laura Dave
“Before Owen Michaels disappears, he smuggles a note to his beloved wife of one year: Protect her. Despite her confusion and fear, Hannah Hall knows exactly to whom the note refers—Owen’s sixteen-year-old daughter, Bailey. Bailey, who lost her mother tragically as a child. Bailey, who wants absolutely nothing to do with her new stepmother.

As Hannah’s increasingly desperate calls to Owen go unanswered, as the FBI arrests Owen’s boss, as a US marshal and federal agents arrive at her Sausalito home unannounced, Hannah quickly realizes her husband isn’t who he said he was. And that Bailey just may hold the key to figuring out Owen’s true identity—and why he really disappeared.

Hannah and Bailey set out to discover the truth. But as they start putting together the pieces of Owen’s past, they soon realize they’re also building a new future—one neither of them could have anticipated.”

People We Meet On Vacation – Emily Henry
“Poppy and Alex. Alex and Poppy. They have nothing in common. She’s a wild child; he wears khakis. She has insatiable wanderlust; he prefers to stay home with a book. And somehow, ever since a fateful car share home from college many years ago, they are the very best of friends. For most of the year they live far apart—she’s in New York City, and he’s in their small hometown—but every summer, for a decade, they have taken one glorious week of vacation together.

Until two years ago, when they ruined everything. They haven’t spoken since.

Poppy has everything she should want, but she’s stuck in a rut. When someone asks when she was last truly happy, she knows, without a doubt, it was on that ill-fated, final trip with Alex. And so, she decides to convince her best friend to take one more vacation together—lay everything on the table, make it all right. Miraculously, he agrees.

Now she has a week to fix everything. If only she can get around the one big truth that has always stood quietly in the middle of their seemingly perfect relationship. What could possibly go wrong?”