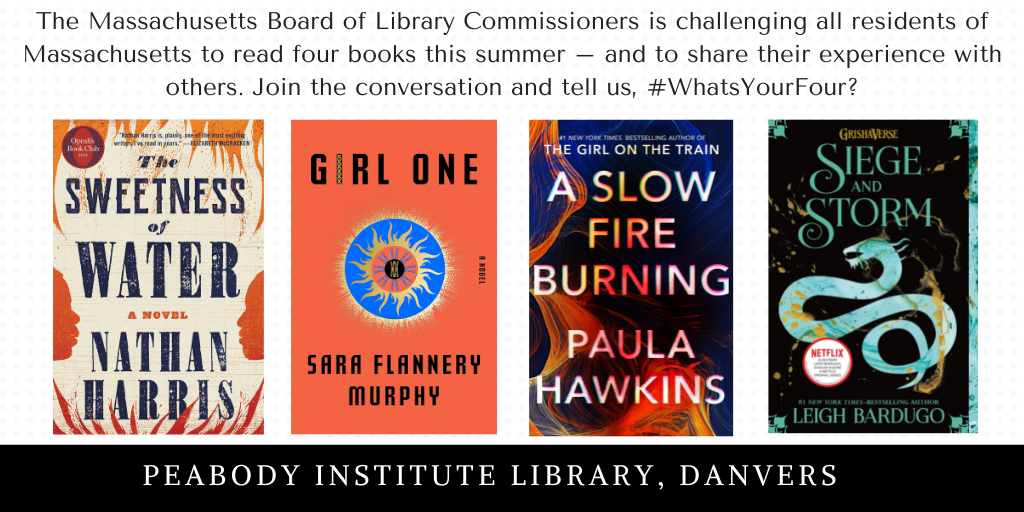 The Sweetness of Water – Nathan Harris
“In the waning days of the Civil War, brothers Prentiss and Landry—freed by the Emancipation Proclamation—seek refuge on the homestead of George Walker and his wife, Isabelle. The Walkers, wracked by the loss of their only son to the war, hire the brothers to work their farm, hoping through an unexpected friendship to stanch their grief. Prentiss and Landry, meanwhile, plan to save money for the journey north and a chance to reunite with their mother, who was sold away when they were boys.

Parallel to their story runs a forbidden romance between two Confederate soldiers. The young men, recently returned from the war to the town of Old Ox, hold their trysts in the woods. But when their secret is discovered, the resulting chaos, including a murder, unleashes convulsive repercussions on the entire community. In the aftermath of so much turmoil, it is Isabelle who emerges as an unlikely leader, proffering a healing vision for the land and for the newly free citizens of Old Ox.”

Girl One – Sara Flannery Murphy
“Josephine Morrow is Girl One, the first of nine Miracle Babies conceived without male DNA on an experimental commune known as the Homestead. The Girls were raised in the shadow of controversy―plagued by zealots calling them aberrations and their mothers demons―until a devastating fire at the Homestead claimed the lives of three people, leaving the survivors to scatter across the United States.

Years later, upon learning that her mother has gone missing, Josie sets off on a desperate road trip, tracking down the only people who might help: her estranged sisters. Tracing clues her mother left behind, Josie joins forces with two of the Girls, and they journey back through their past, uncovering secrets about their origins and unlocking devastating abilities they never knew they had.”

A Slow Fire Burning – Paula Hawkins
“When a young man is found gruesomely murdered in a London houseboat, it triggers questions about three women who knew him. Laura is the troubled one-night-stand last seen in the victim’s home. Carla is his grief-stricken aunt, already mourning the recent death of yet another family member. And Miriam is the nosy neighbor clearly keeping secrets from the police. Three women with separate connections to the victim. Three women who are – for different reasons – simmering with resentment. Who are, whether they know it or not, burning to right the wrongs done to them. When it comes to revenge, even good people might be capable of terrible deeds. How far might any one of them go to find peace? How long can secrets smolder before they explode into flame?”

“Soldier. Summoner. Saint. Alina Starkov’s power has grown, but not without a price. She is the Sun Summoner―hunted across the True Sea, haunted by the lives she took on the Shadow Fold. But she and Mal can’t outrun their enemies for long.

The Darkling is more determined than ever to claim Alina’s magic and use it to take the Ravkan throne. With nowhere else to turn, Alina enlists the help of an infamous privateer and sets out to lead the Grisha army.

But as the truth of Alina’s destiny unfolds, she slips deeper into the Darkling’s deadly game of forbidden magic, and further away from her humanity. To save her country, Alina will have to choose between her power and the love she thought would always be her shelter. No victory can come without sacrifice―and only she can face the oncoming storm.”