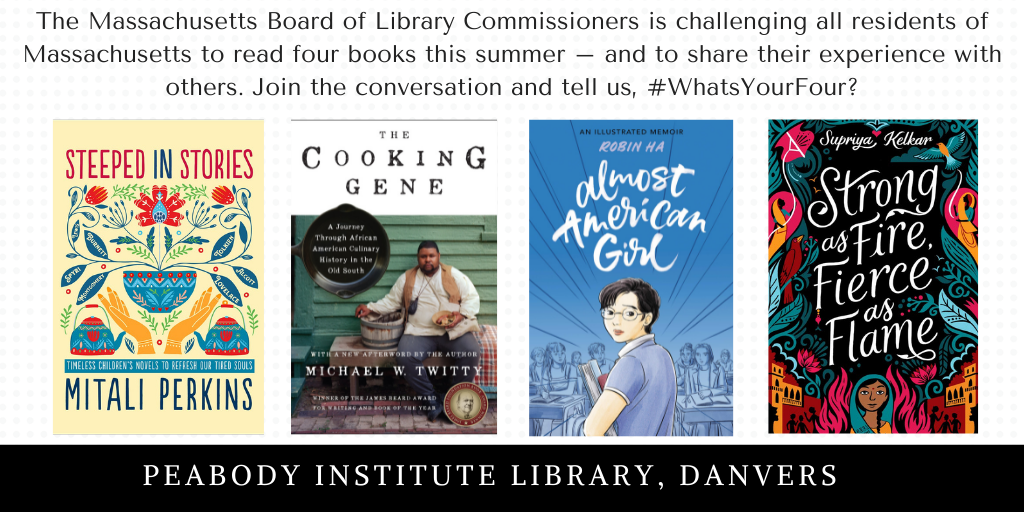 Steeped in Stories – Mitali Perkins
“The stories we read as children shape us for the rest of our lives. But it is never too late to discover that transformative spark of hope that children’s classics can ignite within us.

Award-winning children’s author Mitali Perkins grew up steeped in stories–escaping into her books on the fire escape of a Flushing apartment building and, later, finding solace in them as she navigated between the cultures of her suburban California school and her Bengali heritage at home. Now Perkins invites us to explore the promise of seven timeless children’s novels for adults living in uncertain times: stories that provide mirrors to our innermost selves and open windows to other worlds.

Blending personal narrative, accessible literary criticism, and spiritual and moral formation, Perkins delves into novels by Louisa May Alcott, C. S. Lewis, L. M. Montgomery, Frances Hodgson Burnett, and other literary “uncles” and “aunts” that illuminate the virtuous, abundant life we still desire. These novels are not perfect, and Perkins honestly assesses their critical frailties and flaws related to race, culture, and power. Yet reading or rereading these books as adults can help us build virtue, unmask our vices, and restore our hope. Reconnecting with these stories from childhood isn’t merely nostalgia. In an era of uncertainty and despair, they lighten our load and bring us much-needed hope.”

The Cooking Gene – Michael Twitty
“A renowned culinary historian offers a fresh perspective on our most divisive cultural issue, race, in this illuminating memoir of Southern cuisine and food culture that traces his ancestry—both black and white—through food, from Africa to America and slavery to freedom.

Southern food is integral to the American culinary tradition, yet the question of who “owns” it is one of the most provocative touch points in our ongoing struggles over race. In this unique memoir, culinary historian Michael W. Twitty takes readers to the white-hot center of this fight, tracing the roots of his own family and the charged politics surrounding the origins of soul food, barbecue, and all Southern cuisine.

From the tobacco and rice farms of colonial times to plantation kitchens and backbreaking cotton fields, Twitty tells his family story through the foods that enabled his ancestors’ survival across three centuries. He sifts through stories, recipes, genetic tests, and historical documents, and travels from Civil War battlefields in Virginia to synagogues in Alabama to Black-owned organic farms in Georgia.

As he takes us through his ancestral culinary history, Twitty suggests that healing may come from embracing the discomfort of the Southern past. Along the way, he reveals a truth that is more than skin deep—the power that food has to bring the kin of the enslaved and their former slaveholders to the table, where they can discover the real America together.”

Almost American Girl – Robin Ha
“For as long as she can remember, it’s been Robin and her mom against the world. Growing up as the only child of a single mother in Seoul, Korea, wasn’t always easy, but it has bonded them fiercely together.

So when a vacation to visit friends in Huntsville, Alabama, unexpectedly becomes a permanent relocation—following her mother’s announcement that she’s getting married—Robin is devastated.

Overnight, her life changes. She is dropped into a new school where she doesn’t understand the language and struggles to keep up. She is completely cut off from her friends in Seoul and has no access to her beloved comics. At home, she doesn’t fit in with her new stepfamily, and worst of all, she is furious with the one person she is closest to—her mother.

Then one day Robin’s mother enrolls her in a local comic drawing class, which opens the window to a future Robin could never have imagined.”

Strong as Fire, Fierce as Flame – Supriya Kelkar
“Meera’s future has been planned for her for as long as she can remember. As a child, her parents married her to a boy from a neighboring village whom she barely knows. Later, on the eve of her thirteenth birthday, she prepares to leave her family to live with her husband’s–just as her strict religion dictates. But that night, Indian soldiers mutiny against their British commanders and destroy the British ammunition depot, burning down parts of Delhi. Riots follow, and Meera’s husband is killed. Upon hearing the news, Meera’s father insists that she follow the dictates of their fringe religious sect: She must end her life by throwing herself on her husband’s funeral pyre.

Risking everything, Meera runs away, escaping into the chaos of the rebellion. But her newfound freedom is short-lived, as she is forced to become a servant in the house of a high-ranking British East India Company captain. Slowly through her work, she gains confidence, new friends, new skills–and sometimes her life even feels peaceful. But one day, Meera stumbles upon the captain’s secret stock of ammunition, destined to be used by the British to continue colonizing India and control its citizens.

Will Meera do her part to take down the British colonists and alert the rebellion of the stockpile? Or will she stay safe and let others make decisions for her? It really comes down to this: how much fire must a girl face to finally write her own destiny?”