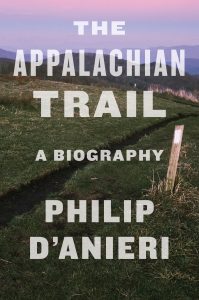 The Appalachian Trail: A Biography by Philip D’Anieri is a great quick read for anyone wanting to learn more about the people who shaped the beginning of a national landmark from the first idea, to the creation, to the politics involved in protecting it.  Each chapter is neatly organized and dedicated to specific people and their lives as they pertain to the involvement of making the idea of the Appalachian Trail a reality. Would recommend to anyone interested in the history of our protected trails.

“The Appalachian Trail is America’s most beloved trek, with millions of hikers setting foot on it every year. Yet few are aware of the fascinating backstory of the dreamers and builders who helped bring it to life over the past century.

The conception and building of the Appalachian Trail is a story of unforgettable characters who explored it, defined it, and captured national attention by hiking it. From Grandma Gatewood—a mother of eleven who thru-hiked in canvas sneakers and a drawstring duffle—to Bill Bryson, author of the best-selling A Walk in the Woods, the AT has seized the American imagination like no other hiking path. The 2,000-mile-long hike from Georgia to Maine is not just a trail through the woods, but a set of ideas about nature etched in the forest floor. This character-driven biography of the trail is a must-read not just for ambitious hikers, but for anyone who wonders about our relationship with the great outdoors and dreams of getting away from urban life for a pilgrimage in the wild.” (Amazon)

A little fact about the Appalachian Trail: The most photographed location on the trail is McAfee Knob in Roanoke Valley, Virginia. Would you sit on the edge for a photo? 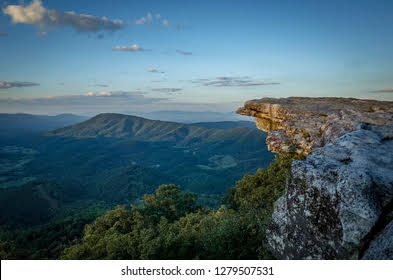