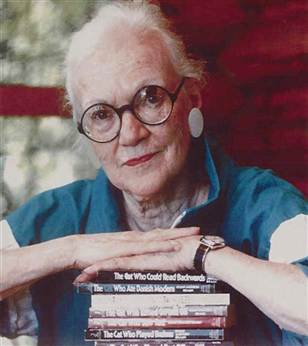 “The Cat Who …” books began with “The Cat Who Could Read Backwards,” published in 1966. They ended when Braun retired from writing in 2007 after the publication of “The Cat Who Had 60 Whiskers.” Her books about Jim Qwilleran and his Siamese cats, Koko and Yum Yum, were regulars on the New York Times bestseller lists and were translated into 16 languages.