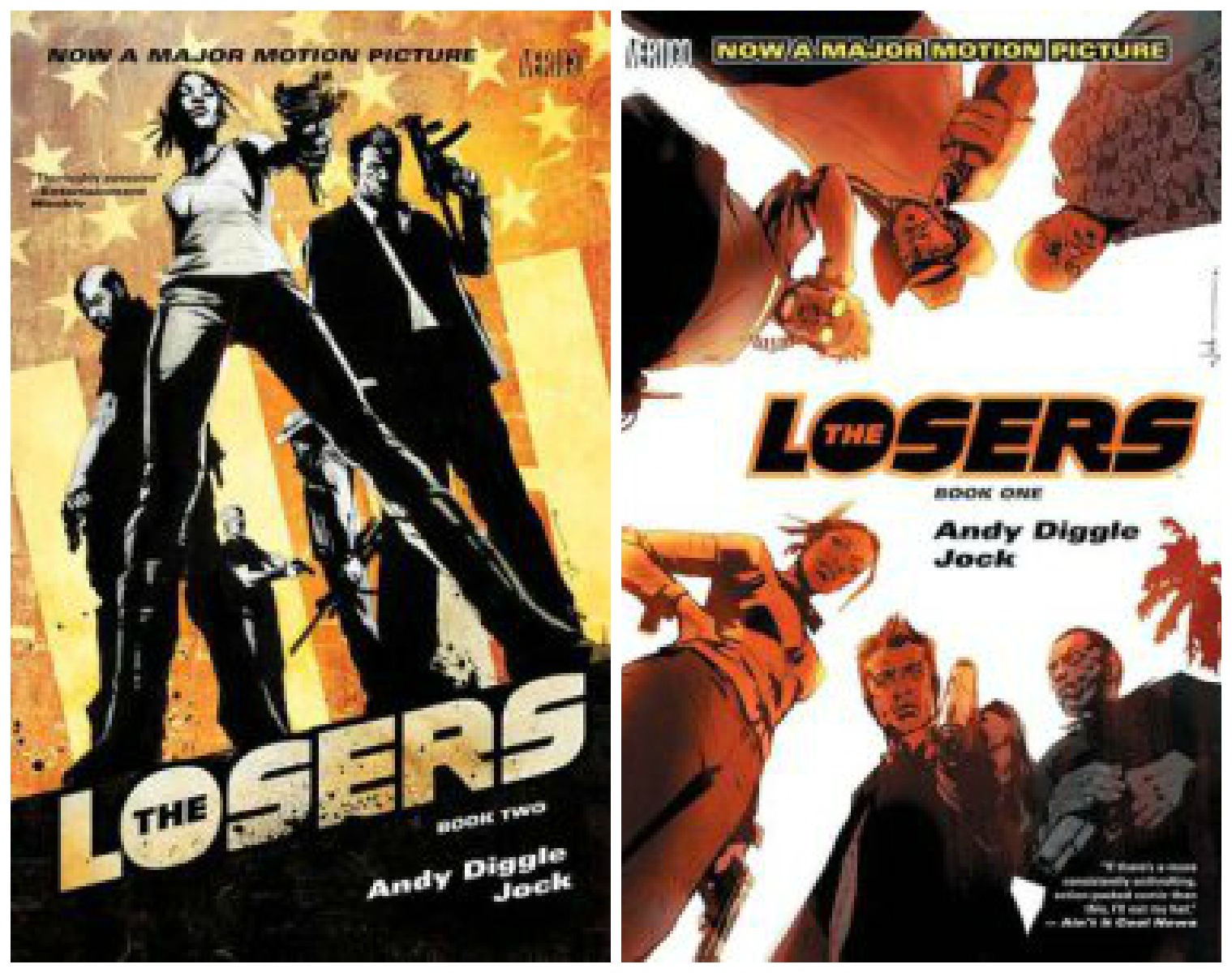 Publisher’s Summary of Book One: “This collection introduces The Losers, formerly an elite U.S. Special Forces unit that served as the covert bloody hand of America until they stumbled across a C.I.A. secret they couldn’t ignore. The C.I.A. tried to kill them, but they’re about to learn that it takes more than one try to eliminate The Losers.

Go ahead and ask me which single element of The Losers pushed my oh-yeah button, because my answer would be unhesitating: the team dynamic. I thoroughly enjoy stories in which disparate individuals in possession of highly specialized and honed skills come together, and not only did those individuals come together in this graphic novel duology, they formed an unflinching bond. That ensured my goner status.

Clay, Roque, Pooch, Jensen and Cougar are the founding members of an elite special ops team known ironically as the Losers. Forget Ethan Hunt; these are the guys to send in when a mission seems impossible. The Losers – with explosions to spare, crack-shot sniping, and delightful, come-to-Jensen hacking – gets the adrenaline flowing, but there are a few things you should know before sitting down without looking back: These boys must have hundreds of chock-full swear jars stashed across the globe, and if you find crude language offensive these graphic novels may not be right for you. That said, the language works in the context of the story and manages to stay on the right side of gratuitous. Next, there is a lone female, Aisha, and while she’s competent and dangerous, she’s also a flat, peripheral character in the first book. Which leads me to my last point: I’d strongly suggest having book two on hand. The majority of the characters – including Aisha – are further developed and defined in the second book, and you won’t get any sort of resolution from the ending of book one.

The Losers is action-fueled, filthy-mouthed intrigue peppered with moments of snort-worthy humor courtesy of my favorite of the group, Jensen. I mean, who doesn’t love a guy who hacks unhackable computer systems in heart boxers, a pirate hat and boots? 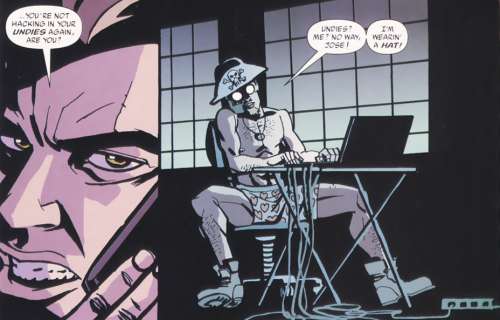 A note on the graphic part of the novel: The image above is a fair representation of Jock’s art, which relies on a limited color palette and bold strokes, echoing the story’s harsh, take-no-prisoners mentality.

Before or after reading about the Losers in print, check out the not-quite-true-to-the-books’-plot movie adaptation starring Jeffrey Dean Morgan, Idris Alba, Columbia Short, Chris Evans and Óscar Jaenada. It’s a whole lot of fun, and as an added bonus your brain will helpfully supply images of  these guys doing what needs doing if you opt to watch the movie first (as I did).