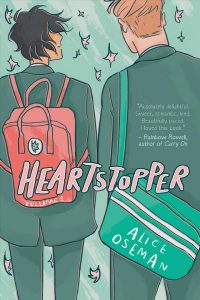 Alice Oseman’s Heartstopper series is the most comforting read I’ve picked up in a while. The young adult graphic novel romance series currently has four volumes with a fifth on the way (although if you’re too impatient to wait for the fifth to be published, author Alice Oseman releases updates three times a month on Webtoons, Tumblr, and Tapas). The first volume introduces Charlie Spring as an anxious high schooler who, despite some initial bullying after being outed as gay, is a popular and academically successful student. When he’s put in a group with Nick Nelson, a popular rugby player in the grade above, Charlie immediately starts to develop a crush. With a formulaic, yet extremely sweet will-they/won’t-they romance, the graphic novel sets up a charming coming of age story about coming out, falling in love, and finding oneself. The art in the series is not overly complicated and compliments the sweetness of the story. The teens featured in the story are flawed and complex: texting instead of talking face-to-face, making misguided assumptions, keeping secrets; but watching them overcome these adversities with compassion and kindness toward one another is a huge part of the comfort of this series. Even as we watch Charlie and Nick face homophobic classmates, unsupportive family, and mental health issues, the good faith that these characters approach every situation (and each other) with is what reinforces the safe atmosphere the art and other parts of the story established. The series also does a great job of avoiding somewhat damaging tropes popular in media about LGBT teens by also including supportive friends and family members, as well as giving the main characters vocabulary and patience to acknowledge and work through homophobia, rather than internalizing it. While not as prevalent in the first volume, the later volumes reveal a significant cast of supporting characters with Charlie and Nick’s friend groups, which provides more ethnic and gender diversity while also giving space for the characters to grow outside of the relationship. While this is not a series without tension or hardship, it is a series that lets the reader put enough faith into the characters to know that things will work out in the end. 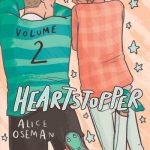 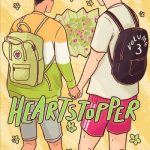 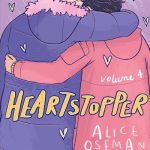