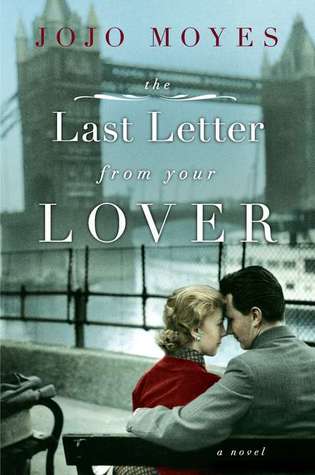 I am not a voracious fiction reader – romantic fiction especially.  But I was taken by the cover (the muted tones, the Grace Kelly look-a-like, the English back drop) as well as the title which added a touch of melancholy.

It is London, 1960. When Jennifer Stirling wakes up in the hospital, she can remember nothing of the accident that put her there, not her husband, not even her name.  When she returns to a home she does not recognize, she soon discovers a love letter indicating that the accident that took her memory occurred as she was attempting to flee her marriage with a mystery man.

Forty years later, a young journalist discovers the same letter in her newspaper’s archive and is drawn by the parallels in her own life. She sets out to discover what happened to the star-crossed lovers, finding a story of betrayal, heartbreak and joy.

This story sounds like it could easily have fallen into a trap of mushy sentimentality, but the characters never have it easy.  “Jennifer Stirling lives a claustrophobic existence as a trophy wife and following her heart will come at a steep price which is aptly demonstrated by the social expectations of that era.  Her story takes place in the 1960s but moves between the past and present to recall memories that she has forgotten, and illustrate the life she is leading.”

Appeal:  A mature, enthralling and emotional love story of missed chances with a twist of British “Mad Men.”   And to no one’s surprise, it’s been optioned for the big screen!