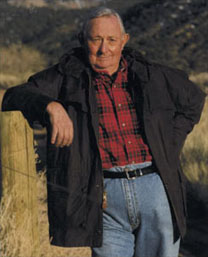 Tony Hillerman died yesterday at the age of 83.

Hillerman’s evocative novels, which describe people struggling to maintain ancient traditions in the modern world, touched millions of readers, who made them best sellers. But although the themes of his books were not overtly political, he wrote with a purpose, he often said, and that purpose was to instill in his readers a respect for Indian culture. The plots of his stories, while steeped in contemporary crime and its consequences, were invariably instructive about ancient tribal beliefs and customs, from purification rituals for a soldier returned from a foreign war to incest taboos for a proper clan marriage.

One thought on “Remembering Tony Hillerman”