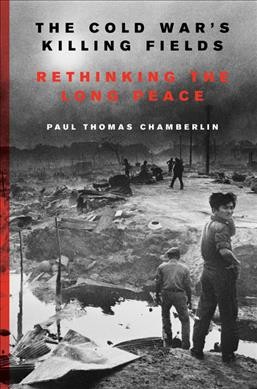 The whole idea behind the concept of a Cold War is that there is opposition without war. Now we all know that when they say “without war” they mean we managed to not incinerate ourselves in a global nuclear conflagration. There was plenty of hot war in the Cold War. That is where the argument of Cold War Killing Fields comes in. Chamberlin argues that the chain conflicts in Asia from the Chinese Revolution in the late 1940s to the Soviet intervention in Afghanistan in the 1980s when taken together constitute the most costly wars in history. As such Chamberlin traces the evolution of US, USSR and Chinese policy and how it interacted with local nationalist movements to create those killing fields.

The book opens with the Chinese Revolution which it follows from its beginnings before World War II to its victory in 1947. He then moves on to the Korean War, the First Indochinese War and so on until the collapse of the Soviet Union. He does an excellent job of showing the reader what was happening in the conflicts themselves and the view from Washington and Moscow. This is not just a Great Power history of the Cold War.

I would say reading this book that his argument it itself is kind of up for debate. Yes you can say that the greatest bloodshed in the Cold War happened in Asia, that is indisputable but why does that mean conflicts in other parts of the globe don’t merit discussion? It can be argued for example that the Cuban revolution had as much impact on US foreign policy as the Chinese Revolution. Where I think the real strength of Chamberlin’s book comes from is they way it shows the reader the vastness of the conflict. Most American’s reduce the cold war the Russian, sometimes China, Vietnam and sometimes Korea. This book focuses on all of it. If there was a Communist conflict anywhere in Asia he covers it. In this way readers get to read about conflicts they probably had never even heard of but that drastically affected US attitudes.