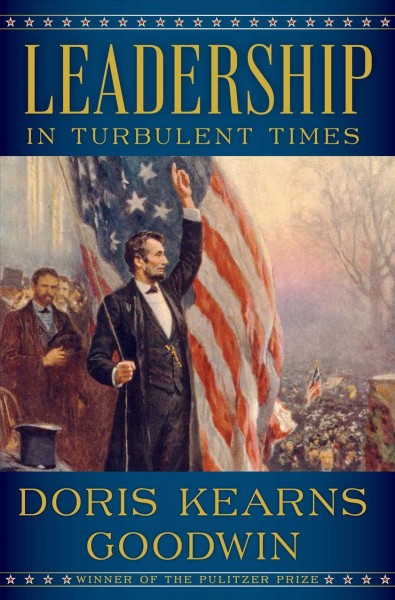 In this culmination of five decades of acclaimed studies in presidential history, Pulitzer Prize-winning author Doris Kearns Goodwin offers an illuminating exploration of the early development, growth, and exercise of leadership.

Are leaders born or made? Where does ambition come from? How does adversity affect the growth of leadership? Does the leader make the times or do the times make the leader?

In Leadership, Goodwin draws upon the four presidents she has studied most closely—Abraham Lincoln, Theodore Roosevelt, Franklin D. Roosevelt, and Lyndon B. Johnson (in civil rights)—to show how they recognized leadership qualities within themselves and were recognized as leaders by others. By looking back to their first entries into public life, we encounter them at a time when their paths were filled with confusion, fear, and hope.

Leadership tells the story of how they all collided with dramatic reversals that disrupted their lives and threatened to shatter forever their ambitions. Nonetheless, they all emerged fitted to confront the contours and dilemmas of their times.

No common pattern describes the trajectory of leadership. Although set apart in background, abilities, and temperament, these men shared a fierce ambition and a deep-seated resilience that enabled them to surmount uncommon hardships. At their best, all four were guided by a sense of moral purpose. At moments of great challenge, they were able to summon their talents to enlarge the opportunities and lives of others.

This seminal work provides an accessible and essential road map for aspiring and established leaders in every field. In today’s polarized world, these stories of authentic leadership in times of apprehension and fracture take on a singular urgency. 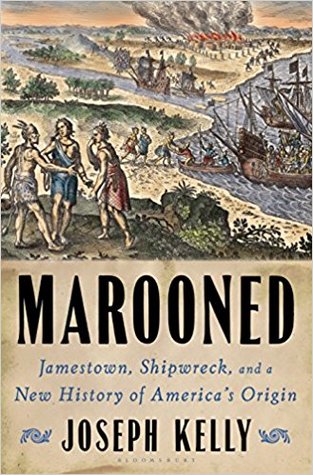 Marooned: Jamestown Shipwreck and the New History of America’s Origin by Joseph Kelly

For readers of Nathaniel Philbrick’s Mayflower, a groundbreaking history that makes the case for replacing Plymouth Rock with Jamestown as America’s founding myth.

We all know the great American origin story. It begins with an exodus. Fleeing religious persecution, the hardworking, pious Pilgrims thrived in the wilds of New England, where they built their fabled city on a hill. Legend goes that the colony in Jamestown was a false start, offering a cautionary tale. Lazy louts hunted gold till they starved, and the shiftless settlers had to be rescued by English food and the hard discipline of martial law.

Neither story is true. In Marooned, Joseph Kelly reexamines the history of Jamestown and comes to a radically different and decidedly American interpretation of these first Virginians.

In this gripping account of shipwrecks and mutiny in America’s earliest settlements, Kelly argues that the colonists at Jamestown were literally and figuratively marooned, cut loose from civilization, and cast into the wilderness. The British caste system meant little on this frontier: those who wanted to survive had to learn to work and fight and intermingle with the nearby native populations. Ten years before the Mayflower Compact and decades before Hobbes and Locke, they invented the idea of government by the people. 150 years before Jefferson, they discovered the truth that all men were equal.

The epic origin of America was not an exodus and a fledgling theocracy. It is a tale of shipwrecked castaways of all classes marooned in the wilderness fending for themselves in any way they could–a story that illuminates who we are today. 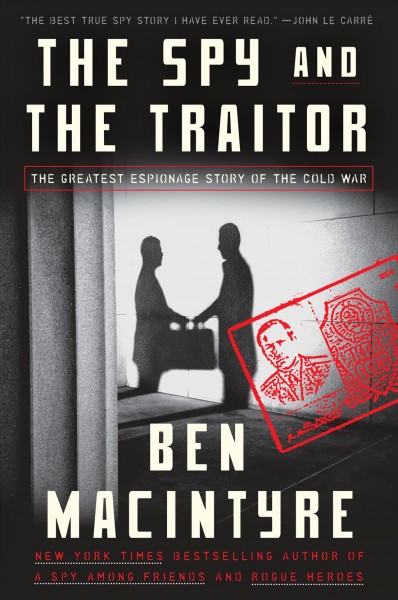 The celebrated author of A Spy Among Friends and Rogue Heroesreturns with his greatest spy story yet, a thrilling Cold War-era tale of Oleg Gordievsky, the Russian whose secret work helped hasten the collapse of the Soviet Union.

If anyone could be considered a Russian counterpart to the infamous British double-agent Kim Philby, it was Oleg Gordievsky. The son of two KGB agents and the product of the best Soviet institutions, the savvy, sophisticated Gordievsky grew to see his nation’s communism as both criminal and philistine. He took his first posting for Russian intelligence in 1968 and eventually became the Soviet Union’s top man in London, but from 1973 on he was secretly working for MI6.

For nearly a decade, as the Cold War reached its twilight, Gordievsky helped the West turn the tables on the KGB, exposing Russian spies and helping to foil countless intelligence plots, as the Soviet leadership grew increasingly paranoid at the United States’s nuclear first-strike capabilities and brought the world closer to the brink of war. Desperate to keep the circle of trust close, MI6 never revealed Gordievsky’s name to its counterparts in the CIA, which in turn grew obsessed with figuring out the identity of Britain’s obviously top-level source. Their obsession ultimately doomed Gordievsky: the CIA officer assigned to identify him was none other than Aldrich Ames, the man who would become infamous for secretly spying for the Soviets.

Unfolding the delicious three-way gamesmanship between America, Britain, and the Soviet Union, and culminating in the gripping cinematic beat-by-beat of Gordievsky’s nail-biting escape from Moscow in 1985, Ben Macintyre’s latest may be his best yet. Like the greatest novels of John le Carré, it brings readers deep into a world of treachery and betrayal, where the lines bleed between the personal and the professional, and one man’s hatred of communism had the power to change the future of nations. 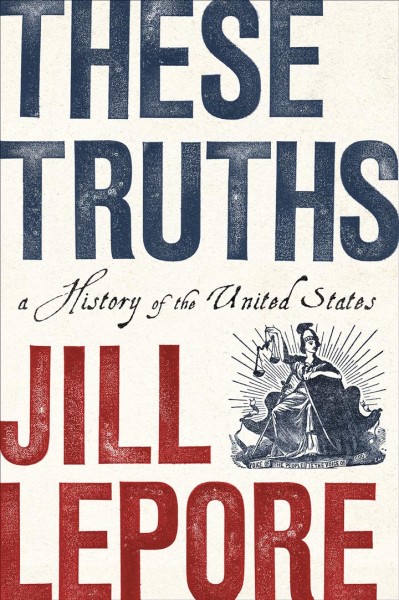 These Truths: A History of the United States by Jill Lepore

In the most ambitious one-volume American history in decades, award-winning historian Jill Lepore offers a magisterial account of the origins and rise of a divided nation.

The American experiment rests on three ideas―“these truths,” Jefferson called them―political equality, natural rights, and the sovereignty of the people. And it rests, too, “on a dedication to inquiry, fearless and unflinching,” writes Jill Lepore in a groundbreaking investigation into the American past that places truth itself at the center of the nation’s history. In riveting prose, These Truths tells the story of America, beginning in 1492, to ask whether the course of events has proven the nation’s founding truths, or belied them. “A nation born in contradiction, liberty in a land of slavery, sovereignty in a land of conquest, will fight, forever, over the meaning of its history,” Lepore writes, finding meaning in those very contradictions as she weaves American history into a majestic tapestry of faith and hope, of peril and prosperity, of technological progress and moral anguish. A spellbinding chronicle filled with arresting sketches of Americans from John Winthrop and Frederick Douglass to Pauli Murray and Phyllis Schlafly, These Truths offers an authoritative new history of a great, and greatly troubled, nation. 127 illustrations 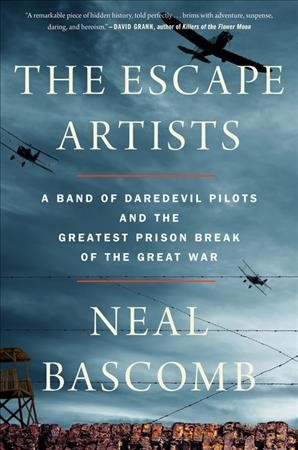 Escape Artists: A Band of Daredevil Pilots and the Greatest Prison Break of the Great War by Neal Bascomb

In the winter trenches and flak-filled skies of World War I, soldiers and pilots alike might avoid death, only to find themselves imprisoned in Germany’s archipelago of POW camps, often in abominable conditions. The most infamous was Holzminden, a land-locked Alcatraz of sorts that housed the most troublesome, escape-prone prisoners. Its commandant was a boorish, hate-filled tyrant named Karl Niemeyer who swore that none should ever leave.

Desperate to break out of “Hellminden” and return to the fight, a group of Allied prisoners led by ace pilot (and former Army sapper) David Gray hatch an elaborate escape plan. Their plot demands a risky feat of engineering as well as a bevy of disguises, forged documents, fake walls, and steely resolve. Once beyond the watch towers and round-the-clock patrols, Gray and almost a dozen of his half-starved fellow prisoners must then make a heroic 150 mile dash through enemy-occupied territory towards free Holland.

Drawing on never-before-seen memoirs and letters, Neal Bascomb brings this narrative to cinematic life, amid the twilight of the British Empire and the darkest, most savage hours of the fight against Germany. At turns tragic, funny, inspirational, and nail-biting suspenseful, this is the little-known story of the biggest POW breakout of the Great War. 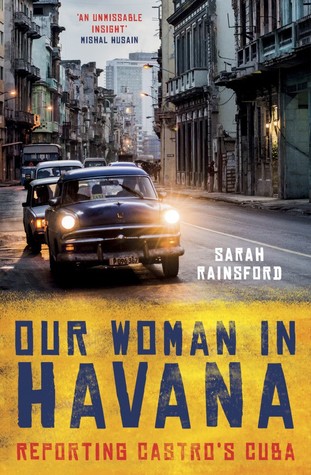 Our Woman in Havana: Reporting Castro’s Cuba by Sara Rainsford

Sixty years ago, Graham Greene watched as the Cuban revolution unfolded and Batista’s regime collapsed. Now, as the Castro era comes to a close, Sarah Rainsford, formerly the BBC’s ‘woman in Havana’, reports on the lives shaped by Fidel’s giant social experiment and the feelings of a nation as his brother Raul steps down.

She encounters entrepreneurs full of hope and the disillusioned still looking for a way out. She meets a boxing legend who credits everything he has to the revolution and the dissidents caught on surveillance cameras every time they set foot outside their homes.

She also discovers the trailblazing work of Ruby Hart Phillips, New York Times correspondent in Havana 1937-61 – and a rare woman journalist in a macho world – who reported every step of the revolution and came face to face with Fidel himself.

Through these stories and those still being told, Our Woman in Havana weaves an enthralling, atmospheric portrait of this enigmatic country as it teeters, once more, at a historic crossroads.