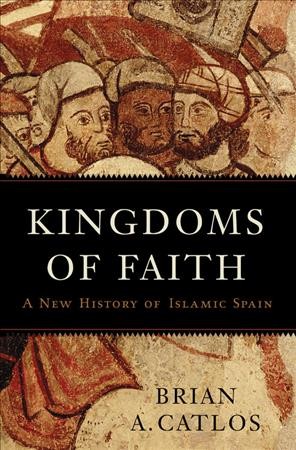 Unless you are a close follower of Spanish history you may not be aware that prior to modern times there technically was no such thing as Spain. Originally the concept of Spain was just the region of Hispania, the Roman province on the Iberian peninsula. Even during the early modern period the people we think of as the Kings and Queens of Spain were actually Kings and Queens of individual regions that added up to Spain. During the middle ages Spain was an even more complicated collection of Visigothic, Arabic, Berber and Byzantine kingdoms and communities. That is where Catlos’ Kingdoms of Faith comes.

You see after the last Muslim state was crushed by Ferdinand and Isabella in 1492 historians and Spanish politicians rushed to create the idea that the Muslims in Spain were conquerors and that good Christians like Ferdinand and Isabella had been locked in a centuries long fight to expel them. This is an idea that still remains today. More recently though there have been scholars who have gone all the way in the other direction to argue that actually Muslims where not seen as conquerors and throughout the Middle Ages, Muslims, Jews and Christians lived in harmony while the rest of Medieval Europe when to hell in a hand basket.

Catlos also makes the point that Christianity and Islam were religions in flux. They were relatively new and the rules that governed them were not hard and fast. Loyalties to them were not set in stone. It might be relatively easy for a Christian to decide to be a Muslim and vise versa if the situation warranted. It wasn’t until Christians and Muslims set down centuries later after the concepts of their regions had hardened did the idea of an exclusive Christians vs Muslims conflict emerge.

The one thing that really appealed to me about this book was the complexity it introduces. I dislike and distrusts binary concepts of history. I’ve found that history is way more complicated than a simple yes or no decision and that typically people who reduce it to a binary concept have an ax to grind. That said this book has a lot to keep track of. Kingdoms come and kingdoms go and the political and military machinations put Game of Thrones to shame so it can be a slow read if you are not into the subject.