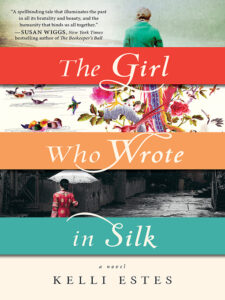 The Girl Who Wrote in Silk – Kelli Estes

“Inspired by true events, Kelli Estes’s brilliant and atmospheric debut serves as a poignant tale of two women determined to do the right thing, and the power of our own stories.

The smallest items can hold centuries of secrets…

Inara Erickson is exploring her deceased aunt’s island estate when she finds an elaborately stitched piece of fabric hidden in the house. As she peels back layer upon layer of the secrets it holds, Inara’s life becomes interwoven with that of Mei Lein, a young Chinese girl mysteriously driven from her home a century before. Through the stories Mei Lein tells in silk, Inara uncovers a tragic truth that will shake her family to its core — and force her to make an impossible choice.” 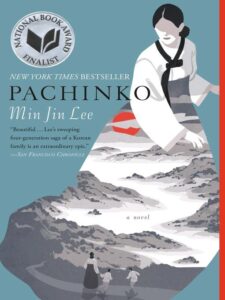 “‘There could only be a few winners, and a lot of losers. And yet we played on, because we had hope that we might be the lucky ones.’

In the early 1900s, teenaged Sunja, the adored daughter of a crippled fisherman, falls for a wealthy stranger at the seashore near her home in Korea. He promises her the world, but when she discovers she is pregnant—and that her lover is married—she refuses to be bought. Instead, she accepts an offer of marriage from a gentle, sickly minister passing through on his way to Japan. But her decision to abandon her home, and to reject her son’s powerful father, sets off a dramatic saga that will echo down through the generations.

Richly told and profoundly moving, Pachinko is a story of love, sacrifice, ambition, and loyalty. From bustling street markets to the halls of Japan’s finest universities to the pachinko parlors of the criminal underworld, Lee’s complex and passionate characters—strong, stubborn women, devoted sisters and sons, fathers shaken by moral crisis—survive and thrive against the indifferent arc of history.” 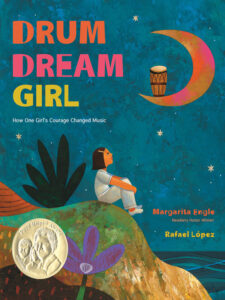 “Girls cannot be drummers. Long ago on an island filled with music, no one questioned that rule—until the drum dream girl. In her city of drumbeats, she dreamed of pounding tall congas and tapping small bongós. She had to keep quiet. She had to practice in secret. But when at last her dream-bright music was heard, everyone sang and danced and decided that both girls and boys should be free to drum and dream. 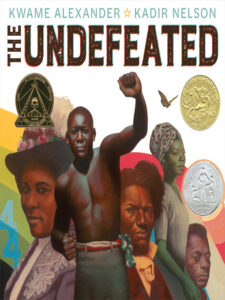 Originally performed for ESPN’s The Undefeated, this poem is a love letter to black life in the United States. It highlights the unspeakable trauma of slavery, the faith and fire of the civil rights movement, and the grit, passion, and perseverance of some of the world’s greatest heroes. The text is also peppered with references to the words of Martin Luther King, Jr., Langston Hughes, Gwendolyn Brooks, and others, offering deeper insights into the accomplishments of the past, while bringing stark attention to the endurance and spirit of those surviving and thriving in the present. Robust back matter at the end provides valuable historical context and additional detail for those wishing to learn more.